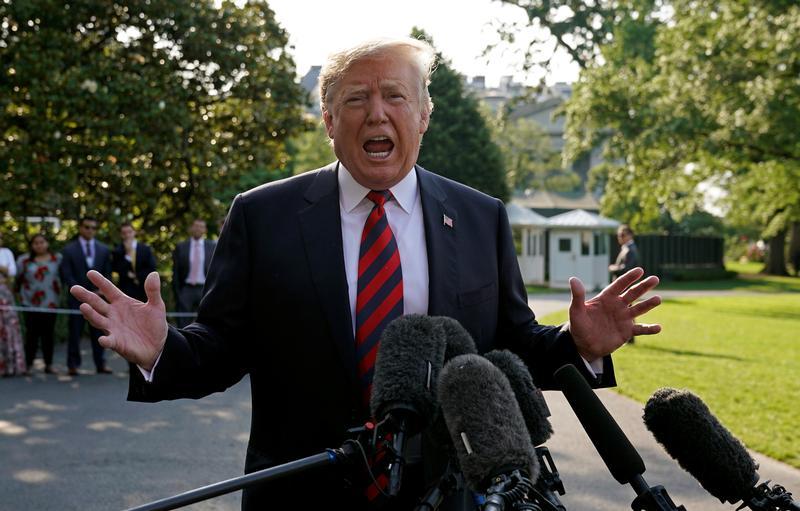 President Trump announced Friday that the U.S. will impose a 25 percent tariff on $50 billion of goods from China. The Trump administration is imposing the tariffs "in light of China's ... unfair trade practices," a statement from the White House said.

The administration also threatened to impose more tariffs should China retaliate — and China has already indicated it would. "We will immediately introduce taxation measures of the same scale and with the same intensity," said a statement from China's commerce ministry, according to the Xinhua wire service.

Tensions among America's trading partners have been steadily rising. Mr. Trump has already slapped tariffs on steel and aluminum imports from Canada, Mexico and European allies, and those countries have responded in kind.

But until now, the dollar amounts involved have been relatively small. The imposition of $50 billion in tariffs marks a significant escalation, especially with the potential for an additional $100 billion. The tariffs are set to begin July 6 for $34 billion worth of the goods; a review period will begin for the remaining $16 billion.

A statement from the United States Trade Representative said the tariffs specifically target Chinese goods tied to technology and innovation. Tariffs raise costs for businesses, and could lead to Americans paying more for a wide range of products. The statement said the list of products did not include goods "commonly purchased by American consumers such as cellular telephones or televisions."

There are three primary ways U.S. tariffs on China could hurt American companies. Tariffs on Chinese imports would increase the cost of raw materials for U.S. businesses, forcing them to pay more to make the same goods, whether cars, appliances or electronics. China's reciprocal tariffs make U.S. goods more expensive for Chinese consumers, hurting the many businesses trying their luck in the world's largest market.

Finally, China could make it hard for American companies to do business using other methods, such as increasing regulations on U.S. companies in China or slowing down deals.

China sells the U.S. $375 billion more in goods than it buys, and Mr. Trump has been determined to lower that number. But a wide range of American businesses depend on China, and American farmers are one potential target for retaliation from China.

For example, last year the U.S. exported $1.1 billion worth of pork to China. It's an industry that supports about 550,000 jobs in mostly rural America. And 56 percent of all U.S. soybean exports go to China.