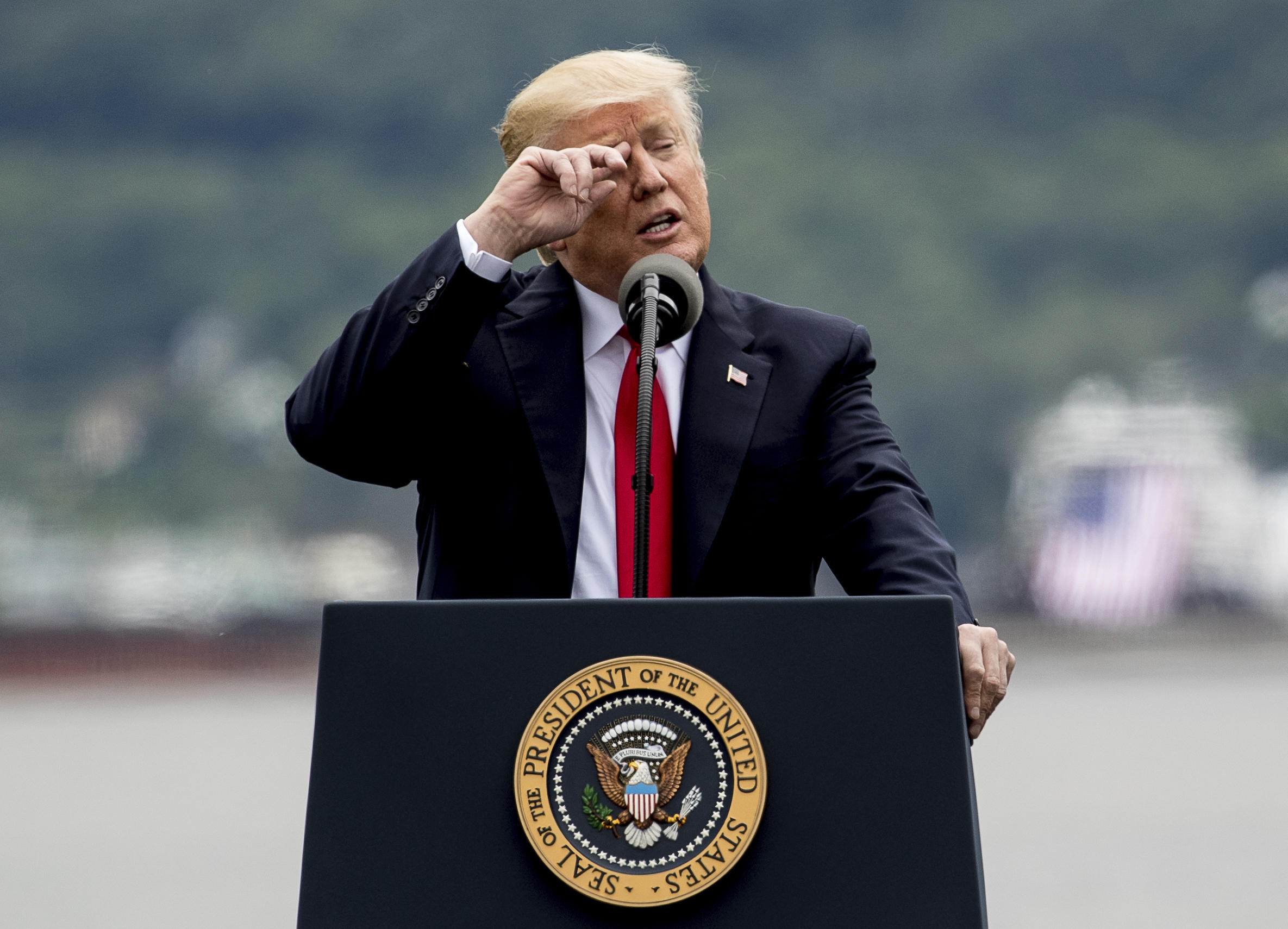 "The Democrats are really in our way," the president said in remarks at the Cincinnati airport, prior to another event on infrastructure. He spoke with what he called "ObamaCare victims" standing by his side. He told supporters that Democrats "are destroying health care in this country."

He also blamed Democrats for the effects of the Affordable Care Act (ACA) passed under former President Obama, referring to it as "the Obamacare catastrophe created by congressional Democrats."

The House GOP's AHCA, which seeks to repeal and replace the ACA, narrowly passed through the House in May, and now, the Senate is working on its own version. Republican senators are more divided over the bill,however, and the timing of their vote is uncertain, although it may happen as soon as this month.

In his speech, the president criticized the ACA for its "horrendous" coverage, leaving people with "fewer choices" and said it was the reason health care providers are "leaving states." On Tuesday, Anthem, one of the nation's biggest health insurers says it will not return to Ohio's public insurance exchanges next year, which could leave consumers in 20 counties without an option for buying individual coverage on the exchange.

"Obamacare is in a total death spiral and the problems will only get worse if Congress fails to act," Mr. Trump said.