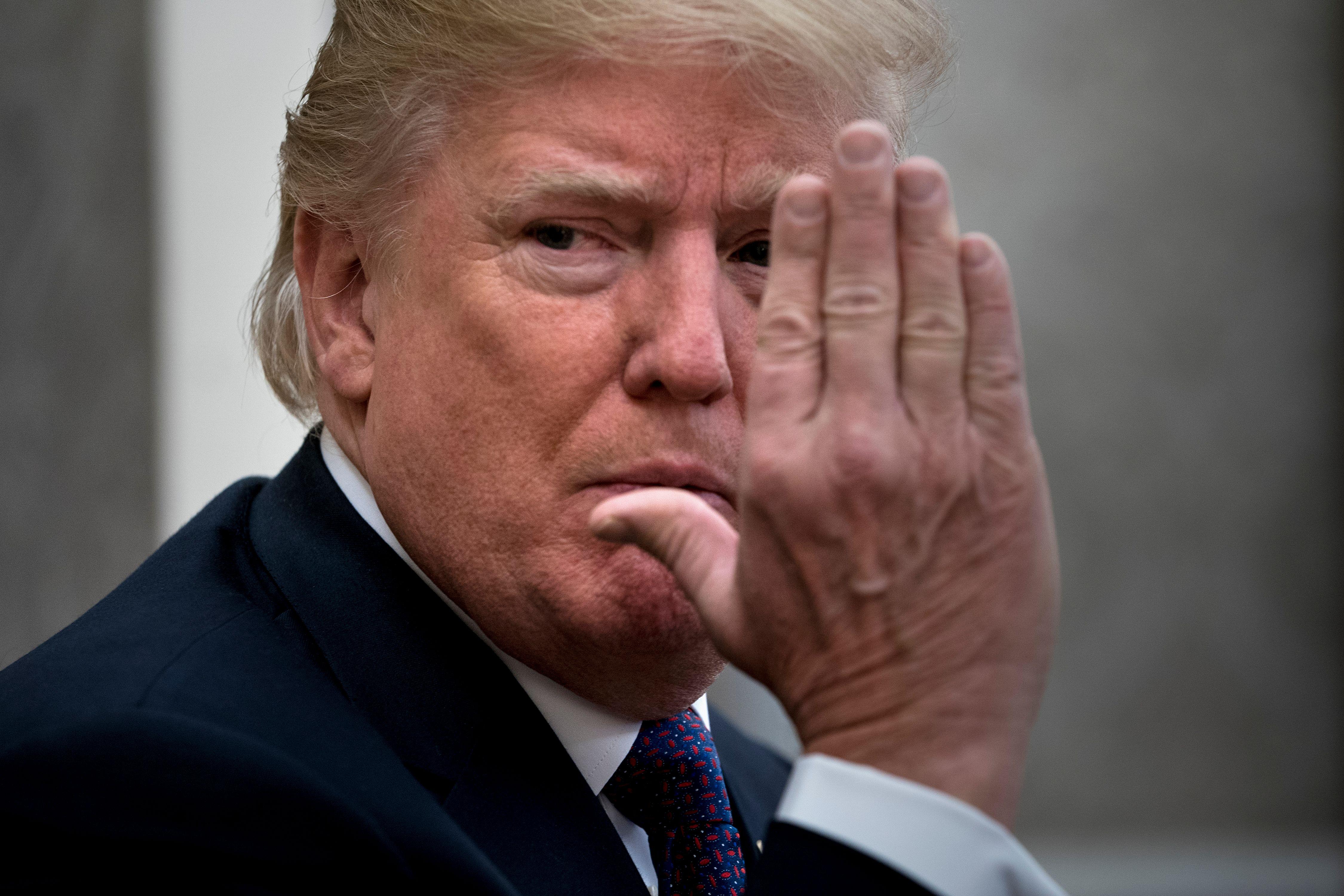 President Trump tweeted on Sunday that he is demanding the Department of Justice investigate whether the FBI "infiltrated or surveilled the Trump Campaign for Political Purposes." His demand, which he said he would be "officially" issuing on Monday, comes after days of threats by the president and his allies to expose the identity of an alleged FBI informant who interacted with Trump campaign official in 2016 while the bureau looked into potential ties between the Russian government and members of the campaign.

The informant's purported role in the Russia investigation was reported by both the New York Times and Washington Post. Mr. Trump added in his tweet on Sunday that he will ask DOJ to investigate whether any potential surveillance was ordered "by people within the Obama administration!"

Justice Department spokesperson Sarah Flores released a statement saying that the department "has asked the Inspector General to expand the ongoing review of the FISA application process to include determining whether there was any impropriety or political motivation in how the FBI conducted its counterintelligence investigation of persons suspected of involvement with the Russian agents who interfered in the 2016 presidential election."

Her statement also said that "the Inspector General will consult with the appropriate U.S. Attorney if there is any evidence of potential criminal conduct," and it said that Deputy Attorney General Rod Rosenstein issued a statement saying, "If anyone did infiltrate or surveil participants in a presidential campaign for inappropriate purposes, we need to know about it and take appropriate action."

The president's announcement followed a series of earlier tweets on Sunday in which Mr. Trump lambasted the special counsel's Russia investigation as the "world's most expensive Witch Hunt."

He repeatedly claimed that the investigation has so far yielded no results in its efforts to find proof of collusion between the campaign and Russia, and instead suggested the probe should now look into "corruption in the Hillary Clinton Campaign."

"Republicans and real Americans should start getting tough on this Scam," he urged.

The ranking Democrat on the House Intelligence Committee, Rep. Adam Schiff of California, in a tweet Sunday called Mr. Trump's demand for the DOJ investigation "an abuse of power" and "an effort to distract from his growing legal problems."

The Associated Press reports that Giuliani said that Mueller's probe could end by Sept. 1 if Mr. Trump were to sit for an interview in July, which is the legal team's new working plan.

"We said to them, 'If we're going to be interviewed in July, how much time until the report gets issued?'" Giuliani told AP on Sunday, referring to the report Mueller is expected to issue to Congress at the conclusion of his investigation. "They said September, which is good for everyone, because no one wants this to drag into the midterms."

Giuliania told the AP that the probe's conclusion would be the "culmination of the investigation into the president."

Meanwhile, it's still unclear when or if the president will sit down for an interview with Mueller. The legal team initially said it hoped to make a decision on an interview by May 17, the one-year mark, but lawyer Rudy Giuliani told CBS News he hopes to have a final decision about whether Mr. Trump will sit for an interview with Special Counsel Robert Mueller before the president heads to Singapore for the highly anticipated North Korea summit in mid-June.

Giuliani on Sunday told the AP that the legal team and Mueller's team "were getting closer" to agreeing on the parameters on a potential interview.