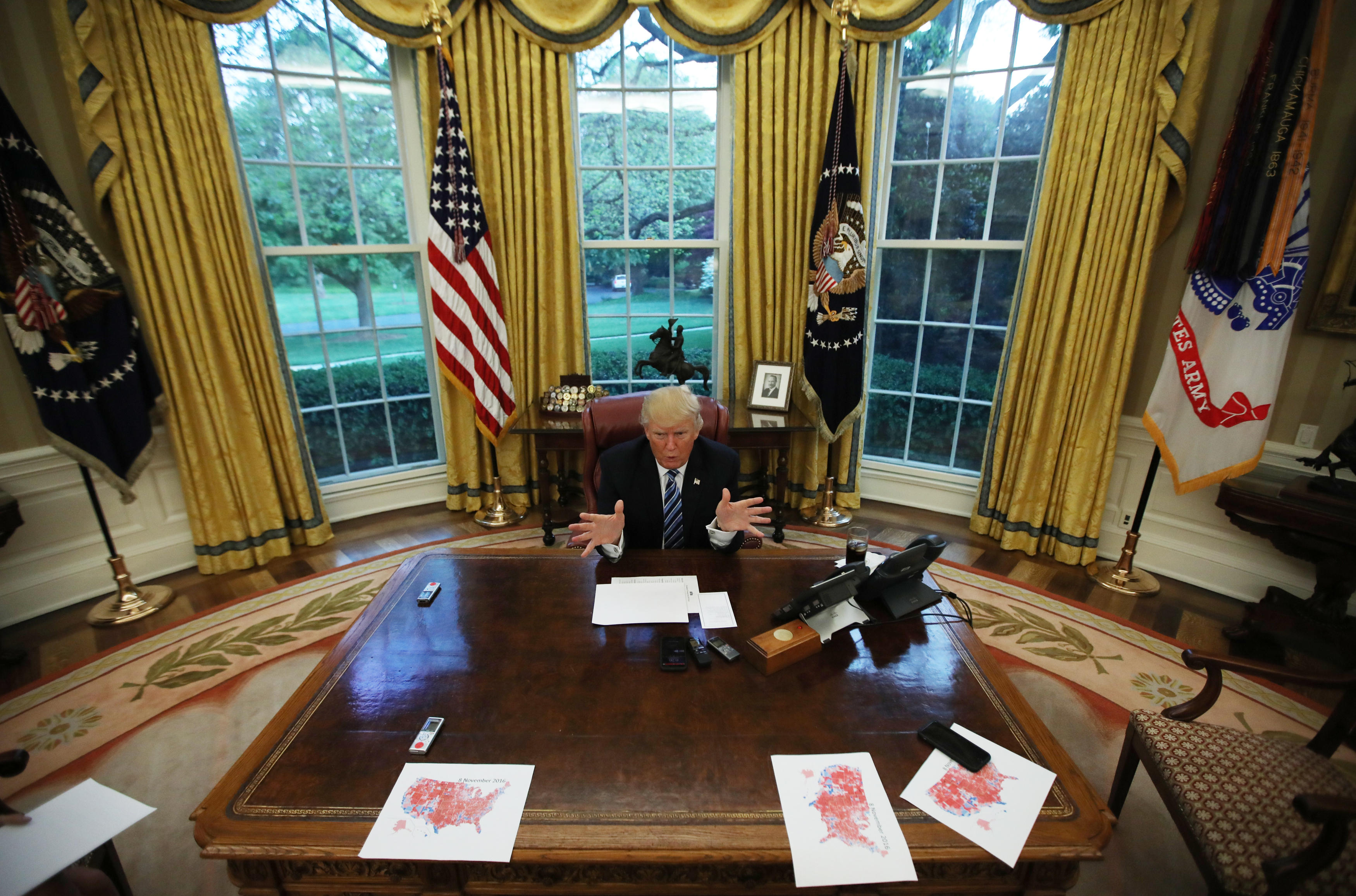 In his weekly address to the American people, President Donald Trump focused on the triumphs and successes his administration has made in its first 100 days in office.

"I truly believe that the first 100 days of my administration has been just about the most successful in our country's history," said Mr. Trump.

However, Mr. Trump has failed to achieve many of the goals he set out during the campaign. Of 38 specific promises Trump made in his 100-day "contract" with voters, he has accomplished 10, mostly through executive orders that don't require legislation. None of the 10 pieces of legislation he promised to sign have been passed by Congress, and most have not been introduced.

In his weekly address, the president went on to say that "in just 14 weeks, my administration has brought profound change to Washington, the most fundamental change can be found in the relationship between the people and their government."

From his first day in office, Mr. Trump said,  "I have governed by a simple idea, my only allegiance is to you, our wonderful citizens." He added, "Together we are seeing that great achievements are possible when we put the American people first."

Mr. Trump hailed the auto industry as an economic success, saying car companies have come  "roaring back" to the United States and that the country is "going up and it's going up fast."

The president also touched on the recent unveiling of his tax-cut plan, one Treasury Secretary Steve Mnuchin called "the biggest tax cut ever," saying it will have an enormous effect for the middle class and for American businesses.

Mr. Trump ended his speech by saying he was focused on the renewal of the American spirit, adding "as long a we always have faith in each other and trust in God, then the sun will always shine on our very glorious republic."