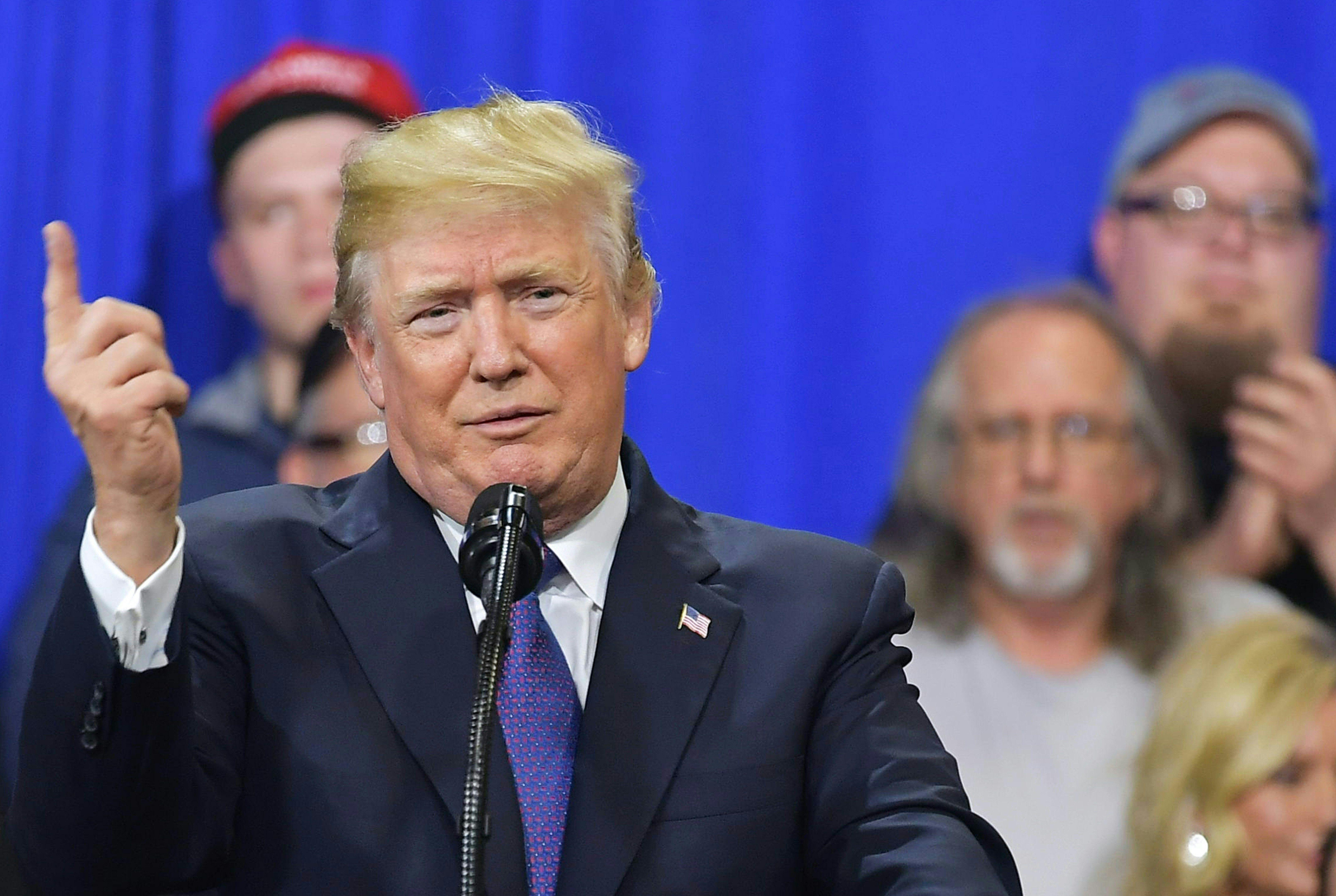 President Trump pushed his tax overhaul plan and manufacturing goals in Ohio on Monday while the Dow Jones industrial average dropped nearly 1,500 points over the course of his remarks.

The president touted the tax plan's benefits for manufacturing workers at the local Sheffer factory, saying he was able to deliver a "great Christmas present" to Americans. Over the course of Mr. Trump's remarks, the Dow plunged nearly 1,500 points, dipping below 25,000.

The president also looked ahead to the 2018 midterm elections, saying he "looked forward" to beating Rep. Nancy Pelosi and Sen. Chuck Schumer who Mr. Trump said want to "raise your taxes."

Mr. Trump called Pelosi his "secret weapon" saying "I just hope they don't change her." He also questioned how he was "supposed to make a deal" with Pelosi, alluding to upcoming budget negotiations as the government faces yet another threat of a shutdown on Feb. 8.

He also shifted to his State of the Union address, suggesting that Democrats' poor reactions to his speech were "un-American" even joking that the lack of applause was "treasonous." He called the silence coming from Democrats "bad energy" and "like death."

Meanwhile, Mr. Trump said his plan has so far "slashed" income taxes, "nearly doubled the standard deduction" and "doubled the child tax credit" which he said was "compliments very much of Ivanka Trump" adding that she "pressed" the president to include the benefit in his plan.

He said it was "pretty amazing" to deliver on the campaign promise but slammed Democrats for their lack of support of the plan.

"You can work hard but if you don't have the right leader setting the right tone," he added, "I am non-braggadocios."

The president acknowledged workers from Sheffer to share what they're going to do with an extra $1,000 bonus as a result of the tax plan. One employee said he was going to "save up money to start a family" and "get a bigger house." Another said she'll be using the "ongoing bonus in our paycheck" to help afford college tuition.

The Dow eventually plunged 1,175.21 points, or 4.6 percent, closing at 24,345.75 by 4 p.m. ET on Monday. Upon the president's arrival back to Washington, White House press secretary Sarah Huckabee Sanders released the following statement in response to the financial news:

"The President's focus is on our long-term economic fundamentals, which remain exceptionally strong, with strengthening U.S. economic growth, historically low unemployment, and increasing wages for American workers.  The President's tax cuts and regulatory reforms will further enhance the U.S. economy and continue to increase prosperity for the American people."