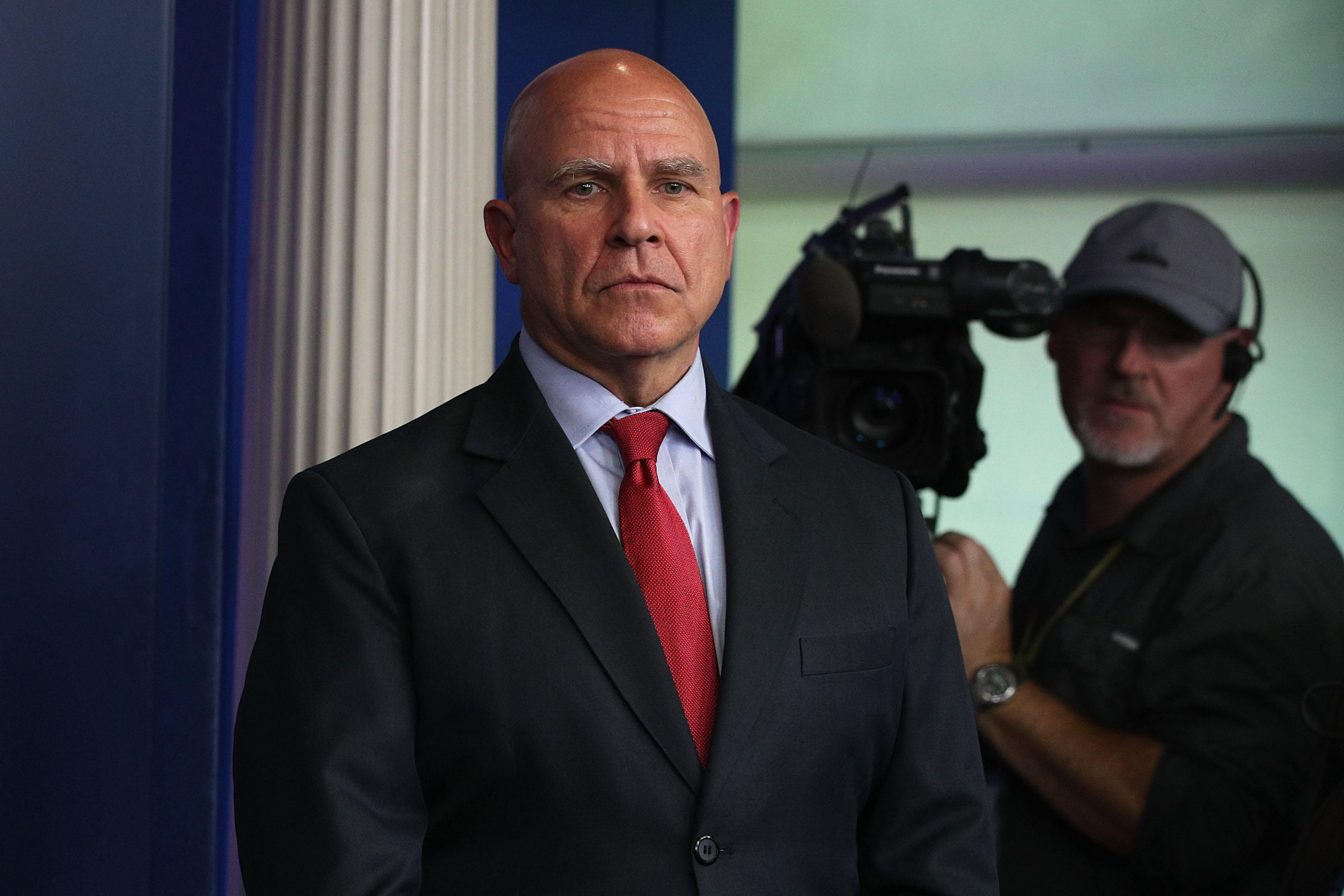 President Trump is standing up for his national security adviser, H.R. McMaster, calling him a "good man" amid calls for his ouster by conservatives.

In a statement to CBS News on Friday, the president said, "General McMaster and I are working very well together. He is a good man and very pro-Israel. I am grateful for the work he continues to do serving our country."

Mr. Trump first issued the statement to the New York Times in a story reporting that critics on the right were angered by McMaster's move to push out several conservative staff members on the national security team who had been brought on by Michael Flynn, McMaster's predecessor.

Ezra Cohen-Watnick, the 31-year old senior director for intelligence programs at the National Security Council (NSC), was ousted on Thursday.

"He has determined that, at this time, a different set of experiences is best-suited to carrying that work forward," a statement released by the White House said of Cohen-Watnick's release. "General McMaster is confident that Ezra will make many further significant contributions to national security in another position in the administration."

Last week, McMaster also removed Middle East director Derek Harvey from his position at the NSC due to a "difference in vision," according to a White House source. Harvey was also hired by Flynn, whose short-lived tenure as national security adviser came to an end in February.

McMaster has also drawn conservatives' ire by advising against pulling out of the nuclear agreement with Iran without a clear strategy in place for what comes next.

The attacks directed at McMaster came from conservative news sites and grew on social media. The hashtag #FireMcMaster has been tweeted more than 50,000 times since Wednesday, the Times reported, including by accounts linked to Russian cyber operations.

The Times also reported that advisers have floated the idea of Mr. Trump reassigning McMaster to take over as commander of U.S. forces in Afghanistan and installing current CIA director Mike Pompeo as national security adviser.

Such a move would be yet another top-level staff change in Mr. Trump's seven months in office -- and would come shortly after the recent resignations and terminations in the White House communications department and the appointment of John Kelly as White House chief of staff.

In an interview with MSNBC's Hugh Hewitt on Saturday, McMaster applauded the addition of Kelly, saying the former four-start Marine general improves the ability of the West Wing staff "to operate together as a team."

"What we've been able to do is to evolve authorities back to where they belong. And instead of thinking about tactics, the next little move, we've been trying to view problem sets and opportunities through the lens of our vital national interests, establish goals. Imagine that. Establish goals for our foreign policy and national security strategies," said McMaster.