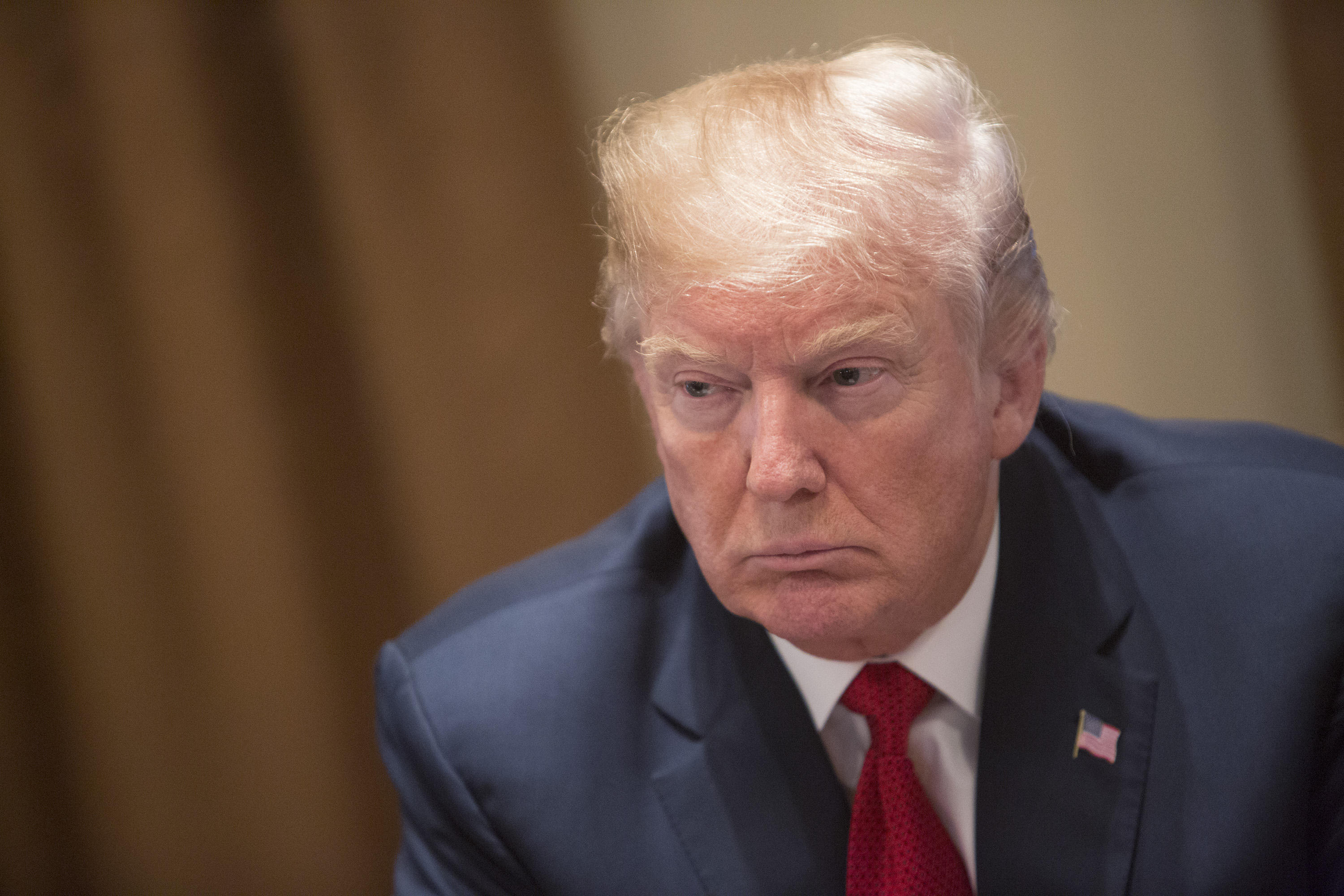 President Donald Trump is continuing his habit of painting immigrants as criminals, highlighting gang connections, calling family reunification a national security threat and bemoaning the death of a pro football player involved in a car accident with a man living in the country illegally.

Speaking to law enforcement officials at the White House on Tuesday, Trump singled out the MS-13 gang, which is believed to be behind 25 killings on New York's Long Island in the past two years, and has become a prime target of the Trump administration.

"We've really never seen anything quite like this, the level of ferocity, the level of violence, and the reforms we need from Congress to defeat it," Trump told law enforcement officials and lawmakers, eventually threatening another federal government shutdown if Democrats don't agree to pass an immigration package he said would help keep gang members out.

"If we don't get rid of these loopholes where killers are allowed to come into our country and continue to kill ... if we don't change it, let's have a shutdown," Trump suggested. "I'd love to see a shutdown if we don't get this stuff taken care of."

Trump's latest threat is part of a pressure campaign he has been waging to try to get Democrats to sign onto a sweeping immigration plan that they've rejected. The president wants billions for a southern border wall, major cuts to legal immigration, and more money for interior enforcement and other changes in exchange for granting a pathway to citizenship for up to 1.8 million young immigrants living in the country illegally.

Earlier Tuesday, Trump called on Democrats to "get tough" on immigration, citing the death of Indianapolis Colts linebacker Edwin Jackson, who was killed in a suspected drunken-driving crash involving a Guatemalan citizen living illegally in the U.S.

"So disgraceful that a person illegally in our country killed @Colts linebacker Edwin Jackson," Trump tweeted. "This is just one of many such preventable tragedies. We must get the Dems to get tough on the Border, and with illegal immigration, FAST!"

Trump has also continued to criticize the nation's legal immigration system, insisting that limiting immigrants' ability to sponsor their family members to join them in the country, and ending a visa lottery aimed at promoting diversity, will make the country safer.

"In the age of terrorism, these programs present risks we can no longer afford," he said in his State of the Union speech.

It's an issue that has been near and dear to the president's heart — and his base— since the day he launched his campaign and accused Mexico of sending its rapists across the border. Since his inauguration, Trump has marshalled government resources to try to portray immigration as a threat, despite several studies that have shown immigrants are actually less likely to commit crimes than people born in the United States.

Indeed, critics have repeatedly accused the administration of using faulty data and cherry-picked examples to make its case.

On Tuesday, Trump zeroed in on MS-13, or the Mara Salvatrucha, a gang established in the 1980s in Los Angeles by Central American refugees fleeing violence in their counties.

Federal prosecutors believe MS-13 now has thousands of members across the country, though statistics show they account for just a tiny fraction — less than 1 percent — of total U.S. gang membership. And while Trump administration officials have tried to portray the gang as comprised of a never-ending flow of illegal immigrants, some figures suggest most members are U.S. citizens.

Trump complained that thousands of gang members are arrested and deported from the U.S. only to return to the country. "Not another country in the world has the stupidity of laws that we do," he complained.

Trump has given Democrats until March 5 to agree to an immigration deal, though it's unclear exactly what will happen on that date

White House chief of staff John Kelly spent much of the day on Capitol Hill, meeting with congressional leaders about immigration. But he also drew criticism when he suggested some young immigrants were "too lazy" to sign up for the Obama-era program that offered protection from deportation and renewable work permits.

Kelly said Trump's recent offer to provide a path to citizenship for up to 1.8 million immigrants went "beyond what anyone could have imagined." A bipartisan offer by six senators that Trump rejected would have made citizenship possible for the 690,000 "Dreamers" registered under the program, known by its acronym DACA.

"There are 690,000 official DACA registrants and the president sent over what amounts to be two and a half times that number, to 1.8 million," Kelly said. "The difference between (690,000) and 1.8 million were the people that some would say were too afraid to sign up, others would say were too lazy to get off their asses, but they didn't sign up."

Immigration experts cite various reasons as to why people eligible for DACA's protections never applied, including fears that participating would expose them to immigration authorities.