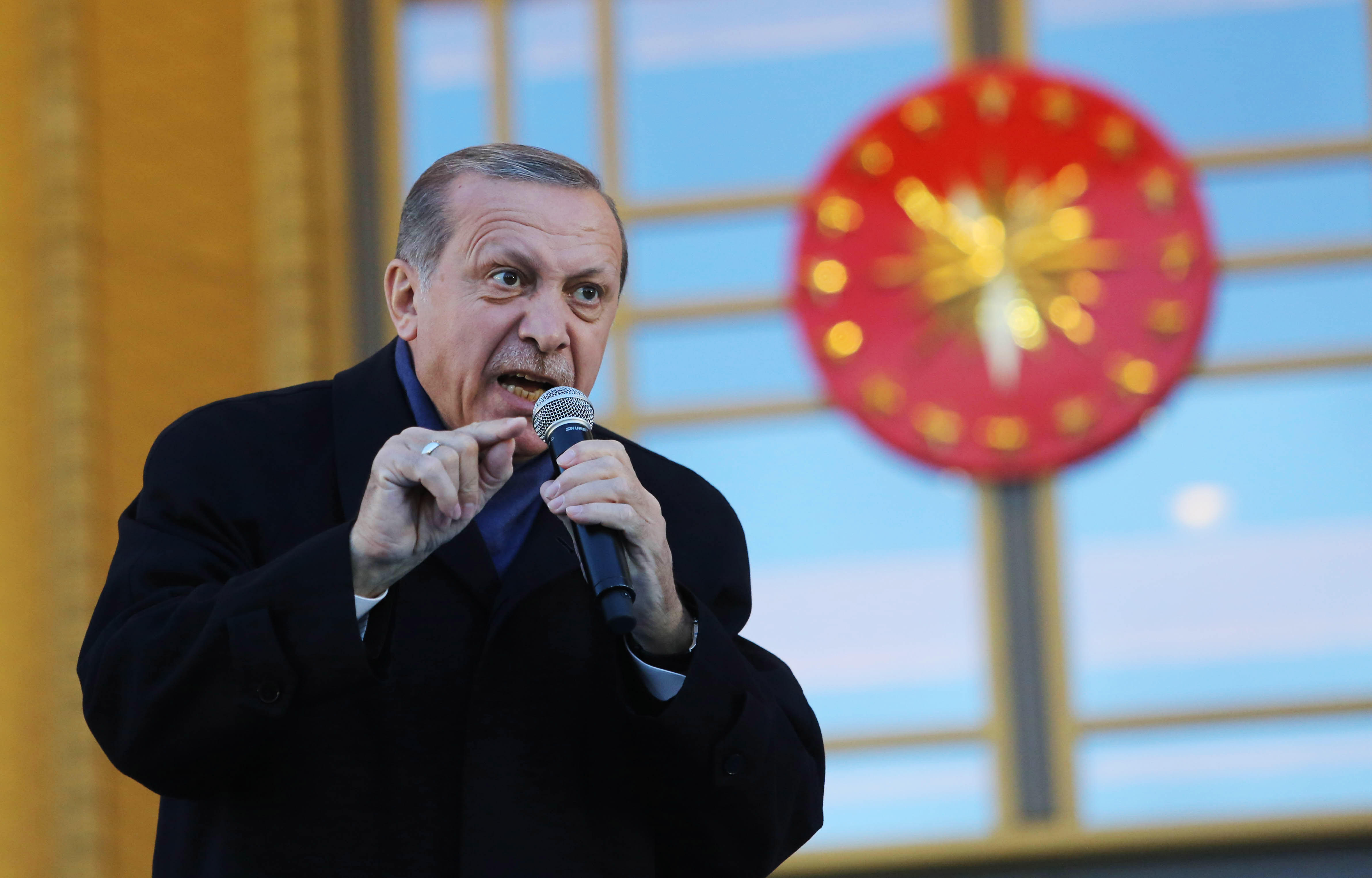 The move comes despite protests from opposition parties and international monitoring groups about voting irregularities during Sunday’s referendum. It aligns Mr. Trump with a leader who has taken on an increasingly authoritarian bent.

Voters Sunday narrowly approved constitutional amendments that will replace Turkey’s parliamentary system with a presidential one. Under the new system, the president will be able to appoint ministers and senior government officials, issue decrees and declare states of emergency.

Opposition parties have complained of a series of irregularities, including an electoral board decision to accept ballots that did not bear official stamps, as required by Turkish law. International monitors from the Organization for Security and Cooperation in Europe said the move undermined safeguards against fraud.

Earlier Monday, U.S. State Department spokesman Mark Toner echoed the concerns raised by the OSCE, pointing to “observed irregularities” on voting day and “an uneven playing field” during the campaign.

Alev Korun, a member of the OSCE mission that observed the referendum, told a radio program in her native Austria on Tuesday that, “there is a suspicion that up to 2.5 million votes could have been manipulated.”

“These complaints are to be taken very seriously and they are, in any case, of such an extent that they would turn around the outcome of the vote,” said Korun, who is a member of Austria’s parliament.

On Tuesday, the People’s Republican Party (CHP), Turkey’s main secularist opposition party, said it would officially file for the annulment of the referendum results with the country’s High Electoral Board (YSK). Deputy party chairman Bulent Tezcan said he would present the appeal to the YSK later Tuesday afternoon.

“With this illegal decision, ballot box councils (officials at polling stations) were misled into believing that the use of unstamped ballots was appropriate,” the Union of Turkish Bar Associations said in a statement, according to the Reuters news agency.

“The YSK announcement, which is clearly against the law, has led to irregularities, and the prevention of records that could uncover irregularities from being kept,” the bar said, expressing hopes that the YSK would appropriately evaluate the complaints.

Erdogan, meanwhile, called the referendum “the most democratic election ... ever seen in any Western country” and admonished the OSCE monitors to “know your place.”

Turkish Prime Minister Binali Yildirim dismissed on Tuesday the claims of irregularities, saying: “The people’s will has been reflected at the ballot box, and the debate is over. Everyone should respect the outcome, especially the main opposition.”

Critics argue the reforms in Turkey will hand extensive power to a man with an increasingly autocratic bent and leave few checks and balances in place.

Underscoring the complicated relationship between the U.S. and Turkey, the White House readout of Trump’s call also noted the pressing issues on which the U.S. has tried to work with Turkey, namely fighting the Islamic State group and quelling Syria’s civil war.

Earlier Monday, the White House had sidestepped questions on the referendum, with spokesman Sean Spicer saying the U.S. wanted to let an international commission review the results.

“They have a right to have elections and their people participated in that,” Spicer said. “Before we start getting into their government system, let this commission get through its work.”

Erdogan had a bumpy relationship with Trump’s predecessor. President Barack Obama initially viewed Erdogan as a possible model for a new generation of Muslim leaders and traveled to Turkey early in his first year in office. The two men spoke frequently during the start of Obama’s tenure.

But as Erdogan took a turn toward authoritarianism, his relationship with Obama worsened.

Last year, Obama said there were trends in Turkey that he was “troubled with,” including a fierce crackdown on the press.

“There is no doubt that President Erdogan has been repeatedly elected through a democratic process, but I think the approach that they’ve been taking towards the press is one that could lead Turkey down a path that would be very troubling,” Obama said in an April 2016 news conference.