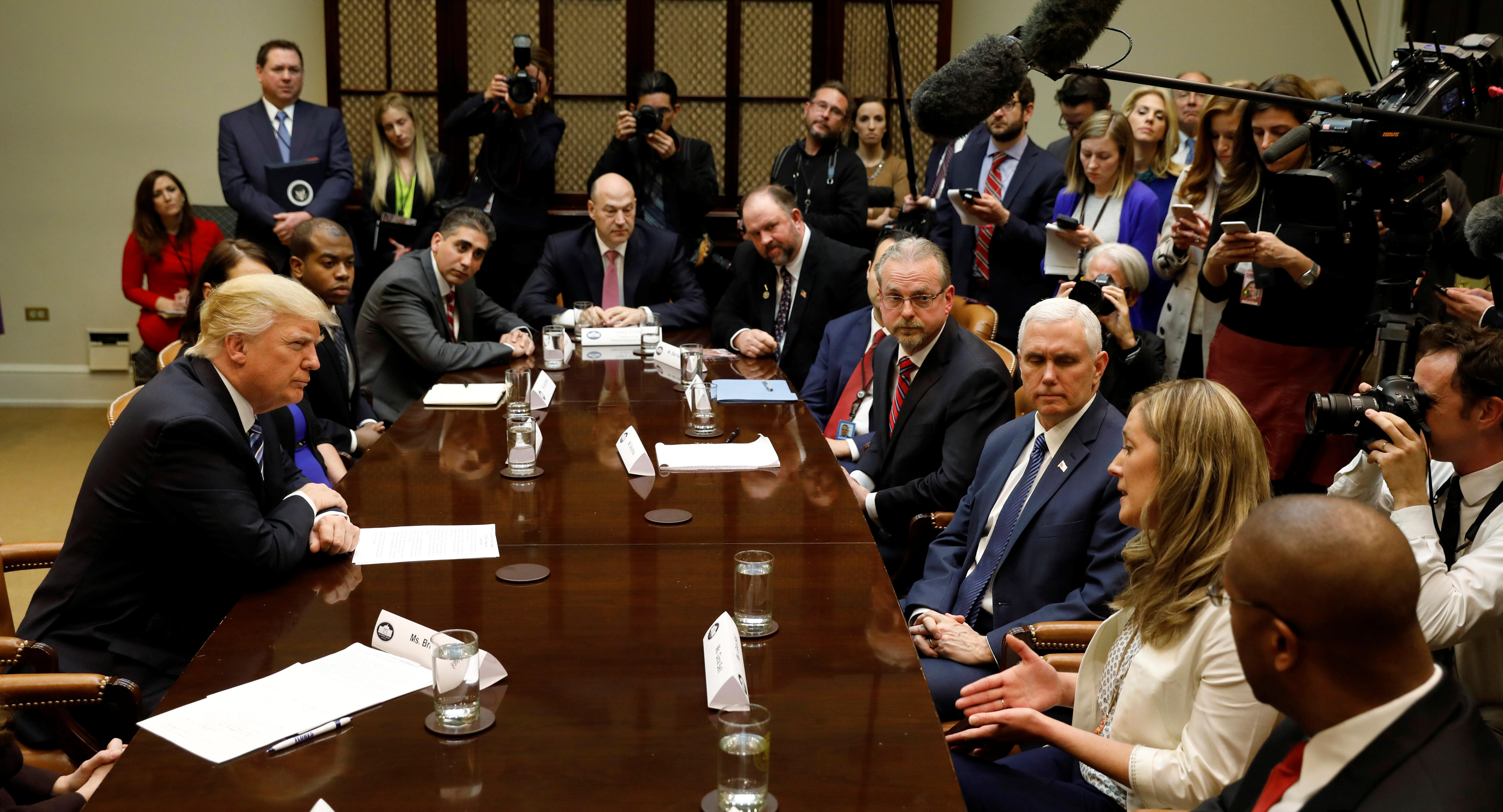 President Trump is continuing to make a push for the Republican plan to repeal and replace Obamacare, dismissing positive reports on the Affordable Care Act’s (ACA) health care coverage by comparing it to the former president.

It’s “a little bit like President Obama -- when he left, people liked him. When he was here, people didn’t like him so much,” he told a “listening session” of people who have complaints about the effects of the ACA. Obama’s approval rating when he left the presidency was 59 percent, according to Gallup.

Mr. Trump said of the ACA that it will be “imploded off the map,” and it’s only because of the impending repeal that “people think it’s so great.”

The plan has met with criticism from conservative Republicans, medical associations, seniors and conservative groups, and Republicans and the White House are also trying to downplay the anticipated scoring of the bill by the Congressional Budget Office (CBO). House Speaker Paul Ryan told CBS News’ “Face the Nation” Sunday he expected that CBO would find that some Americans would lose coverage.

“The one thing I’m certain will happen is CBO will say, ‘Well, gosh. Not as many people will get coverage,’” Ryan said. “You know why? Because this isn’t a government mandate. This is not the government that makes you buy what we say you should buy and therefore the government thinks you’re all going to buy it.”

“We’re not going to have one-size-fits-all,” Mr. Trump told the group, which also included the vice president and HHS Secretary Tom Price. “Instead, we’re going to be working to unleash the power of the private marketplace to let insurers come in and compete for your business. And you’ll see rates go down, down, down, and you’ll see plans go up, up, up. You’ll have a lot of choices. You’ll have plans that no one’s even thinking of today.”

“More competition and less regulation will finally bring down the cost of care,” he promised.

The president said of the people at the table that they represented those who had seen their premiums increase “by double digits and even triple digits” under Obamacare.