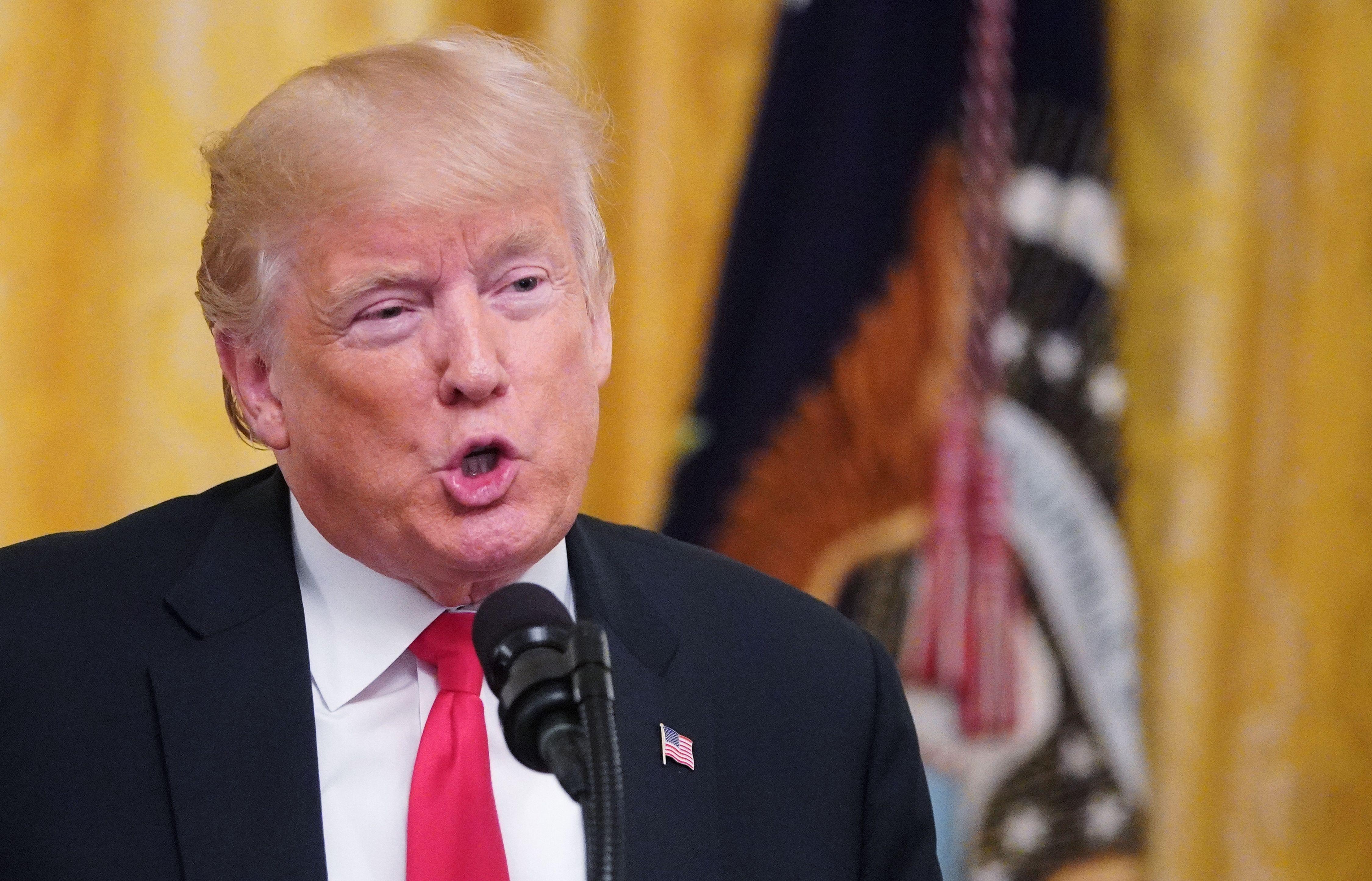 President Trump on Wednesday declared that political violence has "no place" in the United States, after suspicious packages were sent to the Clintons, former President Barack Obama, Rep. Maxine Waters and CNN. The package that was sent to CNN was addressed to former CIA director John Brennan, and another package intended for former attorney general Eric Holder was sent to former DNC chair Debbie Wasserman Schultz, who was listed on the return address.

None of the packages reached their intended targets, and federal authorities are investigating. Mr. Trump has been briefed, and said at a White House event on the opioid crisis Wednesday the federal government will spare no expense getting to the bottom of what happened.

"We will spare no resources or expense in this effort," the president said of the investigation into devices sent to those individuals. "We have to come together and send one very clear, strong, unmistakable message that acts or threats of political violence of any kind have no place in the U.S."

"This egregious conduct is abhorrent to everything we hold dear and sacred as Americans," he added. "My administration will provide additional updates as they become available. And I just want to thank everybody for their understanding. We're extremely angry, upset, unhappy about what we witnessed this morning and we will get to the bottom of it."

They were the president's first live comments about the targets, although he did tweet his agreement with comments made by Vice President Mike Pence earlier in the day.

The president did not mention any of the targets by name, and did not reference CNN at all.

First Lady Melania Trump also condemned the package attempts, speaking on stage before her husband: "We cannot tolerate those cowardly attacks and I strongly condemn all who choose violence," she said.

The president offered his remarks ahead of an expected bill signing intended to curb the opioid crisis. Mr. Trump nearly left the East Room Wednesday without signing the bill, and had to be reminded by the first lady.

Last year, the president declared a national emergency over the opioid epidemic. But since he stopped short of declaring the crisis a national public health emergency, few new resources could be devoted to the crisis, a fact that was not lost on the president's critics. The legislation the president is signing is intended to inject additional financial resources.

A number of businesses, including Amazon, CVS, Blue Cross Blue Shield, Facebook and Google committed to helping the administration fight the epidemic.

Opioid overdoses cost 42,000 lives in 2016, according to U.S. Health and Human Services. The crisis has also cost the economy an estimated $1 trillion.

The president has blamed much of the crisis on poor border security, arguing that the United States' immigration laws are allowing drugs to pour over the U.S.-Mexico border.

"The assault on our country at our Southern Border, including the Criminal elements and DRUGS pouring in, is far more important to me, as President, than Trade or the USMCA," the president tweeted last week. "Hopefully Mexico will stop this onslaught at their Northern Border. All Democrats fault for weak laws!"