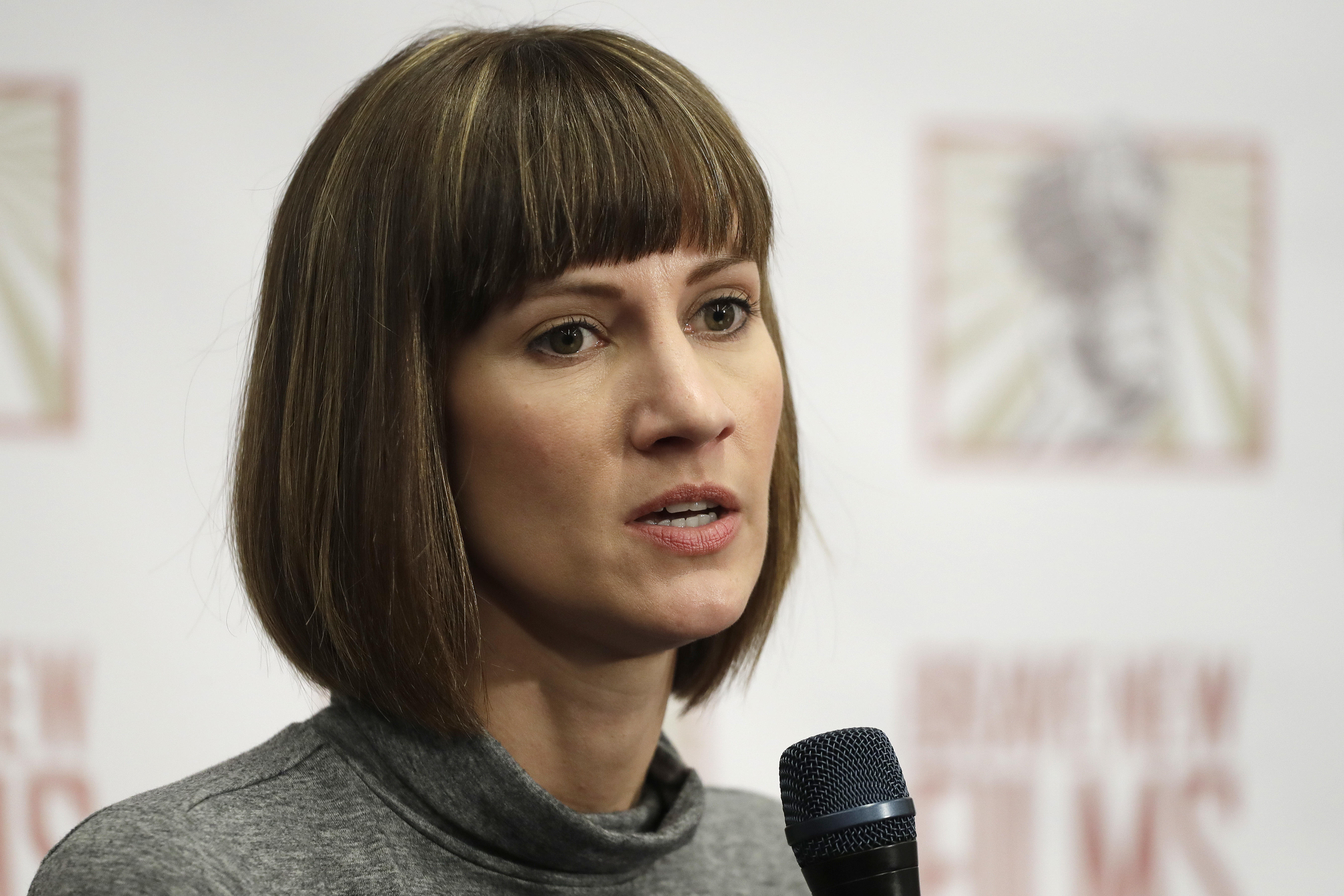 President Trump is lashing out at a woman who claims he once forcibly kissed her, saying it "never happened!"

Mr. Trump tweeted Tuesday: "Who would do this in a public space with live security......cameras running. Another False Accusation." The president says he doesn't know Rachel Crooks and "to the best of my knowledge, never met" her.

Crooks responded with a fiery tweet of her own, saying, "Please, by all means, share the footage from the hallway outside the 24th floor residential elevator bank on the morning of January 11, 2006. Let's clear this up for everyone. It's liars like you in politics that have prompted me to run for office myself."

Crooks is among 14 women who have accused Mr. Trump of past inappropriate behavior. The president has denied the allegations. The Washington Post featured Crooks in a story Tuesday, but she first went public during the 2016 election.

She said she was a 22-year-old receptionist at Trump Tower in New York in 2005 when Mr. Trump kissed her repeatedly on the cheeks and then "directly on the mouth" during an introductory conversation. Now 35 years of age, Crooks is now running for state legislature in Ohio as a Democrat, in House District 88.

The president also wondered over Twitter why the Washington Post doesn't report about women taking money to make up stories about him. One, he tweeted, "had her home mortgage paid off," which, he said Fox News reported. In fact, The Hill reported that attorney Lisa Bloom, who represented a few of the women who accused Mr. Trump, set up a GoFundMe account for one accuser, Jill Harth, and also received a donation that paid off Harth's mortgage on her Queens apartment. Harth told Snopes that she didn't profit from telling her story. "I lost jobs for the whole year of 2016. I was so upset I couldn't focus. I lost friends, clients — that donation helped me to survive," Harth said. Harth accused Trump of sexual misconduct. At one point, she also dated him.