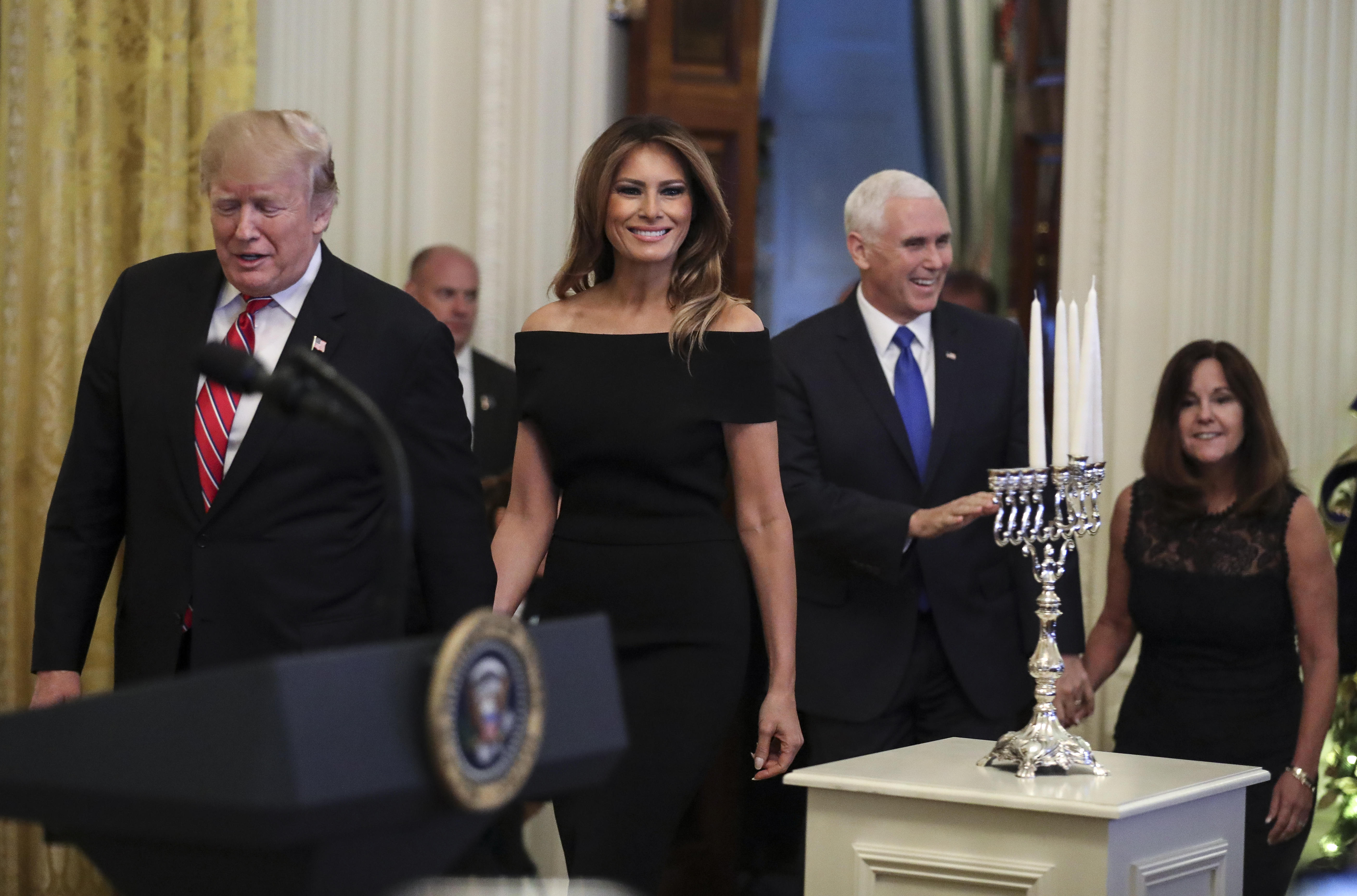 President Trump is speaking at two Hanukkah receptions in the White House East room Thursday afternoon. Thursday marks the fifth night of the Festival of Lights.

In his first of two Hanukkah events, Mr. Trump remembered the life of former President George H.W. Bush, calling him a wonderful man. He went on to condemn anti-Semitism, specifically mentioning the mass shooting at the Tree of Life synagogue.

"Five weeks ago our nation mourned a horrific tragedy," Mr. Trump said. "... Jewish Americans were brutally murdered in a sinister anti-Semitic attack on the Tree of Life Synagogue in Pittsburgh. And we went to see what had happened and to meet some of the people, and they were incredible people. And the way they stood up so bravely, so proudly was just something very incredible to see. And the rabbi was just a great person."

"In the aftermath of that wicked assault, we reaffirmed our solemn duty to confront anti-Semitism everywhere it occurs. We must stamp out this vile hatred from the world."

Mr. Trump hosted a Hanukkah event at the White House last year, too. Then, the New York Times reported the White House didn't invite congressional Democrats and Jewish leaders who had been critical of him.

Mr. Trump tweeted earlier this week that he and first lady Melania Trump send their "best wishes for a blessed and happy Hanukkah!"

Mr. Trump has made few public appearance this week, and designated Wednesday as a national day of mourning given the death of the 41st president.