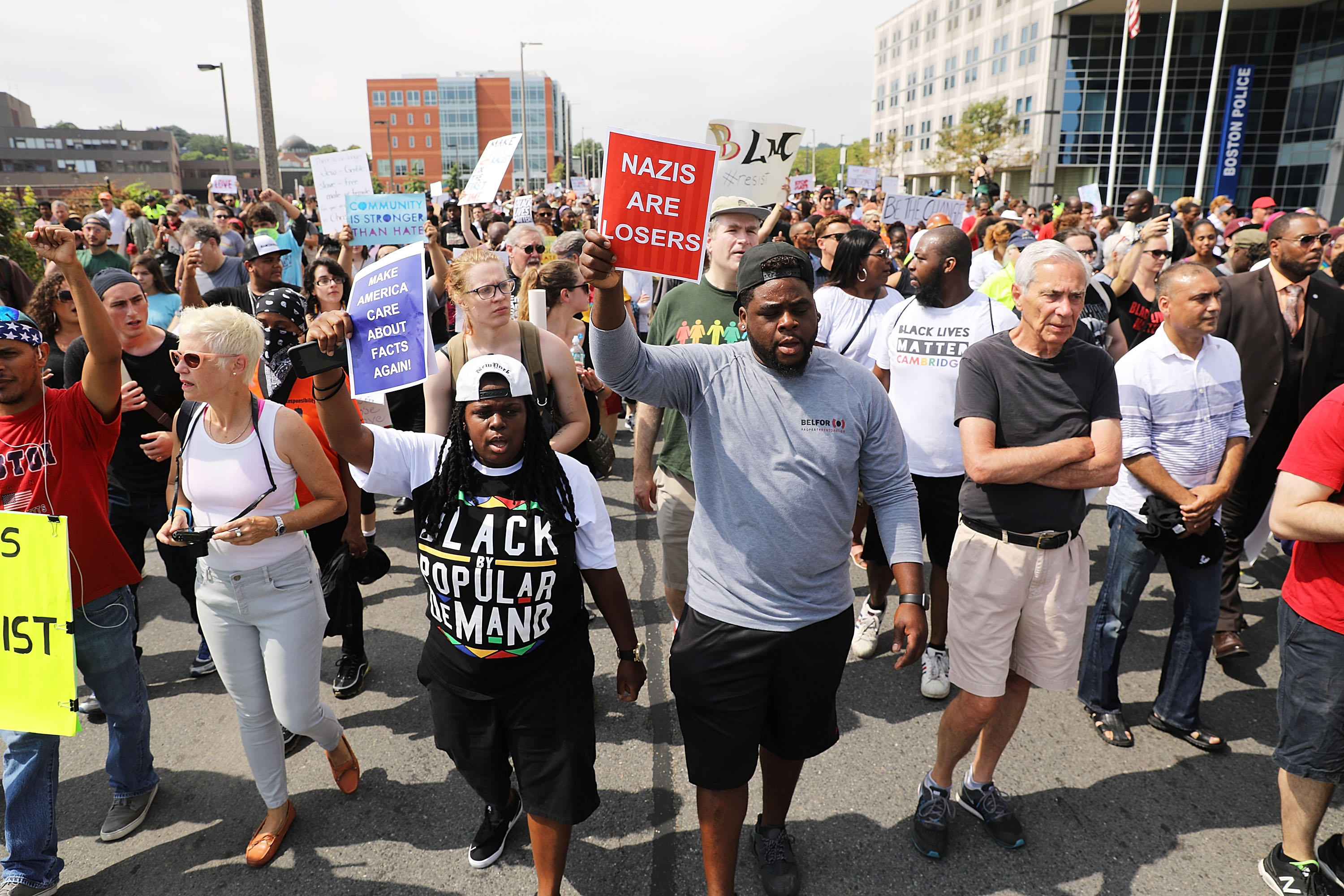 President Trump decried "anti-police agitators" in Boston Saturday, after thousands of demonstrators with anti-Nazi and anti-racism signs and chants drowned out a small group of white nationalists holding a "free speech" rally.

The president, taking to Twitter to praise police as "looking tough and smart," thanked them and Boston Mayor Marty Walsh for their handling of the event.

Police did appear to scuffle with a large crowd of counter-protesters Saturday, but the president's response to the event that drew tens of thousands of largely peaceful counter-protesters is sure to spark criticism. Mr. Trump is already under fire for saying there were "very fine people" among the white nationalist protesters in last week's deadly events in Charlottesville, Virginia, and for claiming "many sides" were to blame for the violence.

The president also said protest is sometimes necessary to "heal" the nation.

The group that organized the "free speech" rally had until recently intended to have speakers with ties to white nationalism. Boston police did experience some confrontation against them, the Boston Police Department's Twitter account seems to indicate. The police commissioner said 27 people were arrested throughout the day.

"Tough and smart" was a preferred term for the president on Saturday, as he prepares to return from a working vacation at his golf club in New Jersey. Two hours before his tweets about Boston, Mr. Trump used the phrase to describe Steve Bannon, his chief strategist who was ousted from the White House Friday and is returning to Breitbart News.