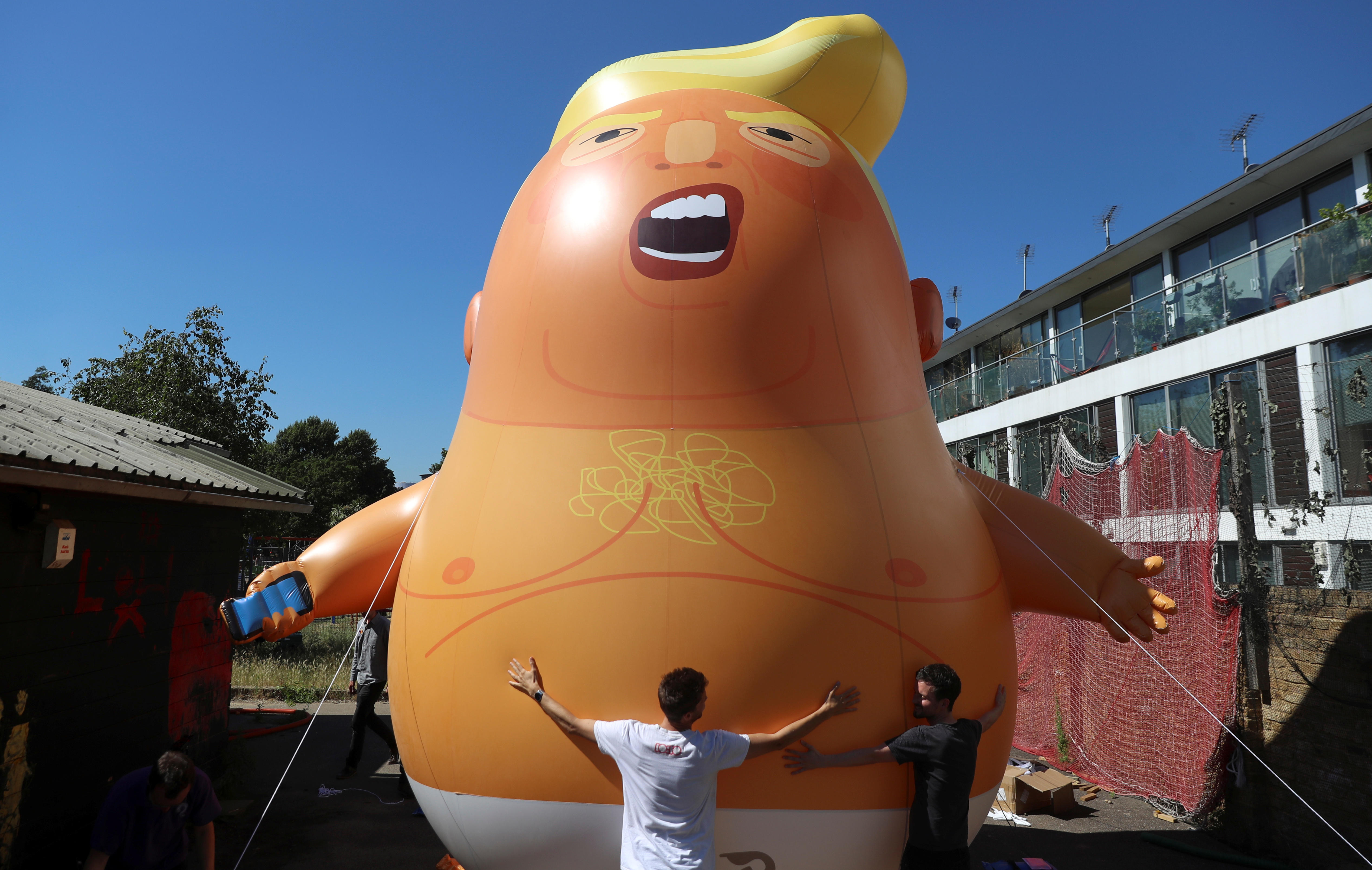 A giant balloon dubbed the "Trump Baby" will be allowed to fly near London's Parliament during President Trump's visit on July 13, the activist group behind it says. The balloon's flight was approved by Mayor Sadiq Khan after more than 10,000 people signed a petition and more than 1,000 people raised over $20,000 through a crowdfunding campaign.

That's a reversal from last week, when city officials denied the group permission to fly the "Trump Baby" blimp over Parliament Square.

"We didn't get off to the best start with the Mayor's office over this, who originally told us that they didn't recognize Trump Baby as legitimate protest," activist Leo Murray told Sky News.

A spokesperson for the mayor of London told Sky News that Khan "supports the right to peaceful protest and understands that this can take many different forms." The mayor's operations team met with the activists and gave them permission to use the square as a "grounding point," the outlet reports.

The ballon will be allowed to fly for two hours, starting at 9:30 a.m. local time, on July 13 -- coinciding with Mr. Trump's visit and a "Stop Trump" march in central London, Sky reports. Police, however, maintain a right to veto the event that day.

"Donald Trump is a big, angry baby with a fragile ego and tiny hands," the group behind the effort wrote on their Crowdfunder page. "Moral outrage is water off a duck's back to Trump. But he really seems to hate it when people make fun of him."

Mr. Trump will travel to the United Kingdom on July 13 for a "working visit" with Prime Minister Theresa May. His visit has been anticipated for more than a year, after May was the first foreign leader to be hosted by the president at the White House after his inauguration.