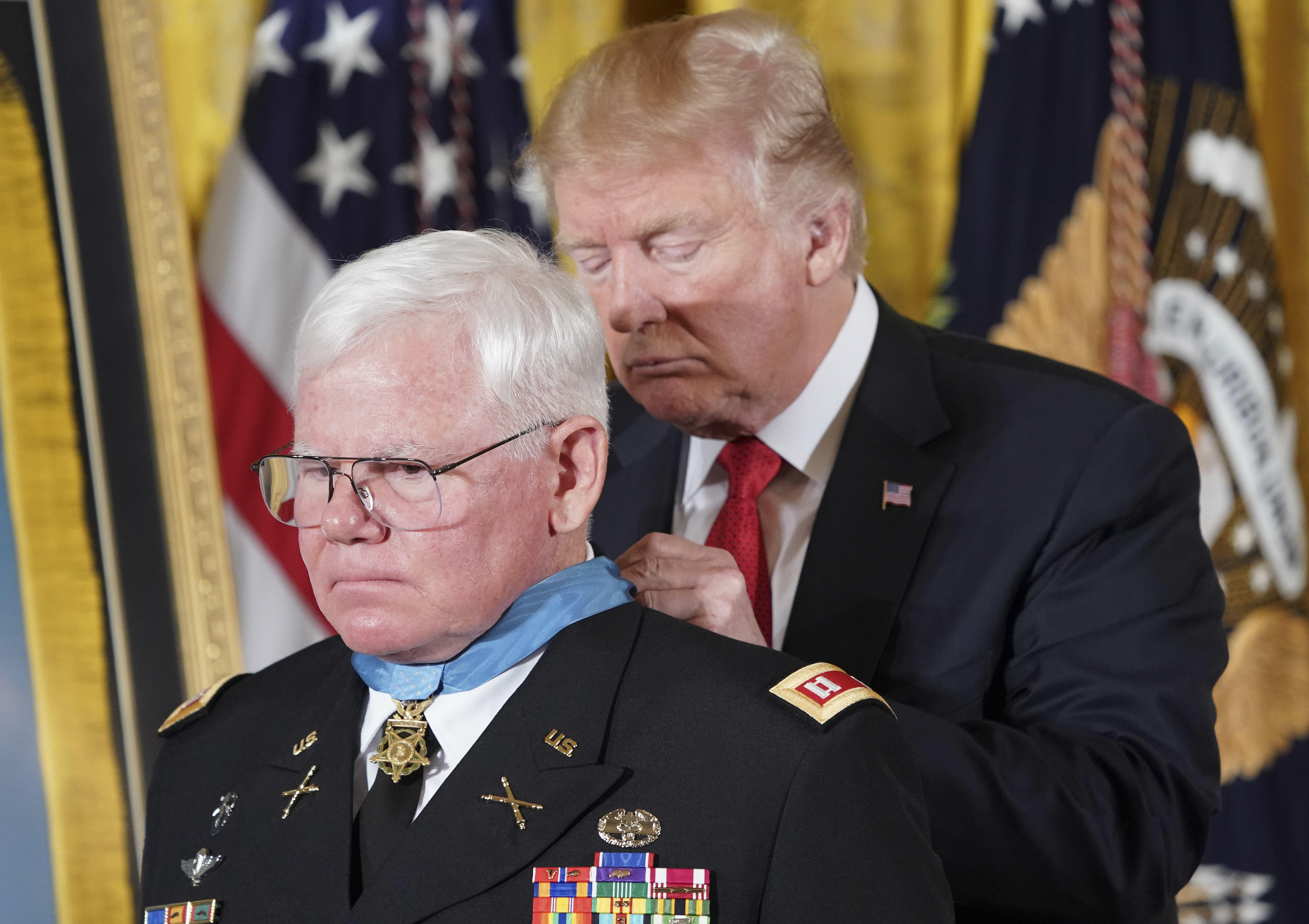 President Trump awarded Capt. Gary Rose (Ret.) with the Medal of Honor for conspicuous gallantry in an East Room ceremony at the White House on Monday.

"The medal will forever enshrine him into the history of our nation," said Mr. Trump of Rose.

Capt. Rose is being honored for voluntarily risking his life on multiple occasions during combat operations. He was serving as a medic with the 5th Special Forces Group in enemy-controlled territory during the Vietnam War in September 1970.

Over the course of four days while his unit was engaged with a much larger force deep in enemy territory during "Operation Tailwind," Rose repeatedly ran into line of enemy fire to provide critical medical aid to his fellow soldiers, using his own body on one occasion to shield a wounded soldier from harm.

He added, "We have a room full of people and a nation that thanks God that you lived."

At the ceremony, Rose was joined by nine previous Medal of Honor recipients as well as members of his own battalion in the operation.

More in Medal Of Honor

"Your love for your fellow soldier, your devotion to your country inspires us all," said Mr. Trump. He added, "Nations are formed out of the strength and patriotism that lives in the hearts of our great heroes, you have earned the gratitude of this entire nation."

Following the ceremony, Rose addressed the press at the White House, calling his award a  "a collective medal" for all the sericemen who helped his group in fighting.

"This is our medal, it's not mine, we all earned it," he remarked.

"To a larger extent I want to accept this in honor of all the men and women who fought in that era, they served our country with great courage, great valor, they served it and they went home," said Rose of his fellow Vietnam veterans.

He added, commenting on the stigma Vietnam veterans carried with them after the war, "this kind of brings it home and now their story is being told and now with this award, I'm convinced they've been recognized for the great service they did to this country."

Monday's event honoring the war hero was the first since the ongoing controversy surrounding Mr. Trump's contacting of Gold Star families. The details revolving around his contacts with the families of soldiers killed in an ambush in Niger have sparked a feud with Rep. Frederica Wilson, a Florida Democrat.

Mr. Trump presented his first Medal of Honor back in July to an Army medic from Michigan who risked his life multiple times to rescue Vietnam War comrades.