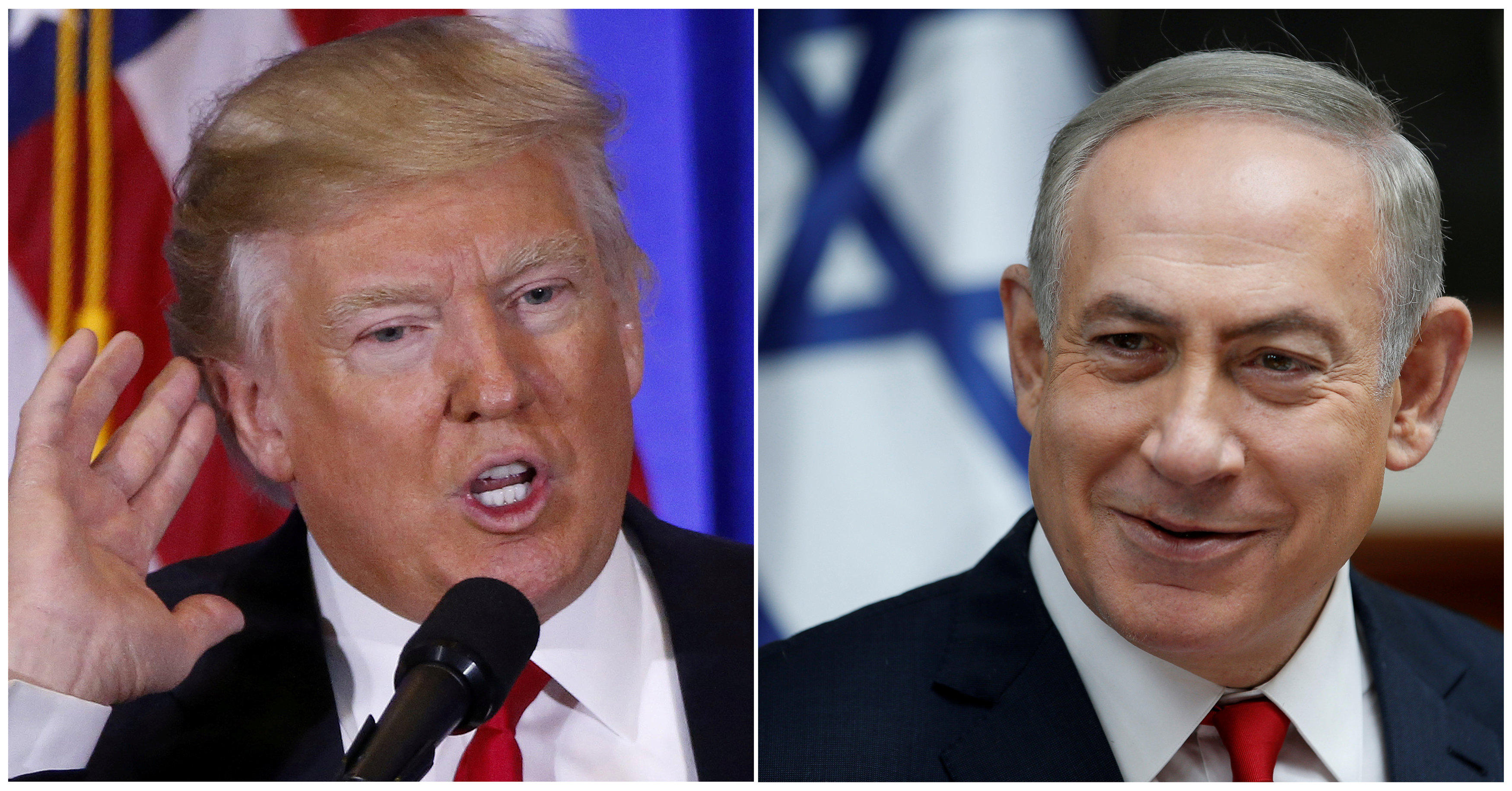 WASHINGTON -- The Trump administration suggested Tuesday that peace between the Israelis and Palestinians may not come in the form of a two-state solution - a position that could represent a dramatic shift from former President Barack Obama, who said he saw no alternative.

Speaking to reporters ahead of President Donald Trump’s meeting Wednesday with Israeli Prime Minister Benjamin Netanyahu, a senior White House official said Mr. Trump is eager to begin facilitating a peace deal between the two sides and hoping to bring them together soon.

But the official, who was not authorized to speak publicly on the meeting beforehand, said it will be up to the Israelis and Palestinians to determine what peace will entail - and that peace, not a two-state solution, is the goal.

For decades, the U.S. position has been that Israelis and Palestinians must work through direct negotiations to establish two states living side by side, with Palestinians to ultimately create an independent state. All serious peace negotiations in that have time have assumed that the two-state solution was the basis for future peace.

State Department officials expressed surprise at the comments and said Tuesday they were not aware of any policy shift on the desirability of a two-state solution. Three officials said the department was seeking clarification from the White House comments, which came as Secretary of State Rex Tillerson was having dinner with Netanyahu. The officials spoke on condition of anonymity because they were not authorized to discuss the matter publicly.

During his final White House news conference, Mr. Obama warned that the moment for a two-state solution “may be passing” and said the “status quo is unsustainable.”

It was not clear if the White House had intended to declare a major shift in policy during the hastily arranged briefing Tuesday night.

Netanyahu is scheduled to meet with Mr. Trump at the White House Wednesday. The two leaders will hold a joint press conference before convening for meetings and a working lunch. The prime minister will then head to Capitol Hill for meetings with lawmakers on both sides of the aisle, including Senate Majority Leader Mitch McConnell, House Speaker Paul Ryan and Senate Minority Leader Chuck Schumer.

Mr. Trump takes pride in his deal-making skills and said during his campaign that he’d love the challenge of negotiating a Mideast agreement. He has appointed his son-in-law, Jared Kushner, to lead the effort.

The official said the visit was meant to mark a new, closer relationship between Israel and the United States, which grew strained during the Obama years.

Mr. Trump and Netanyahu are likely to discuss peace efforts as well as expanded Israeli settlements, Iran and Mr. Trump’s campaign pledge to move the U.S. embassy in Israel from Tel Aviv to Jerusalem.

The latter would signal U.S. recognition of Jerusalem as Israel’s capital, a move that would infuriate Palestinians. They claim the eastern sector of the city, captured by Israel in 1967, as their capital.

American presidents have long struck a delicate balance addressing the Israeli-Palestinian conflict, stressing the close U.S. friendship and lavishing the Jewish state with aid. But recent presidents also have tried to negotiate, and they have called out Israel for actions seen as undermining peace efforts, such as expanding settlements in the occupied West Bank.

Mr. Trump told The Associated Press during his campaign that he wanted to be “very neutral” and try to get both sides together. But his tone became decidedly more pro-Israel as the campaign progressed. He has spoken disparagingly of Palestinians, saying they have been “taken over” by or are condoning militant groups. Some of his top aides challenge the legitimacy of Palestinian demands for a state.

Now in office, however, Mr. Trump has been forced to reevaluate and revisit his position on a number of issues - including those relating to Israel.

After initially greeting Israel’s settlement announcements with a shrug, Mr. Trump appears to be having second thoughts. In an interview with a pro-Netanyahu Israeli daily Friday, Mr. Trump said, “I am not somebody that believes that going forward with these settlements is a good thing for peace.”

While the meeting is expected to be much warmer than Netanyahu’s famously tense encounters with Mr. Obama, the Israeli leader will still need to tread with caution on sensitive issues like Israeli settlement construction, Iran and the war in Syria.

In dealing with such a divisive president, Netanyahu will also face some potential pitfalls. Key constituencies, including congressional Democrats and many American Jews, oppose Mr. Trump’s policies, while at home Netanyahu is under pressure from his hard-line allies to push for policies that Trump may not support.

“Netanyahu seeks to shift the discussion in the U.S.-Israel relationship away from settlements and peace and back to Iran so that he can put off the difficult political decisions that would roil his coalition and put his rule in jeopardy,” said Yousef Munayyer, a political analyst and executive director of the U.S. Campaign for Palestinian Rights.

“The challenge to Netanyahu is domestic,” Munayyer added. “He spent so much time arguing that Mr. Obama was the problem that now that we are in the post-Obama era, his right-wing coalition partners want to exploit the moment and take huge steps that would further isolate Israel, trigger international condemnation from other corners, and potentially destabilize the land and Israeli politics.”

Ahead of the visit, Netanyahu said he would handle ties with the U.S. in a “prudent manner,” but he steered clear of specifics.

The Israeli prime minister is also scheduled to have breakfast Thursday with Vice President Mike Pence before departing back to Israel.