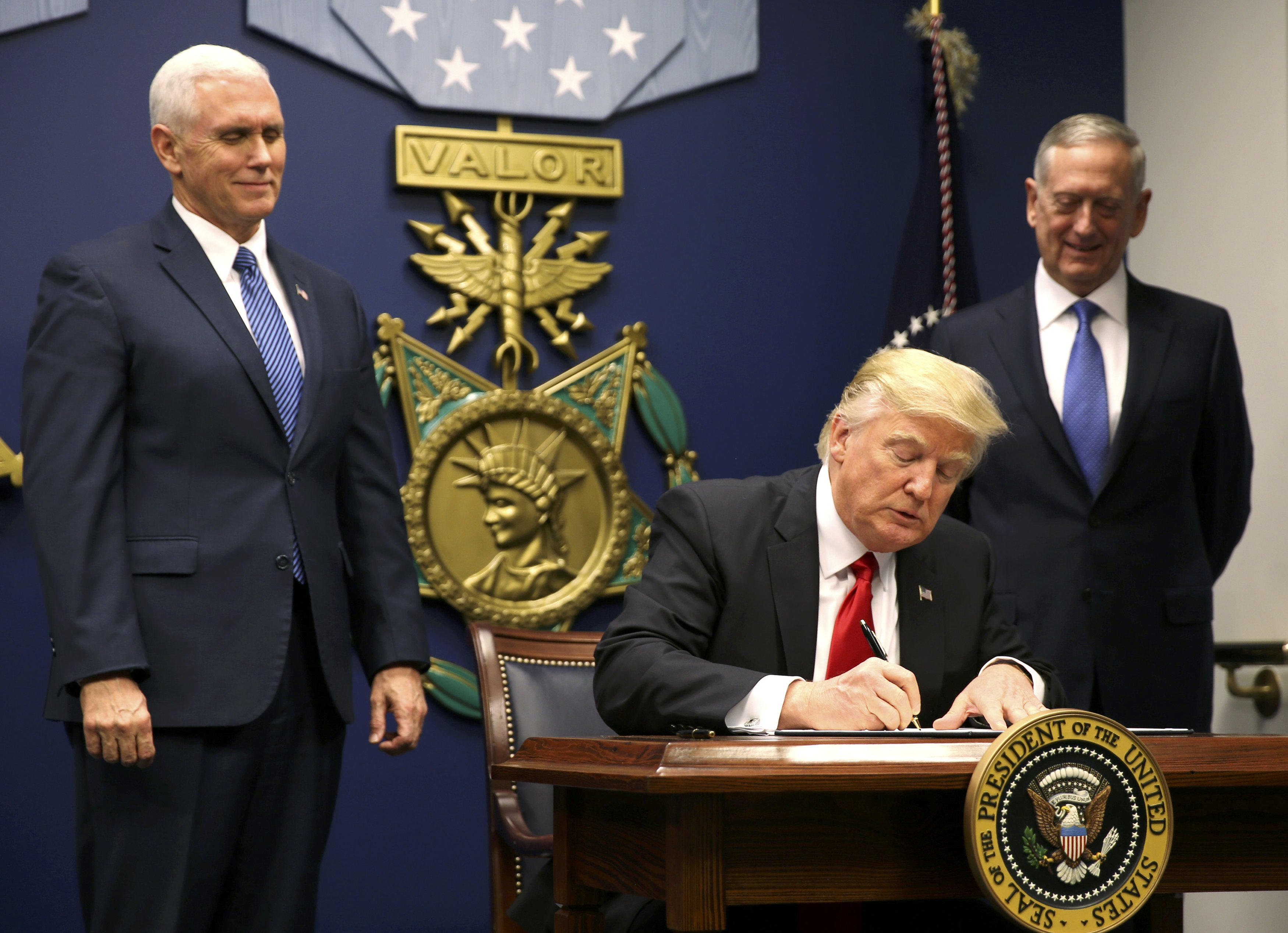 The court papers seek to appeal lower court rulings that blocked the ban. Attorney General Jeff Sessions vowed last month to bring the case to the Supreme Court after the 4th Circuit of Appeals upheld a lower court's ruling that the policy illegally targets Muslims. A federal judge in Hawaii had already issued a stay against it.

The travel ban suspends new visas from being issued to people from Iran, Libya, Somalia, Sudan, Syria and Yemen.

"We have asked the Supreme Court to hear this important case and are confident that President Trump's executive order is well within his lawful authority to keep the nation safe and protect our communities from terrorism," said Justice Department spokeswoman Sarah Isgur Flores in a statement. "The president is not required to admit people from countries that sponsor or shelter terrorism, until he determines that they can be properly vetted and do not pose a security risk to the United States."

The ACLU, which sued with the National Immigration Law Center over the ban, tweeted that they will continue to "defend our victory and the Constitution.

The director of the ACLU's Immigrants' Rights Project, Omar Jadwat, says there's no reason to undo a lower court's ruling that blocked the policy. He says that ruling "enforces a fundamental principle that protects us all from government condemnation of our religious beliefs."

President Trump first signed the travel ban shortly after taking office in January and with great fanfare – but it faced immediate pushback and led to chaos at airports and protests throughout the country. The 9th Circuit Court of Appeals soon struck it down.

In March, the Trump administration issued a new ban, but it was blocked before it could go into effect on March 16.

At least five votes are needed to grant a stay. The court has a 5-4 conservative majority since Mr. Trump's appointee Neil Gorsuch was sworn in April, although Anthony Kennedy is often seen as a swing vote.

Thursday's filing reflects many of the same arguments that administration lawyers have made in the lower courts. The filing asserts that the court "should not consider campaign-trail comments" and that "virtually all of the president's statements on which the court of appeals relied were made before he assumed office" and before he took an oath to defend the Constitution. "Taking that oath marks a profound transition from private life to the nation's highest public office, and manifests the singular responsibility and independent authority to protect the welfare of the nation that the Constitution reposes in the president," it reads.

The administration is asking for quick action from the high court that would freeze the lower court rulings and allow the policy to be put in place. Both sides would file their legal arguments about whether the policy violates the Constitution or federal law over the summer and the justices could hear argument as early as the fall, under the schedule proposed by the administration Thursday.

The Supreme Court is almost certain to step into the case because it almost always has the final say when a lower court strikes down a federal law or presidential action.

The temporary nature of the bans means they could well have run their course by the time the case is ready to be argued, unless the court were to schedule an unusual special argument session.