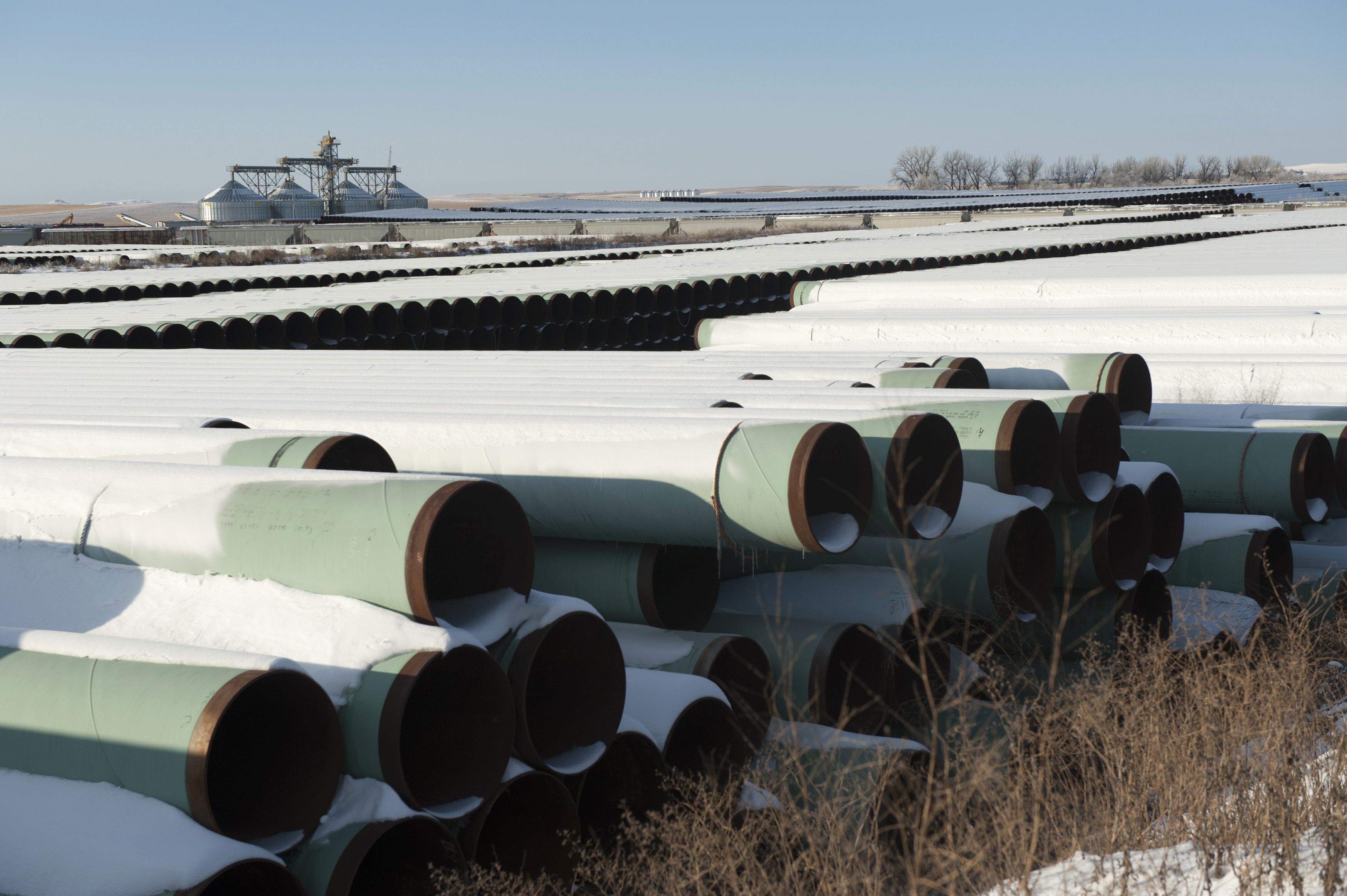 The president said in an announcement at the White House Friday that the pipeline will lower energy costs and reduce U.S. dependence on foreign oil. He also called it the greatest pipeline known to man or woman. The completed pipeline will span 900 miles, and Mr. Trump noted, it would bring 800 barrels a day to Gulf Coast refineries.

“Today, we prepare to do things right,” Mr. Trump said. In the room with him for the announcement was TransCanada CEO Russ Girling. The president also criticized the years-long delay of the pipeline, calling it an example of how the government has failed U.S. citizens.

Girling said he was “relieved” by the decision and said TransCanada is wants to get to work. He said the pipeline would create thousands of jobs.

The State Department earlier this week concluded that building Keystone serves the U.S. national interest. That’s the opposite conclusion of the one the State Department reached during the Obama administration. Secretary of State John Kerry in 2015 denied the permit because it would have “a negligible impact on U.S. energy security,” would not lead to lower gas prices for Americans, would make a “marginal” long-term contribution to the economy, raised a range of concerns about water supply and cultural heritage sites, and would have transported a “particularly dirty source of fuel” into the country, tar sands.

The State Department says it considered foreign policy and energy security in making the determination.

The permit was signed by Tom Shannon, a career diplomat serving as undersecretary of state for political affairs, and not Secretary of State Rex Tillerson. Tillerson had recused himself because of his previous work running Exxon Mobil.

Keystone will carry tar sands oil from Canada to refineries on the Texas Gulf Coast.