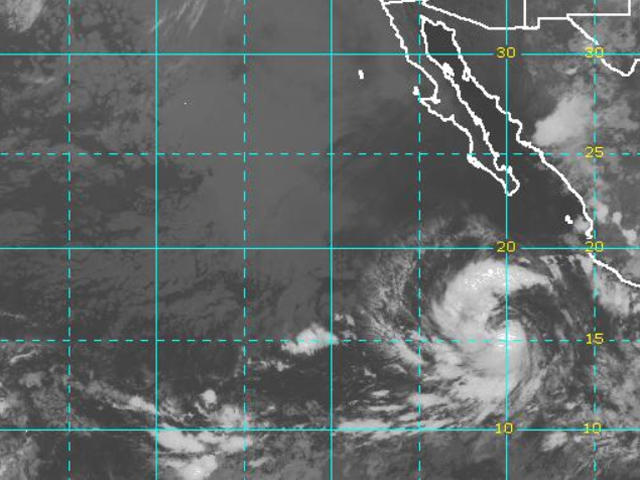 Tropical Storm Rosa, which formed off the Pacific coast Tuesday, is expected to strengthen rapidly and become a hurricane Wednesday and a major hurricane Thursday. But the National Hurricane Center, in Miami, says Rosa is likely to stay far offshore.

As of 5 a.m. EDT, Rosa was packing maximum sustained winds of 65 mph and was some 470 miles west-southwest of Manzanillo, Mexico, the NHC said in an advisory early Wednesday. The storm was moving west-northwest at about 10 mph, with tropical storm-force winds reaching outward up to 60 miles from the center.

The NHC said there were no coastal watches or warnings in effect, but swells generated by Rosa would affect portions of the coast of southwestern Mexico and the southern Baja California Peninsula in Mexico later this week into the weekend. "These swells are likely to cause life-threatening surf and rip current conditions," the hurricane center said.

Meanwhile, record flooding is likely on the South Carolina coast in wake of Hurricane Florence. The NHC said a broad area of low pressure about 300 miles south of Cape Hatteras, North Carolina, was producing showers and thunderstorms on its north side.

Florence made landfall as a Category 1 hurricane Sept. 14 and has since killed at least 47 people across multiple states.

Economic research firm Moody's Analytics estimated that the storm has caused around $44 billion in damage and lost output, one of the 10 costliest hurricanes to hit the U.S. The worst disaster, Hurricane Katrina in 2005, cost $192.2 billion in today's dollars. Last year's Hurricane Harvey cost $133.5 billion.