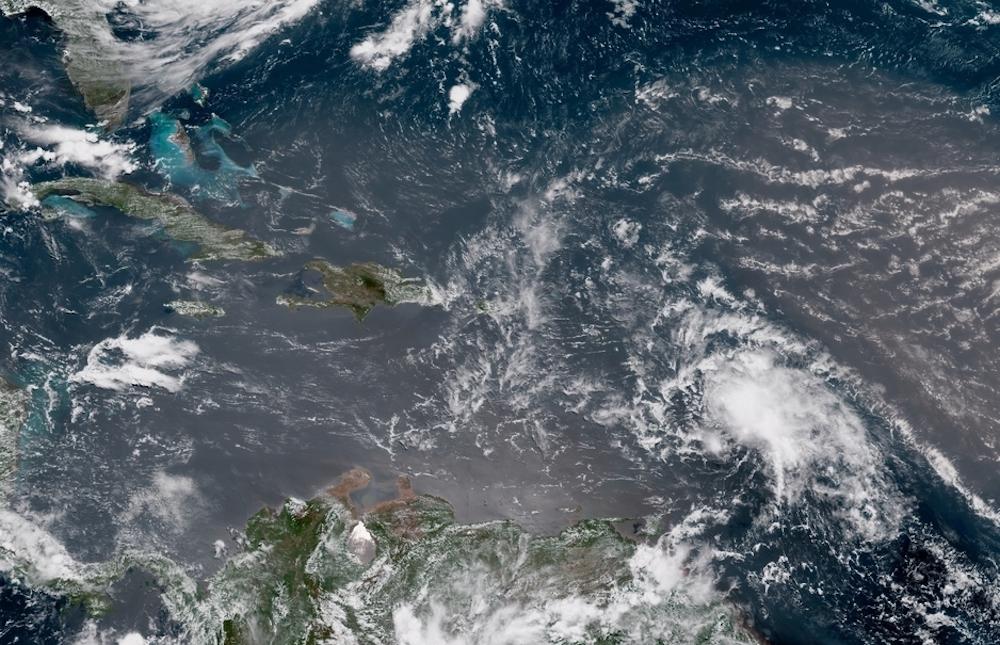 SAN JUAN, Puerto Rico -- Gusty winds began to hit the eastern Caribbean on Sunday as Tropical Storm Beryl advanced rapidly toward a region struggling to recover from last year's deadly hurricanes. The government of Dominica said it would shut down its water system and Puerto Rico's governor warned of likely new power outages.

People on islands across the region stocked up on food and water and prepared for possible damaging winds, rains and waves.

Intermittent rainstorms already were hitting Dominica early Sunday, and the U.S. National Hurricane Center (NHC) said 2 to 3 inches of rain could fall as the storm moves through or near the island on Sunday night.

Dominica Prime Minister Roosevelt Skerrit told people to store water because the government would be shutting down the water system as a precaution, and he warned them to stay alert despite the storm weakening. "They should not let their guard down," he said.

Meteorologist Marshall Alexander told The Associated Press that officials were worried about those still living with tarps on their roofs after Maria slammed into Dominica as a Category 5 storm last year, killing dozens of people.

"We are in a vulnerable state," he said. "The system can still cause a lot of damage regardless of whether it's a tropical storm or a hurricane."

Meanwhile, Tropical Storm Chris formed off the Carolinas, and the NHC said it was likely to grow into a hurricane while heading to the northeast, roughly parallel to the coast. It wasn't projected to directly threaten land over the next few days, though forecasters said it could kick up dangerous surf and rip tides.

In the Caribbean, a tropical storm warning was up on Guadeloupe and Dominica and long lines were reported at grocery stores on several islands as people shopped for food and water.

"We can't take chances with weather," Jeffrey Xavier, manager of Mr. Clean Bed & Breakfast in Dominica, said in a phone interview. "There was a lot of buying."

Puerto Rico Gov. Ricardo Rossello said in a press conference late Saturday that the island could experience power outages and urged people without sturdy roofs to move in with relatives or a government shelter. More than 1,500 power customers remain in the dark more than nine months after Maria, and some 60,000 people still have only tarps for roofs.

Lugo lost his roof and two walls to Maria, and was waiting on Sunday for volunteers to secure his new roof before Beryl arrives.

The NHC said Beryl had maximum sustained winds of 45 mph Sunday. It was centered 210 miles east of Martinique and was moving west-northwestward at 23 mph.

The storm was forecast to weaken into a low-pressure system Monday by the time it reaches seas just south of Puerto Rico, which was devastated by Hurricane Maria in September.

Forecasters warned that the U.S. territory could see between 15 to 25 mph winds, as well as heavy rains that could cause flooding and mudslides.

National Weather Service meteorologist Carlos Anselmi told the AP that 1 to 2 inches of rain was expected across Puerto Rico, with double that in isolated areas.

Off the U.S. East Coast, Tropical Storm Chris was centered about 160 miles south of Cape Hatteras, with maximum sustained winds of 45 mph. It was expected to remain almost stationary over the next few days before growing to hurricane force and moving to the northeast.