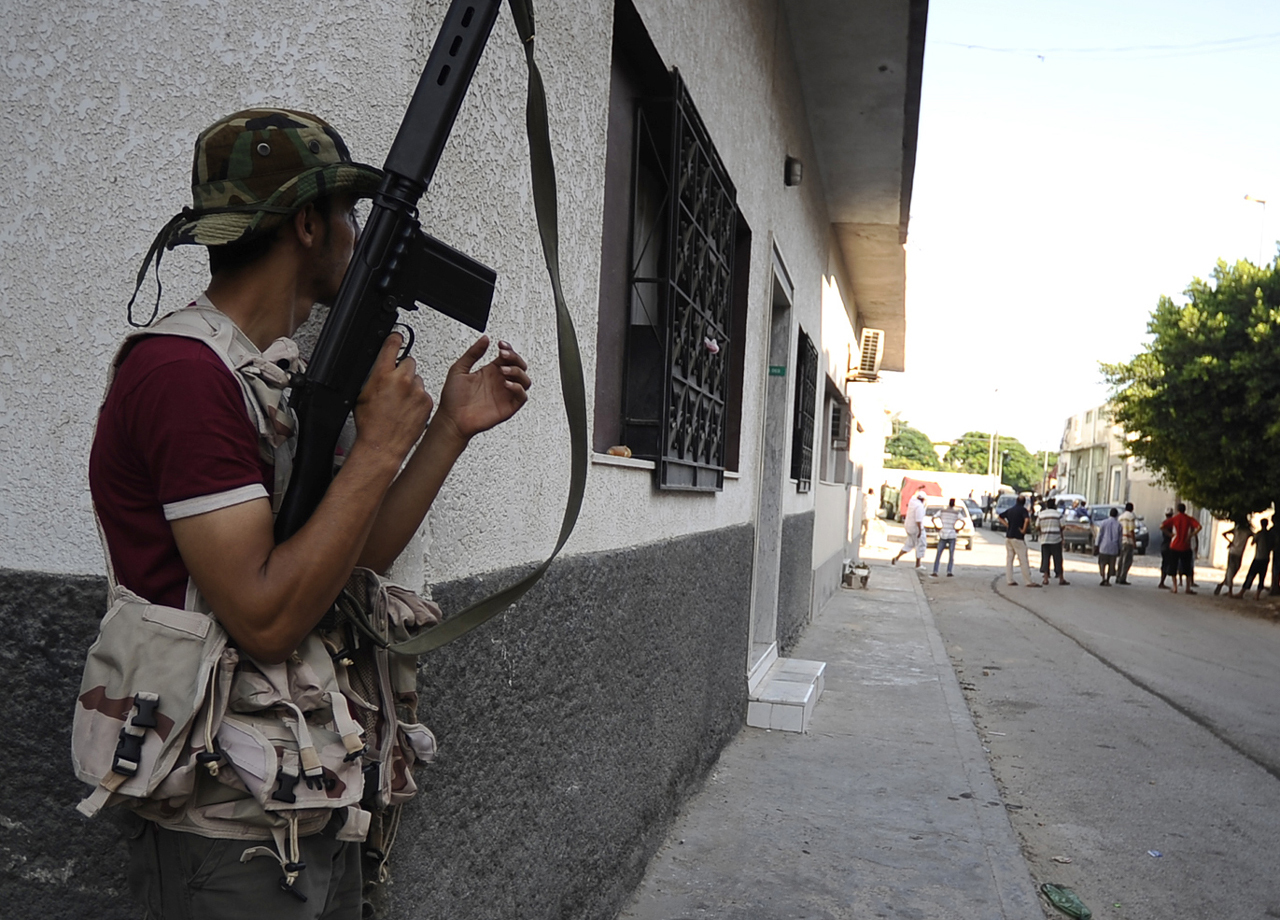 After six months of grueling deadlock, the rebels' advance into the capital of Tripoli - up to the doorstep of the compound of regime leader Muammar Qaddafi - was startlingly quick.

Anti-Qaddafi forces have continued to have considerable help from U.S. and NATO aerial surveillance and airstrikes against government targets, but Sunday's march into the capital represented a closely coordinated plan by NATO, the insurgents, and secretly-armed residents of Tripoli.

A senior rebel official, Fathi al-Baja, told The Associated Press that over the past three months - as the fighting appeared to have stalemated - the National Transitional Council worked with NATO to set up sleeper cells within Tripoli, armed with weapons smuggled in by the rebels.

The New York Times reports that, regardless of NATO's mandate to protect civilians rather than to take sides in the conflict, the coordination between NATO and the rebels had become more sophisticated in recent weeks.

Special forces from France and the U.K. on the ground in Libya also trained and armed rebel groups, a NATO diplomat told Eric Schmitt and Steven Lee Myers of the Times.

As the learning curve of the rebels rose, the effectiveness of the Libyan government to maintain control over its own forces (let alone the insurgency) declined, thanks to incessant NATO airstrikes that damaged its ability to deploy, supply and maintain its forces.

Through Saturday, The Times reports, NATO and its allies had flown 7,459 sorties, attacking thousands of targets, greatly diminishing Qaddafi's ability to withstand the final assault upon Tripoli. On Sunday NATO helped thwart an attempt by loyalist troops to retake Zawiya.

On Thursday and Friday, airstrikes against Tripoli increased; on Saturday the sleeper cells awoke.

The Daily Mail writes that on Saturday night public messages broadcast from mosques in Tripoli urged citizens to take up arms against Qaddafi's regime - a cue for the sleeper cells to engage in gunfights against loyalist soldiers and snipers.

In the city's eastern Tajoura district, 200 rebel fighters from Misrata who entered Tripoli by sea, fought alongside civilians against Qaddafi forces. Hundreds more rebel fighters advanced from the west - more than 20 miles in a matter of hours Sunday - taking control of one town after another, and seizing a major military installation, thereby liberating its munitions.

When the rebels reached Tripoli, the special battalion entrusted by Qaddafi with guarding the capital promptly surrendered - its commander secretly loyal to the rebels' cause.

Al-Baja told the AP that the battalion commander's brother had been executed by Qaddafi years earlier.