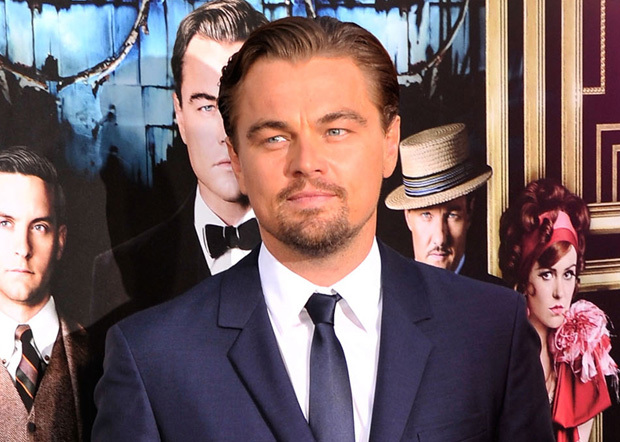 Actor Leonardo DiCaprio plans to fly to space on Virgin Galactic's new commercial spaceliner, along with the winning bidder in a charity auction at the Cannes film festival, according to news reports.

The chance to ride with DiCaprio sold for 1.2 million Euros ($1.5 million) at the amfAR Cinema Against AIDS charity Thursday night (May 23), according to the Hollywood Reporter. The prize was listed as a "once-in-a-lifetime trip to space with a mystery guest" in the auction booklet, and the mystery guest's identity as DiCaprio was not announced until after the sale. The event took place at the Hotel du Cap-Eden-Roc during the annual film festival on the French Riviera.

Regular tickets aboard Virgin Galactic's SpaceShipTwo sell for $250,000, and already about 550 people have paid in part or in full, despite the fact that the vehicle hasn't yet flown to space. The first manned flight to the edge of space is expected by the end of this year, though, and commercial passenger trips could begin in 2014, Virgin Galactic's billionaire founder Sir Richard Branson has said. [Photos: Virgin Galactic's 1st SpaceShipTwo Powered Flight Test]

DiCaprio was present at the charity dinner, where a second pair of seats on the same SpaceShipTwo flight sold for 1.8 million euros ($2.3 million). The actor was attending the film fest to promote his latest movie, "The Great Gatsby," which opened in theaters May 10.

Earlier in the night film producer and studio executive Harvey Weinstein told the Hollywood Reporter about the planned auction opportunity. "We're going to get someone to bid on a seat next to him," said Weinstein, co-chair of The Weinstein Company film production house.

The executive joked that his film business peers might like to see Weinstein himself fly to space, "but only on a one-way ticket," he said.

SpaceShipTwo is the successor to SpaceShipOne, a test vehicle that won the $10 million Ansari X Prize in 2004 for being the first private manned spacecraft to fly to space and back twice in two weeks. SpaceShipTwo is a larger version of the vehicle and is designed to take two pilots and six passengers to space, without making a full orbit around the Earth. The spacecraft made its first rocket-powered test flight last month, and is well on its way toward offering passenger flights soon, company officials have said.

DiCaprio won't be the only celebrity space tourist when he flies. Actors Ashton Kutcher, Angelina Jolie and others have also reportedly bought seats on SpaceShipTwo, and Branson himself, along with his family, plans to be among the first passengers to ride the vehicle.

Lunar maps let you explore the moon like never before
Thanks for reading CBS NEWS.
Create your free account or log in
for more features.
View CBS News In
CBS News App Open
Chrome Safari Continue
Be the first to know
Get browser notifications for breaking news, live events, and exclusive reporting.