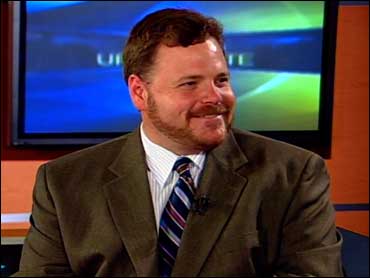 What do treasury notes have to do with the economy and interest rates? Ray Hennessey, Editor of SmartMoney.com, weighs in.

Recently, the 10-year treasury note's yield rose to over five percent. Investors were very focused on the rise "because it says a lot of things about the direction of the economy," says Hennessey. "What people think [it means] is that the Fed is going to get more cautious."

That could affect interest rates. "You're going to see a much more 'hawkish' fed," says Hennessey. "I think they're going to raise rates."

A high treasury note yield also provides some stiff competition for stocks. "The higher that yield goes," says Hennessey, "you can lock in and invest safely [in treasury notes]." In a volatile stock market, a safe investments become very attractive.

In addition to stock competition, high interest rates hurt companies who are borrowing money. "They're paying more interest to the people who've lent them that money," says Hennessey. That hurts earnings and profits, and with the 10-year treasury note's high yield where it is, people are deciding to invest less.

While money may be shifting from one investment to another, Hennessey suggests not moving your allocations too much right now. "As long as you're diversified, you're safe," says Hennessey. "Chances are, you may benefit from what we're seeing in the bond market if you've got [some money] there."