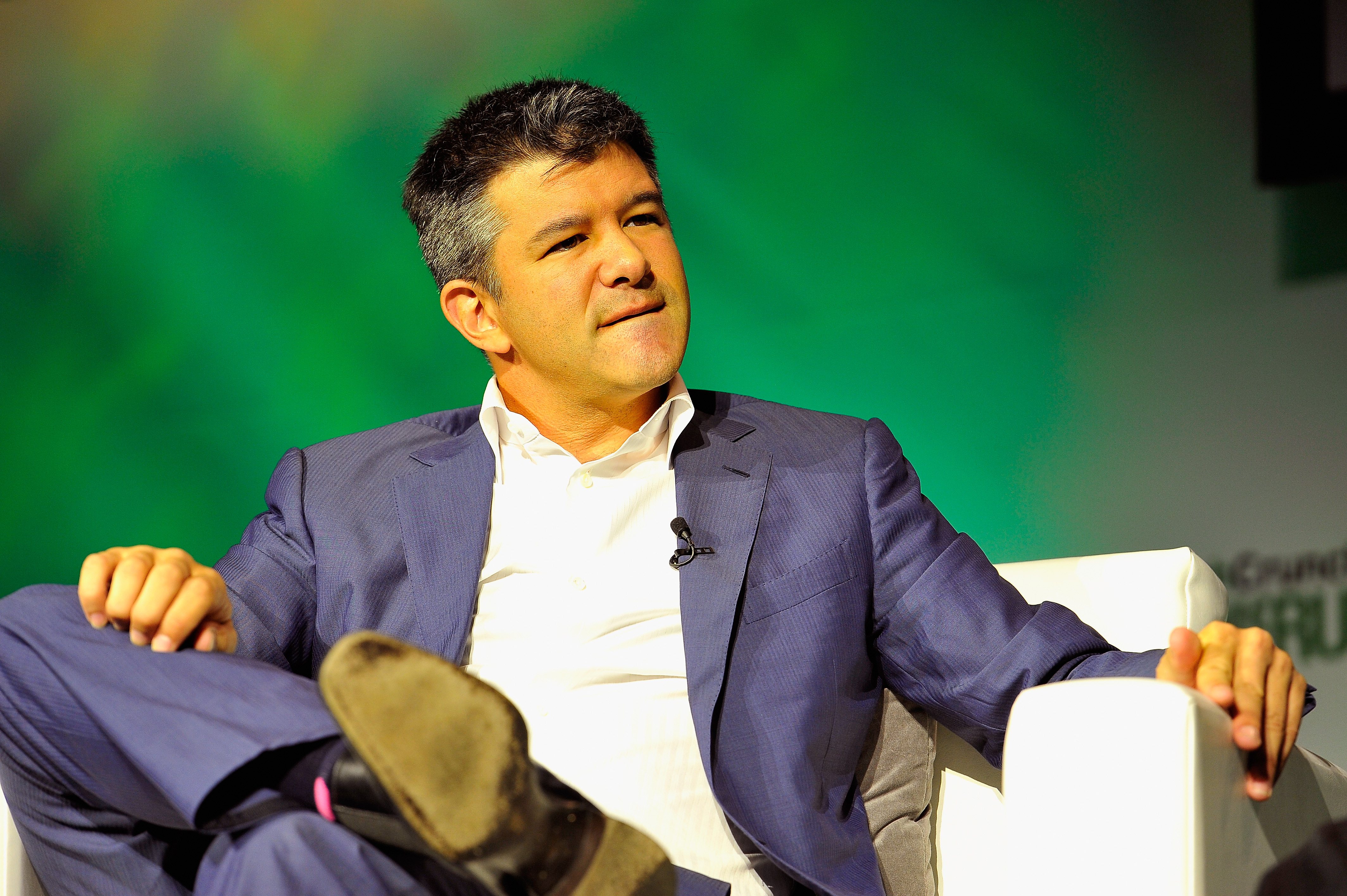 Uber CEO Travis Kalanick issued an apology Tuesday night after a video surfaced of him getting in an argument with his Uber driver and then shortly telling the man “some people don’t like to take responsibility for their own sh*t.”

“By now I’m sure you’ve seen the video where I treated an Uber driver disrespectfully,” Kalanick wrote on Uber’s blog. “To say that I am ashamed is an extreme understatement. My job as your leader is to lead…and that starts with behaving in a way that makes us all proud. That is not what I did, and it cannot be explained away.”

The video Kalanick is referring to was first published on Bloomberg. The driver is identified by Bloomberg as Fawzi Kamel, and Bloomberg says has driven for Uber since 2011. In the beginning of the video, Kalanick listens to Maroon 5’s “Don’t Wanna Know” with two female companions. While some of the conversation is inaudible, he retorts to the women that he makes “sure every year is a hard year. That’s kind of how I roll. I make sure every year is a hard year. If it’s easy I’m not pushing hard enough.”

When the trio are exiting the vehicle, Kamel asks Kalanick why he dropped the rates for Uber Black drivers. While it’s unclear if this is true, Uber has introduced cheaper services such as UberX that could have lowered the demand for Uber Black. “We started high-end. We didn’t go low-end because we wanted to, we went low-end because we had to because we’d be out of business,” Kalanick says.

“It seems like a piece of cake because I’ve beaten them,” Kalanick retorts. “But if I didn’t do the things I did, we would have been beaten, I promise you.”

Later in the conversation, Kamel accuses Kalanick of “changing the whole business,” and Kamel says he lost “97,000” because of the drop in prices, although Kalanick denies there have been any change in prices for Uber Black.

Then Kalanick says “some people don’t like to take responsibility for their own sh**. They blame everything in their life on somebody else. Good luck!”

Kamel replies “good luck to you, but I know you’re not going to go far,” and Bloomberg reports that Kamel rates Kalanick one star as a passenger.

The video is just the latest public relations misstep for Uber, which appears to be having a meltdown in the past few months. In December, Uber was forced to pull its self-driving cars off the road in California after the Department of Motor Vehicles said they didn’t have the proper permits.

In January, Kalanick wrote a Facebook post telling business leaders to work with the incoming Trump administration and took a position on President Trump’s business advisory council. In protest of Mr. Trump’s travel ban, the New York City taxi union organized an hour-long strike, but Uber was accused of “strikebreaking.” An estimated 200,000 people deleted the app during the #DeleteUber campaign that followed. Kalanick resigned from the business advisory council on Feb. 2.

Then on Feb. 19, a female former Uber engineer wrote a detailed blog post about the alleged sexual harassment she suffered while an employee at Uber. Susan Fowler Rigetti said the company’s human resources department ignored her complaints because her boss was a high performer. Kalanick said what she described is “abhorrent” and “against everything we believe in,” and he said he instructed his chief human resources director to investigate.

On Feb. 22, The New York Times published an investigation into the “aggressive, unrestrained” culture at Uber.

And then on Feb. 24, Waymo, a self-driving company created by Google, accused Uber of intellectual theft in a lawsuit.