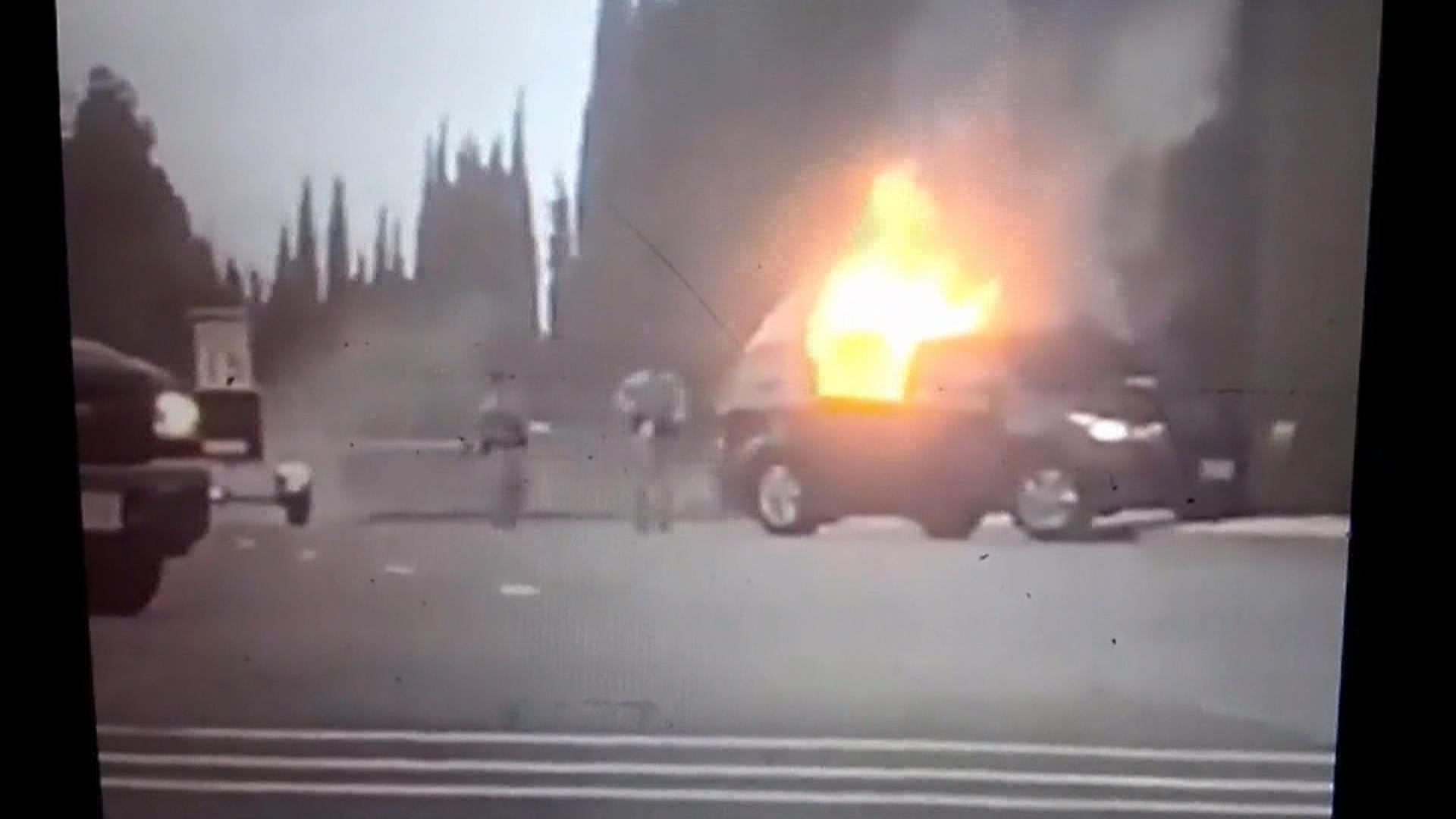 ROSEVILLE, Calif. -- Investigators said Friday that they are stumped as to why a man who emigrated 25 years ago from India drove a flaming minivan full of propane tanks and gasoline cans through the main gate of a major Northern California Air Force Base this week, but see no evidence of terrorism. FBI Special Agent in Charge Sean Ragan on Friday said the driver, Hafiz Kazi, was dead when authorities reached the wreck, CBS Sacremento reports.

Kazi, 51, no known links to terrorism, did not leave behind a manifesto or any threats or explanation, and a video found on a cellphone provided no clue.

"Why did this individual end up at the front gate of Travis Air Base on fire and now deceased? We don't have the answers to that," Ragan said. Investigators know of no one else associated with the incident nor any threats to air base or the community.

Air Force gate personnel initially thought they were dealing with a vehicle accident when Kazi crashed and they realized he was on fire. No shots were fired as he entered the base, and it was only after the fire was out and they broke through the locked minivan doors to aid Kazi that they realized it was loaded with five propane tanks, three gallon-size gasoline cans and several cigarette lighters, Ragan said. Also found was a gym bag with personal effects and three cellphones.

Kazi's body was so badly burned that he had to be identified by fingerprints. Ragan said he is a native of India who has lived in the United States since 1993 and was a permanent legal resident. Kazi never served in the military and has no known ties to the air base, he said.

"We know what happened," Ragan said. "Now the question is why. Why was he there? What led him there? And we don't know the answers to that, quite frankly. So the investigation that we're doing right now is trying to piece together his life, trying to piece together what led up to this event, and attempt to determine why he was there and why he had those items in his vehicle ... They will continue at it until we get the answers."

Ragan said they have been unable to find any of Kazi's family living in the United States. A family member in India has been notified of Kazi's death, Ragan said. He said Kazi appeared to work as a cab driver in the past, but that investigators haven't determined if he was currently employed. It's not clear if he owned the minivan.

"We don't have any evidence of any religious affiliation or anything at this point," Ragan said. "As of right now, we know of no other associates."

Investigators have interviewed some of Kazi's acquaintances and are working on some search warrants, he said. They also are scouring social media, so far without result.

Calls to several numbers associated with Kazi were not returned Friday.