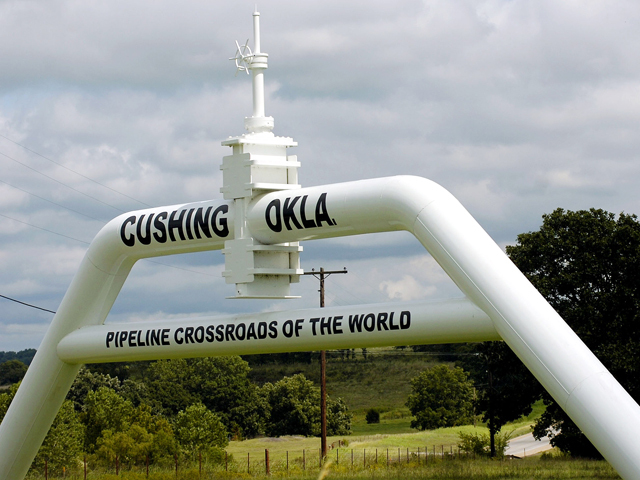 (AP) HOUSTON - A Canadian company that wants to build a 1,700-mile oil pipeline through the U.S. heartland to the Texas Gulf Coast will be ready within weeks to submit plans for a new route that avoids the environmentally sensitive Nebraska Sandhills region, a TransCanada executive said Tuesday.

The contentious pipeline is designed to bring oil from Canada's tar sands region in Alberta to refineries along the Texas Gulf Coast. The upper portion of the pipeline requires U.S. State Department approval because it crosses an international border, while the southern tier will need standard federal permits that Pourbaix believes will be ready shortly.

The State Department, backed by President Barack Obama, recently rejected the longer project, saying TransCanada needed to find a route that would avoid the Sandhills and the Ogallala Aquifer, a key water source for eight states. At the time, Obama encouraged TransCanada to pursue the southern portion of the pipeline that would, in the short term, relieve a bottleneck of crude at Midwestern refineries.

Pourbaix said that part of the pipeline would be ready by 2013.

"We'll be taking care of that bottleneck between Cushing and the Gulf Coast," Pourbaix told reporters after speaking on a panel at a Houston energy conference.

That southern tier, he added, would only relieve the problem in the short term. Having that portion ready in advance will also not shorten the two-year construction timeline for the longer pipeline, Pourbaix said, due to the severe winters in the northern United States that prevent construction during those months.

In the long term, Canada wants to get more oil to market. Without the longer Keystone pipeline that isn't possible. Pourbaix said as long as Keystone is completed by 2015 the prospects for other alternative western routes, that would instead take the product to China and the Far East, are not likely to get approved.

Right now, Pourbaix believes Keystone XL can meet the 2015 deadline despite the permitting delays. He said the company is working closely with the Nebraska government to find new routes and has identified several corridors that will be made public in a few weeks.

It appears the new plan will require about 20 miles of additional pipe, and about a 100-mile to 110-mile reroute around the Sandhills, Pourbaix said.