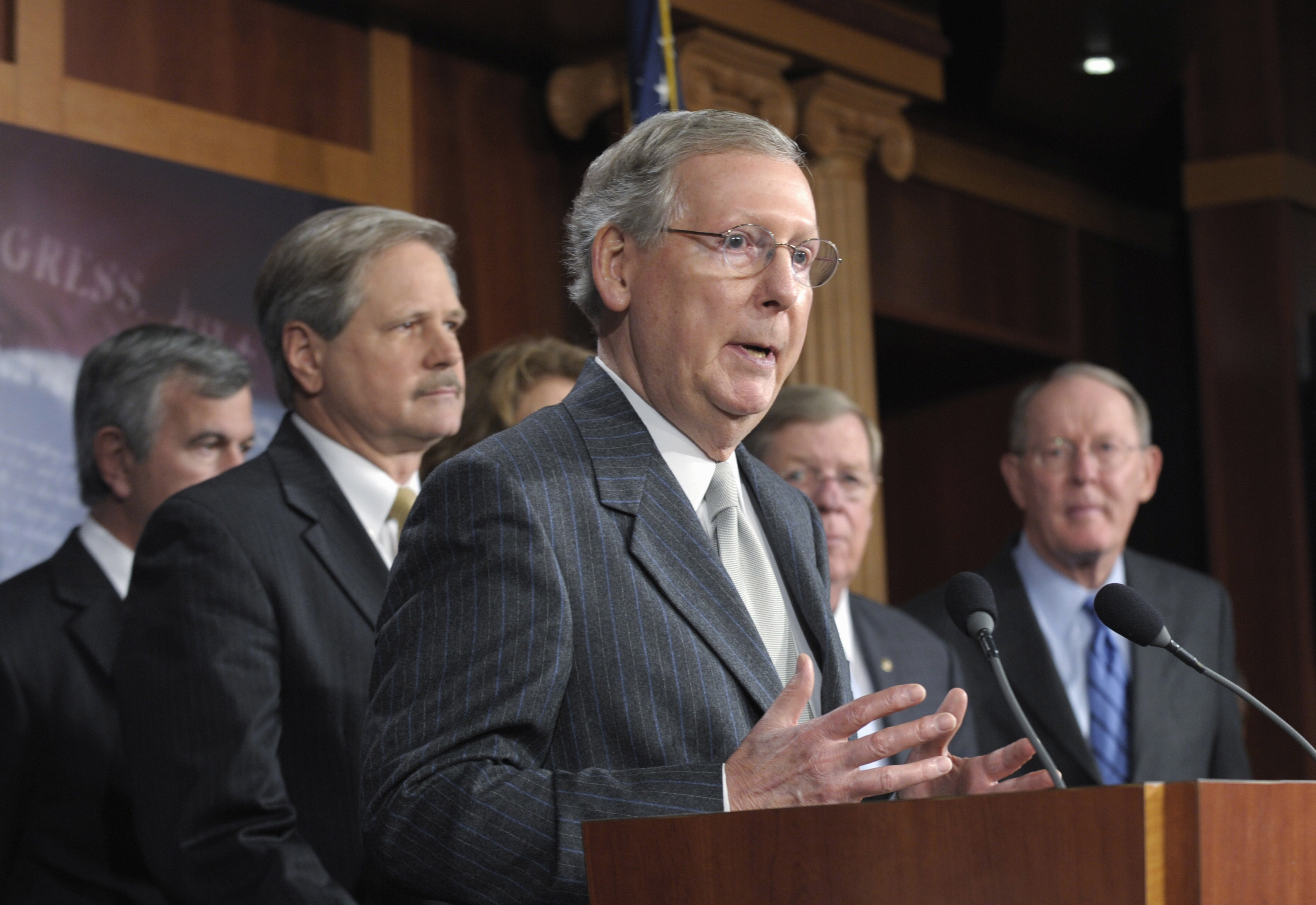 Just weeks after President Obama announced his administration's decision to reject the controversial $7 billion proposal to build the Keystone XL oil pipeline, a group of 44 senators is introducing legislation that attempts to proceed with the project anyway.

According to a statement by Sen. John Hoeven, R-N.D., one of the bill's sponsors, the legislation would invoke the Commerce Clause of the Constitution - which says Congress should have the power "To regulate Commerce with foreign Nations, and among the several States, and with the Indian Tribes" - to push the project forward with or without Mr. Obama's approval. (Mr. Obama would, however, have the power to veto the law once it reached his desk.)

"Our legislation not only acknowledges the vital national interest this project represents on many levels, but also works in a bipartisan way to begin construction," said Hoeven in a statement. "It will create thousands of jobs, help control fuel prices at the pump and reduce our reliance on Middle East oil and it can be accomplished with congressional authority, just as the Alaska Pipeline was nearly 40 years ago."

Joe Manchin, a conservative Democrat from West Virginia, was the sole Democrat to lend his support to the current legislation.

The project has become the subject of bitter debate in Washington, falling largely along partisan lines. Republicans have decried Mr. Obama's decision to reject the permit for the pipeline's construction, arguing that it would lower gasoline prices while creating hundreds of thousands of American jobs.

Environmentalists and Democrats, meanwhile, have lauded the administration's move, arguing that the pipeline would be hazardous to the environment and, potentially, the health and safety of Americans.

TransCanada has said the company will reapply for a permit to build.

The new Senate legislation, however, which its sponsors said they would introduce to Congress on Monday, would enable TransCanada to begin construction on the project immediately, while making allowances for GOP opposition in Nebraska. The proposed pipeline has faced resistance from a number of Nebraska lawmakers - including the state's Republican governor, Dave Heineman - because it would pass directly through a critical aquifer that provides a major portion of the state's drinking water.

According to a statement from Hoeven's office, "the bill allows the company to move forward with construction of the pipeline in the United States while the state of Nebraska works to determine an alternative route."

When asked about the legislation in his daily press briefing Monday, White House Press Secretary Jay Carney said he didn't have an opinion on a "possible piece of legislation that may or may not come to pass."

But Carney suggested that Republicans in Congress were the reason that the pipeline was denied in the first place, citing their decision to add a measure into the bill to extend the payroll tax credit that would force a quick decision on the matter. When he announced his decision to reject the pipeline earlier this month, the president cited the GOP-imposed deadline, which he said would make it impossible for the State Department to make an informed decision on the matter.

"A process was in place, consistent with precedent, where the State Department was reviewing the request for a permit here. When significant concerns were raised about the pipeline route, not least by the Republican governor of Nebraska, a decision was made to seek an alternate route, one that did not run through territory that -- over the aquifer there in Nebraska," Carney said Monday. "The State Department made that decision. The president concurred in that decision. It required an expansion of the time period to review the request, as would be appropriate because it was an alternate route; an alternative route that as far as I know still has yet to be identified."

Congressional Republicans, Carney argued, forced the president's hand on the issue despite "absolutely clear warning from the State Department that doing so would put them in an untenable position."

"The Republicans, with absolutely clear warning from the State Department that doing so would put them in an untenable position, chose instead, for political, partisan reasons, to insert this extraneous measure in the payroll tax cut extension, thereby all but ensuring that the State Department would recommend denying the permit because it could not grant a permit on a pipeline route that hadn't even been identified," he said.

"So that's why we are where we are. And whatever actions are taken in the Congress with regards to this, it's important to have that as a backdrop when you're writing about it or discussing it," he added.