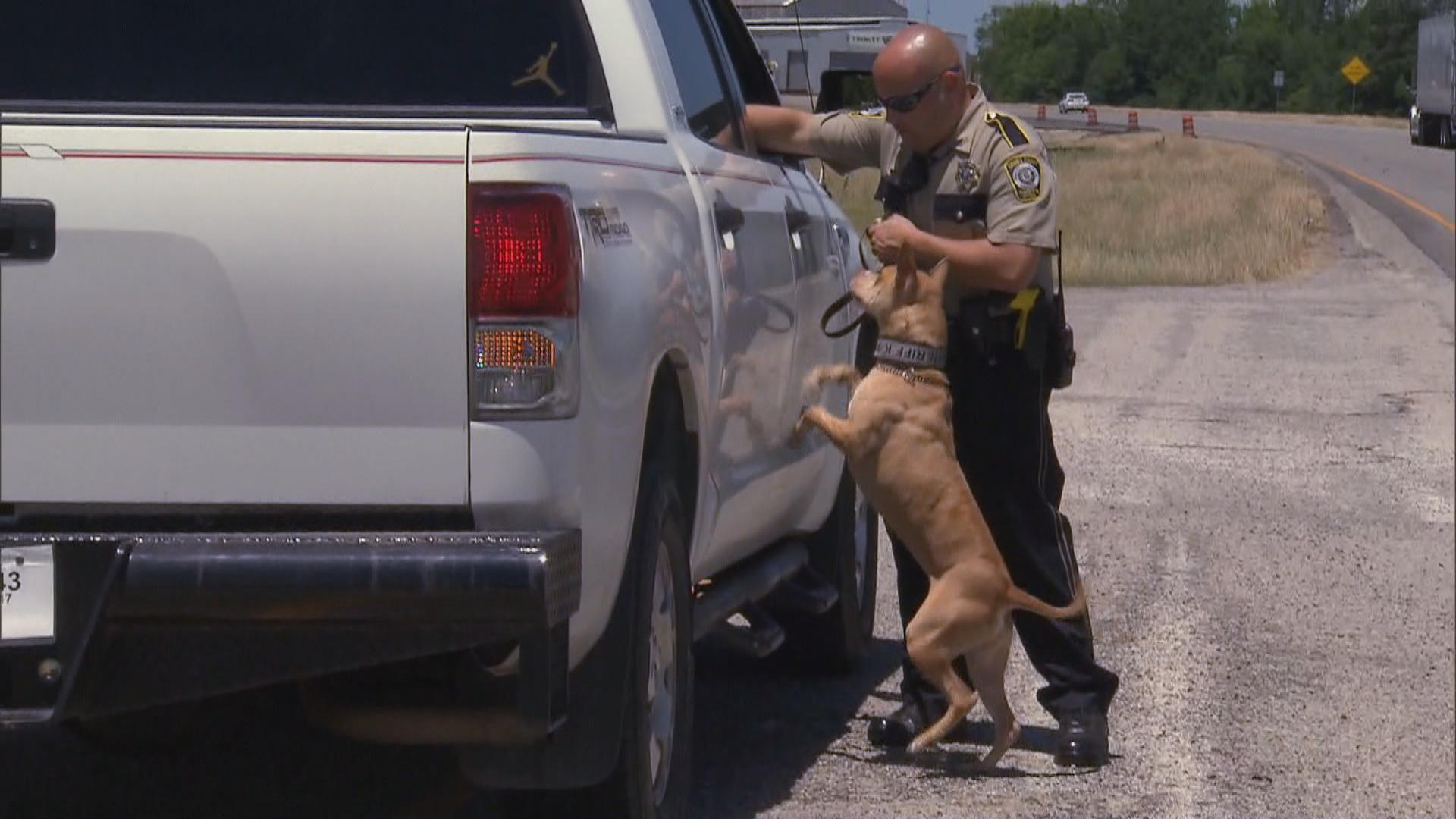 Pit bulls have a reputation as aggressive and dangerous dogs, and because of that, they are usually overlooked at adoption shelters and are more likely to be euthanized. An effort in San Antonio, Texas, aims to change that stereotype and give pit bulls a worthy new career.

Six dogs who are all some variation of the pit bull and came from shelters will head to police departments, sheriff's departments and correctional facilities all across the country next week, reports CBS News' Omar Villafranca.

Kara has her eye on the ball and that's exactly where it needs to be.

The one-and-a-half-year-old shelter dog was rescued from death row before giving birth to her own litter of puppies.

Brad Croft, who runs Universal K9, a San Antonio-based program that trains dogs to work with law enforcement, is running drills with Kara to see if she has the chops to become a police dog recruit.

As a pit bull mix, she's an unexpected candidate.

Purebreds like German shepherds, Belgian malinois or labradors are traditionally chosen as K-9 officers because of their drive to work, but Croft is taking abandoned, unadoptable pit bulls and teaching them to use their powerful sense of smell to sniff out drugs, detect bombs and track people.

"These are the ones that get put down because people think 'wow that dog's got too much energy,' you know, they just get looked over. And those are the dogs that work really well for our program. And they excel in this work," Croft said.

Hundreds of cities across the country ban the breed or require owners to spay or neuter their dogs.

"They've got this breed all wrong. This dog is the exact opposite of what it's painted to be," Croft said.

Croft hopes to change the public perception by teaching pit bulls to protect and serve communities alongside their handlers.

So far, he's graduated more than 30 pit bulls to police and sheriff's departments across the country, including Tweaker, a pit bull mix.

"When I got Tweaker I was a little surprised, but not disappointed," Siracusa said.

"Tweaker, if you'll notice, when you go to get her out, she's ready to go. She's barking, she's energetic, she's pawing at the cage. She wants to go to work," Siracusa said.

In the months since she's joined the sheriff's department, Tweaker has made several drug busts and even found a weapon.

"We're saving a life, which is a dog, and then we're saving that life to save many lives," Croft said.

The Animal Farm Foundation covers the cost of boarding and training for these dogs.

Kara has just passed her test and will be sniffing out drugs with the Colorado Mounted Rangers for the rest of her working life.

What decades of traffic stop data reveals about police bias