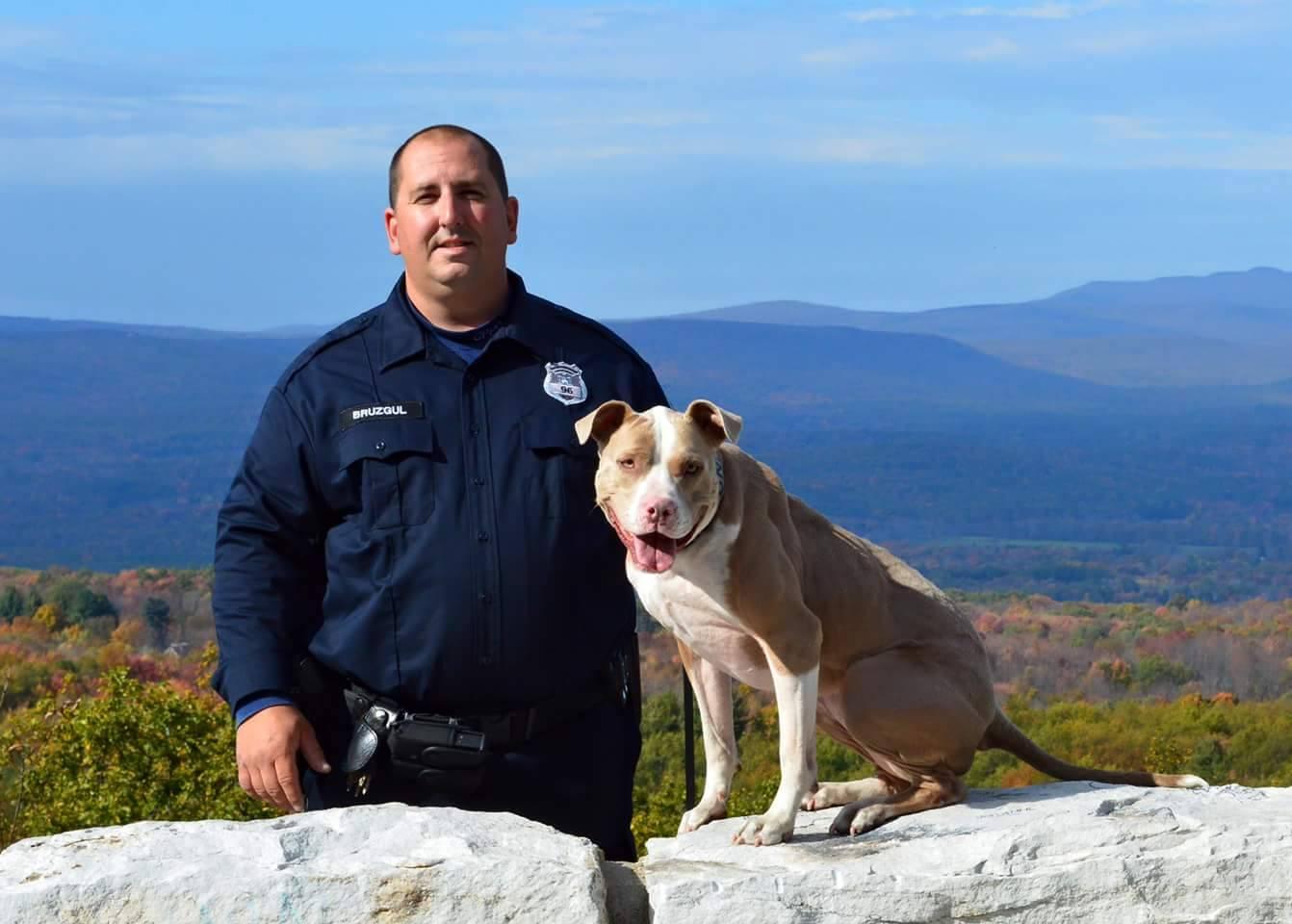 When Brad Croft was introduced to a group of abandoned shelter dogs in Kirby, Texas, one pup in particular caught his eye.

A sheepish, but strong-looking pit bull named Kiah was in the corner, recovering from a brutal injury to her skull. He was told the abused dog was hit in the head with a hammer shortly before she arrived at the shelter.

“From what I saw, I just couldn’t believe that she survived it, but she did,” Croft said.

It was truly miraculous, Croft described. Even more miraculous, the dog didn’t seem to hold a grudge.

That’s when Croft, operations director for UniversalK9 -- an organization that trains dogs as well as members of police and SWAT teams to become a successful K-9 Unit without the high costs -- decided to take the dog home to San Antonio to see if she could make it as a police dog.

At first, Kiah was hard to train. She didn’t understand what she was supposed to do. But soon it was clear to Croft: she was a fast learner.

By the end of an eight-week training period, the “gifted” dog was ready to work.

“If we were to have some kind of contest, she would outwork [the other dogs] all days of the week,” a confident Croft said. “This dog is crazy good.”

The City of Poughkeepsie Police Department reached out to Croft in hopes of finding the perfect K9 officer. Lucky for them, they found Kiah.

And the 85-pound dog is set to receive the ASPCA Public Service Award in New York City on Thursday as the first pit bull police dog in the state of New York.

“These awards recognize not just the heroism of particular animals, individuals, and organizations, but the incredible bond between people and their animals,” said ASPCA president and CEO Matt Bershadker in a statement. “That connection between people and pets is so strong that when you commit to helping one, you’re almost certainly helping the other.”

Since rescuing Kiah, Croft, partnering with the Animal Farm Foundation, a nonprofit corporation that helps rescue and re-home animals, has helped place 20 pit bulls in police departments across the country.

“They’re just good, good dogs. The Achilles heel is the stigma,” Croft said, referencing the misconception that pit bulls are by nature an aggressive and violent breed.

Croft points to Kaih as a perfect example.

“She’s so friendly, she wouldn’t hurt a fly,” he said.

This man builds benches and hand delivers them to bus stops that don't have any
More
Thanks for reading CBS NEWS.
Create your free account or log in
for more features.
View CBS News In
CBS News App Open
Chrome Safari Continue
Be the first to know
Get browser notifications for breaking news, live events, and exclusive reporting.