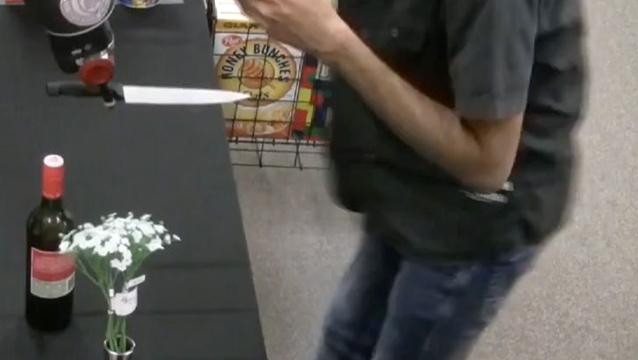 Technology is bringing the reality of having Jetson-like helpers in everyday life ever closer. Before we know it, there will be robots ringing up our groceries at the supermarket and washing the dishes before they pile up in the sink.

But there's one hold-up: how does a robot know when it is handling a sharp knife, rather than a dull dinner plate or a fragile carton of eggs?

"In general, the idea is that when a robot has to use such objects in the presence of humans or the robot needs to move a cup of hot tea near humans, how should it learn?" said Cornell University graduate student Ashesh Jain. "How will it understand that it should not poke you with a knife?

Jain and professor Ashutosh Saxena set out to train a Baxter robot, designed by the company Rethink Robotics for assembly-line use, how to work with objects typically used by humans. These robots have memory but lack interpretive skills.

By training them to recognize the general properties of objects, the research team was able to make them better suited for human interaction.

"I'm really interested in making robots smart, so that they can work with humans in human environments and help us," Jain told CBSNews.com. "If you're watching T.V., it should not stand between you and the T.V.," he added. "Understanding these preferences is really important."

They taught the robot to learn as it goes, sensing a person's reaction to something like a knife coming too close. In a video, they explained that they programmed the robot to plan its own motions. It comes up with three possible movement sequences, which it displays on a touch screen.

The person working with the robot gets to select which trajectory it will use, then give the robot corrective feedback. As the robot is moving, the person can manually shift the robot's elbows, so that the movement is slightly different and -- at least, in the case of a knife -- safer.

Saxena and Jain included a learning algorithm, that let's the robot learn by trial and error. If the first set of adjustments isn't the best, the person can try another set. In tests with people who were not associated with the research team or accustomed to working with robots, it took about five corrections to get the movements right.

Once the robot and person working with the robot have figured out the best set of movements for an object, the robot learns to associate those movements with similar objects: it will always handle eggs with care; it will not swing a knife out towards a person.

"So, a robot should not move a glass of water over your laptop. That will hold for all electronic devices whether it's a laptop or a mobile phone or anything," said Jain. "The robot learns the object properties, the higher level features."

The team will present their research at the Neural Information Processing Systems conference in Lake Tahoe, Calif., from Dec. 5-8.

Microsoft shuts down chatbot after it turned into Nazi
Danielle Elliot