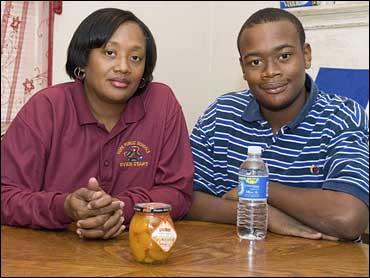 Welcome to a recipe for a political train wreck.

Next Tuesday, George W. Bush could beat Al Gore in the popular vote, yet lose the presidential election.

"In a race as tight as this one, the Electoral College starts to loom larger and larger," said American University political historian Allan Lichtman in Washington, D.C.

No, the Electoral College isn't an actual institution of higher learning, it's the mechanism, under the Constitution, that actually chooses the president. Devised by the founding fathers, the system is comprised of 538 electors. Each state's number of electors equals their combined number of members in the House and Senate. (In addition, the District of Columbia has three electors.) When you pull the lever on Election Day, you're really deciding which candidate's electors cast your state's electoral votes.

So what does this civics refresher course have to do with Bush and Gore? With the race now so close in both the popular and electoral vote contests, a split outcome looks increasingly possible.

"I did a back-of-the-envelope calculation at the weekend and found that had the election been held that day and had the polls been correct, Bush would probably have won the popular vote but Gore might have won the Electoral College," said John Aldrich, a political scientist at Duke University in North Carolina.

Here's how that might occur. Bush could win the popular vote by sweeping the Southern and Rocky Mountain states. But Gore could narrowly carry some of those Midwestern battleground states, catapulting the vice president past the magic number of 270 electoral votes. The reverse outcome - Gore clinching the popular vote, Bush capturing the electoral total - is possible, but less likely.

Yes, this has happened before. In 1888, Democrat Grover Cleveland beat Republican Benjamin Harrison in the popular vote, while Harrison won in the Electoral College - making him the president. Over the last century, we've come close to a repeat more than once: 1916, 1960, 1968, and 1976.

Think things couldn't get trickier? What if neither Bush nor Gore scores an Electoral College majority? They could tie at 269, one vote shy of the magic number. Under this scenario, the Constitution requires that the House of Representatives picks the next president, with each state's congressional delegation getting one vote. While a tie is far more remote than a split outcome, we've been there, too, in 1800 and 1824.

"The procedure is clear under the Constitution, but a lot of peple would be thoroughly confused if it happened. People need to be educated so there is not a sense that the winner comes to office lacking legitimacy," said Mark Rozell, a political scientist at Catholic University in Washington, D.C.