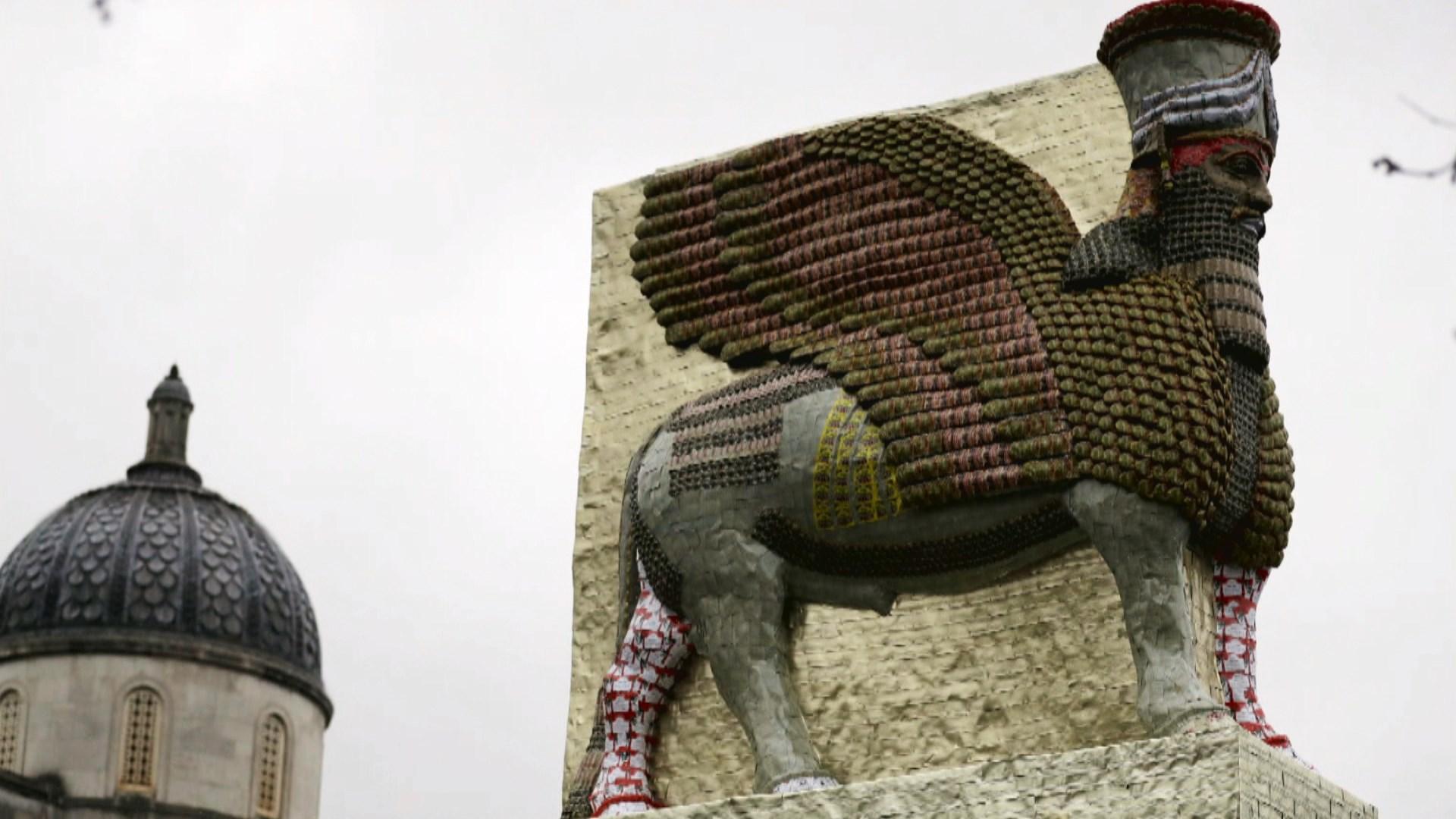 More than two decades ago, Britain's Royal Society of Arts decided something needed to be done with a prominent -- but empty -- space smack in the middle of London's Trafalgar Square. The platform, known as the Fourth Plinth, became a place to showcase works from a rotating group of artists and is considered Britain's most prominent stage for modern art.

This week, an American artist's recreation of an ancient Iraqi statue destroyed by ISIS was unveiled by London's mayor. The winged bull from artist Michael Rakowitz tells a story of the past and points to an uncertain future.

"What's important is that people look at this great piece of art and talk about it and, you know, ask the question: why is the original destroyed?" London's mayor, Sadiq Khan, told CBS News' Roxana Saberi. "What is it that makes people feel so insecure about themselves that they're destroying pieces of art."

The story of the sculpture began nearly 3,000 years ago when statues of winged animals with human heads called "lamassu" guarded the city of Nineveh in what's now Iraq. Three years ago in a museum in Mosul, ISIS militants took a drill to one of the statues, denouncing it and other priceless artifacts as signs of idolatry.

"I saw the destruction of the lamassu but I thought about the people that lived near Nineveh and live near Mosul and that's where I kind of understood the horror, Rakowitz said.

He decided to fight back. He recreated the lamassu using more than 10,000 empty cans of date syrup, which tell the story of how Iraq's once-thriving date industry has now withered from war.

As the grandson of Iraqi Jews forced to flee their homeland in the 1940s, Rakowitz grew up in the U.S. hearing about his cultural heritage while seeing images of Iraq torn apart. He saw it primarily as a battlefield, but knew there was much more to his country of birth.

So 12 years ago, he began rebuilding Iraqi artifacts destroyed in war using Middle Eastern food packaging and newspapers. He and his team have remade more than 800 so far.

For London's mayor, the winged bull symbolizes the strength of his city, which has faced its own attacks by ISIS.

Twenty million people are expected to see the lamassu over the next two years.

"At the end of its run here in Trafalgar Square in two years, if the Iraqi people would have it, I would love for it to go back to Iraq," Rakowitz said. "It would be an honor."