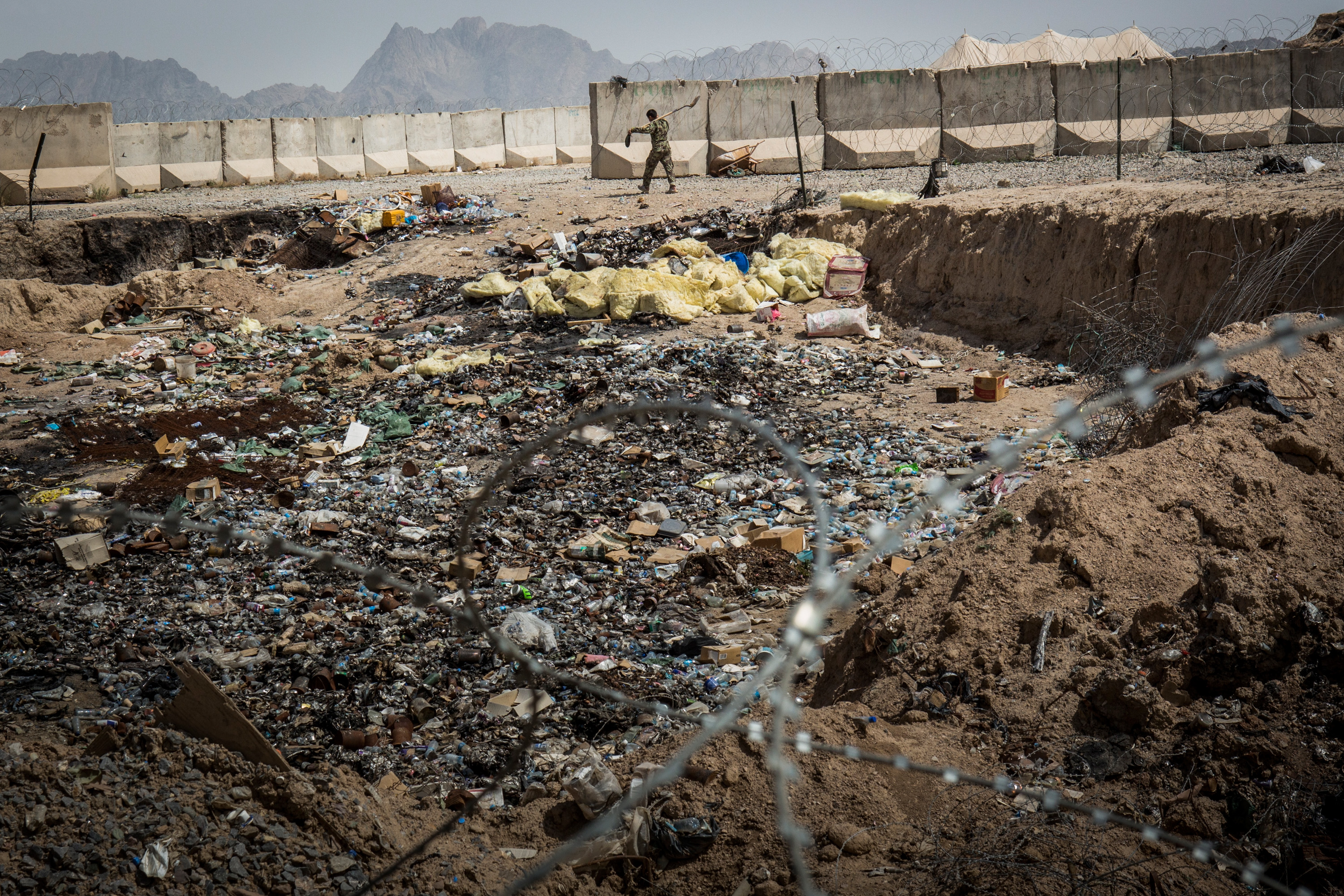 WASHINGTON A military camp in Afghanistan continues to use open-air burn pits to dispose of its solid wastes, potentially endangering the health of the nearly 13,500 people working there and violating the Pentagon's own regulations and guidance, federal investigators say.

The Defense Department has said burn pits should only be used as a temporary last resort when no other alternative trash disposal method is feasible. Even then, at bases containing more than 100 personnel, burn pits are supposed to operate a maximum of 360 days. However, the burn pit at Camp Leatherneck in Afghanistan's Helmand province continues to operate some five years after the camp was started, says John F. Sopko, the special inspector general for Afghanistan reconstruction.

The base could avoid using the burn pits altogether if the Pentagon were to make full use of four incinerators that cost $11.5 million to purchase and install, Sopko said.

The IG's report is the second in the past four months citing the use of burn pits at a U.S. base in violation of Pentagon regulations. The previous report focused on a base near the Afghanistan border with Pakistan.

In March, CBS News correspondent Jeff Glor reportedon a crippling lung disease afflicting soldiers assigned to work near burn pits. LeRoy Torres was a Texas state trooper and a captain in the Army Reserves when he deployed for a year-long combat tour to Iraq in 2007.

"The minute he got back," said his wife Rosie, "he was hospitalized, right when he got back. It was like, 'Okay, it's the Iraqi crud,' that's what we kept hearing. After a few weeks, he started having these breathing attacks. It was the scariest moment ever for us."

Rosie said her husband's health issues resulted from exposure to open-air burn pits, which the U.S. military used in Iraq and Afghanistan to torch everything from batteries to body parts.

The Pentagon forwarded an Associated Press request for comment to public relations staff in Afghanistan, who had no immediate response.

An Institute of Medicine study requested by the Veterans Affairs Department concluded in 2011 that there was insufficient data to determine whether burn pit emissions had long-term health consequences. However, some U.S. personnel stationed near burn pits have complained that burn-pit exposure has led to a litany of medical problems. Sopko cited an April 15, 2011, Army memo stating that long-term exposure may increase the risk for developing chronic health conditions such as reduced lung function or chronic bronchitis.

Lawmakers have recently required the VA to establish a database that would monitor personnel stationed near burn pits to track any health issues and alert participants if major problems are detected.

A Government Accountability Office report has said waste disposed in burn pits may consist of plastics, food, discarded electronics, pallets, mattresses, clothing, tires and metal containers. Officials have calculated that there are about eight pounds of waste each day for each person at a military base.

The inspector general's report for Camp Leatherneck indicated that investigators visited the camp three times in April and May. Two 12-ton incinerators were used sparingly, while two larger ones were never used. While contractors said during the last inspection that the larger incinerators would be operational in three weeks, they were still not operational as of July 2, according to the report.

Burn pits were relied upon heavily during the conflicts in Iraq and Afghanistan, particularly in the earliest years of the wars. The military has cited expediency as the major factor as incinerators or landfills may not have been readily available, especially when a base has just opened.