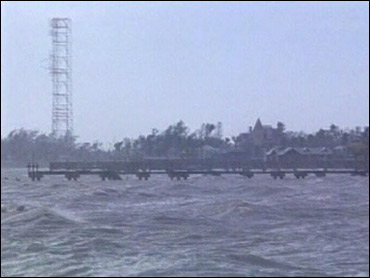 Divers say that waters off the Lower Keys are still murky since Hurricane Wilma hit South Florida in October.

While visibility has been normal in the Middle and Upper Keys, waters off the Lower Keys have remained murky for the last four months.

If the cloudy water persists, it could affect the Keys'$ 700 million reef-based tourist industry.

It's not uncommon for a hurricane or any big wind storm to stir up bottom sediments, which temporarily cloud the water. The superintendent of the Florida Keys National Marine Sanctuary says the sediments normally settle within a few weeks.

It's not known why sediment in the area hasn't settled yet.