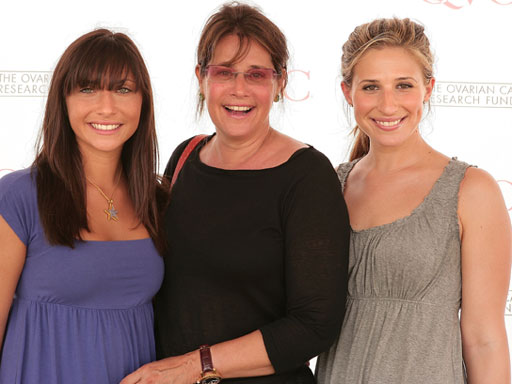 Frank Lawlis, a renowned psychologist who regularly appears on "Dr. Phil," visits The Early Show Monday to discuss his new book, "The ADD Answer: How to Help Your Child Now."

The book showcases his in-depth knowledge about attention deficit disorder and has practical suggestions for helping children who may suffer from it.

Lawlis says too many children today are diagnosed with ADD, when they may just be overactive, energetic children.

He says many of these kids are practically forced to take Ritalin, and a lot of them don't actually need it because they can be treated with much simpler methods, such as a change in diet.

Here is the preface to "The ADD Answer: How to Help Your Child Now":

I did not begin to write this book last year or the year before that. I started this book when I was born, and I have edited it ever since.

My birth was an ordeal for both my mother and me. She was given too much pain medication, by accident. Her labor was halted, and I was declared dead while still in the birth canal. A few hours later it was clear the doctor was wrong, but that did not stop him from issuing another diagnosis that was equally dooming: I was mentally defective due to oxygen deprivation. He told my parents there was no hope that I would progress in school, and he warned that sooner rather than later, I would cease to learn.

Being unaware of my limitations, I found that in a variety of settings, I could fake it until I made it. I developed ways of compensating for my problems much of the time, such as avoiding handwriting by means of self-imposed bruises on my right hand and requesting oral tests. I could not—and still cannot—read my own writing, though I finally developed my own style during my internship. During most of the third, fourth, and fifth grades, my world was like Mardi Gras. The letters would dance off the page when I tried to focus on my reading. When the teacher presented some topic for learning, my mind played tricks on me, such as counting every other word in her sentences, or making up new sentences, or finishing her sentences with my own version. I cannot tell you how many times I got busted for laughing at my own internal comedies. Church represented a host of materials for my imagination, especially from the hymnals.

I suspect that what kept me out of juvenile detention, especially in later years, was my parents, my sister, and the typewriter. All were teachers to me then, and later in my professional life, so I was very, very lucky. With the patience of Job, my father spent endless nights teaching me how to befriend numbers rather than fear them as my enemies. I remember one of the first things he told me: "Write your numbers big enough so you can read them." That was an amazing concept to me because I had been writing them in small little messes, with the thought of saving paper or for some other crazy rationale that escapes me. That task required some basics in organization, too, because he also made me line my numbers up in some order.

My sister brought in her typewriter when I was in the fourth grade, and I found that I could actually make out my own words. Finally I could reread what I had written, and I could begin to understand the mechanics of a sentence. Wow! (I cannot tell you of my rebirth when word processors arrived.) My mother was my cheerleader. Whether or not I would ever be a high school graduate did not matter to her as long as I had a mission to be the best person I could be. If this sounds like Forrest Gump, it may be accidental, but I sure identified with that character.

Many of the paths in this book are examples of things I learned as a means to "make it through." My highest goal in school was junior college, but I survived college, with a major in mathematics. (What else?) Then I began to explore the world of books, and could actually read one all the way through. What a concept! But I learned that I needed to read fast in order to keep my mind from wandering into some interesting story of my own. Two master's degrees and a Ph.D. later, with over a hundred research articles written and multiple books, I am still creating more stories in my head than Stephen King, and juggling at least four projects at one time.

But this book is not about my journey. This book is based on the hope seen in the faces of thousands of children and adults I've met on their pilgrimages in the miracle we call life. One of the most incredible blessings in my life has been to witness people on their healing journeys. I do not have to try to convince myself that individuals can be successful at any challenge. I have seen and known the spirit that lies within each of us that pushes us onward toward our destinies.

I have rarely seen people who are happy all the time, and just as
rarely have I seen people who are sad all the time. The goal of life is not to be happy, because that is a transitory state. Regardless of what our circumstances are and what our challenges are, I believe that we learn to live our lives according to the unique contributions we make for one another and for ourselves. It may be difficult to witness your child attempting to cope with the challenges of ADD. It may trigger your own confrontation with what it means to be a parent. But you do have a choice in your reactions. You can choose to label yourself and your child as victims of a harsh and stupid disorder, or you can actually embrace the challenge to become a hero and a star who can model the best possible response. You can learn to trust yourself and your creative senses. You might even learn that you are truly beloved by God.

Reprinted from "The ADD Answer: How to Help Your Child Now."
by Frank Lawlis by permission of Viking, a member of Penguin Group USA Inc. Copyright (c) 2004, Frank Lawlis. All rights reserved. This excerpt, or any parts thereof, may not be reproduced in any form without permission.