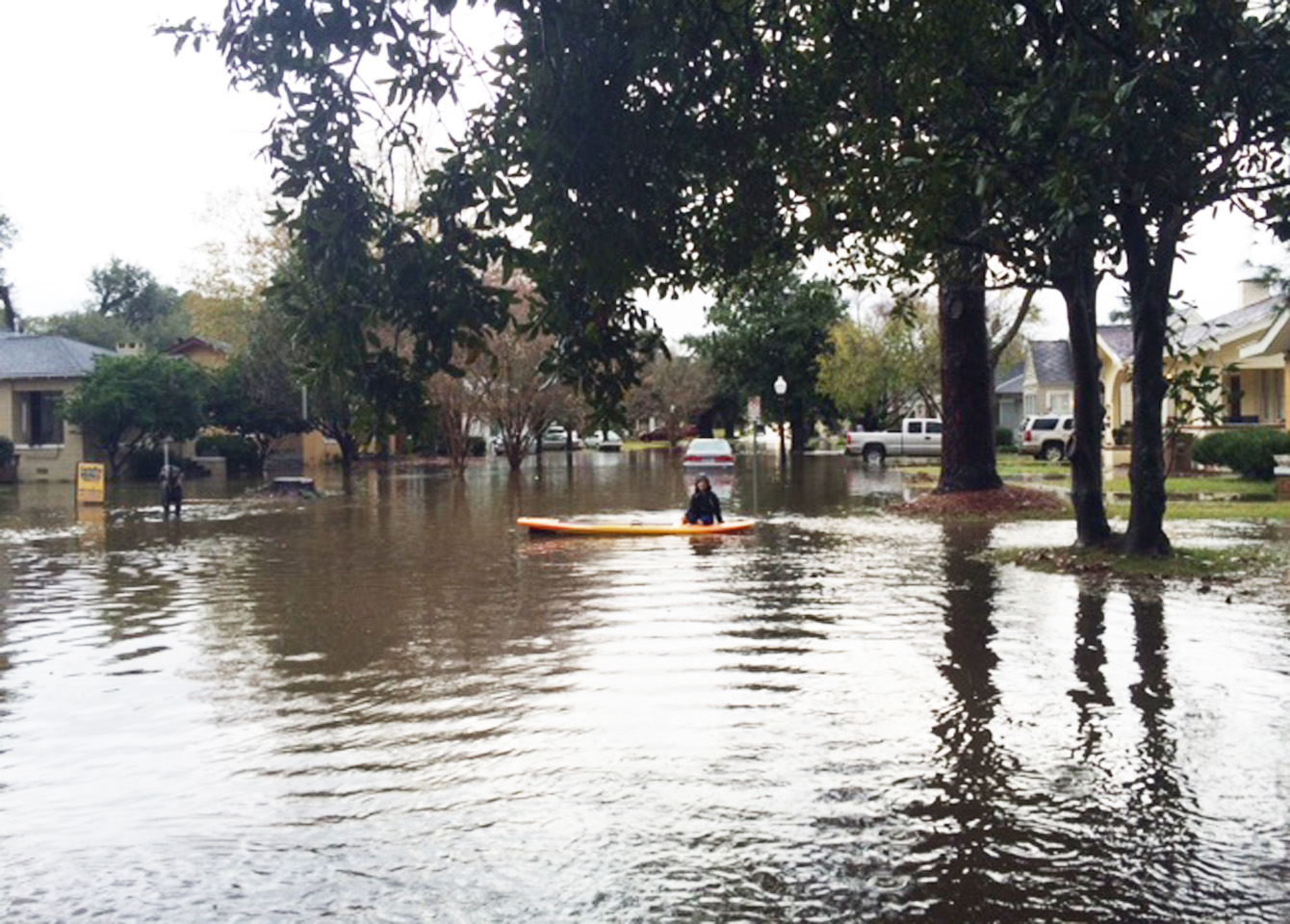 ATLANTA -- Storms packing strong winds and heavy rain slammed the nation's mid-section on Wednesday, and officials worried about Christmas yard decorations becoming projectiles in what forecasters called a threat of "multiple tornadic supercells." One person was killed in Arkansas when a tree fell on a house.

The biggest threat for tornadoes was in a region of 3.7 million people in Mississippi, Tennessee and Arkansas and parts of Missouri, Illinois and Kentucky, according to the national Storm Prediction Center in Oklahoma. Twisters were possible from midday Wednesday through the evening.

Elsewhere, the Northeast enjoyed spring-like temperatures as people rushed to finish last-minute shopping. Those on the slopes out West got their fair share of fresh powder.

In a reversal of a typical Christmas, forecasters expected New York to be in the mid-60s on Christmas Eve - about the same temperatures as Los Angeles. Only about half of the nation should expect the possibility of a white Christmas.

Across Mobile Bay in the small town of Loxley, Mandy Wilson watched the angry gray sky and told drivers to be careful as she worked a cash register at Love's Travel Stop.

"It's very ugly; it's very scary," Wilson said. "There's an 18-wheeler turned over on I-10. There's water standing really bad. It's a really interesting way to spend Christmas Eve eve."

In parts of Georgia, including Atlanta, a flood watch was posted through Friday evening as more than 4 inches of rain could fall, the National Weather Service said.

The threat of severe weather just before Christmas is unusual, but not unprecedented, said Greg Carbin, a meteorologist at the national Storm Prediction Center. On Christmas Day in 2012, a storm system spawned several tornadoes, damaging homes from Texas to Alabama.

"If you go through these neighborhoods, there are a lot of people very proud of what they've put out and they've got stuff everywhere - all these ornaments and deer and everything else," Clements said. "They're not manufactured to withstand that kind of wind speed, so they become almost like little missiles."

In Arkansas, a person was killed when a tree fell on a house near Atkins, which is about 65 miles northwest of Little Rock, the Pope County Sheriff's Office said.

No other details have been released. The storm downed trees and power lines throughout the county and authorities warned people to stay off the roads as cleanup continues.

Brandi Holland, a convenience store clerk in Tupelo, Mississippi, said people were nervous because of a tornado that damaged or destroyed more than 2,000 homes and businesses in April 2014.

"They're opening all our tornado shelters because they say there's an 80 percent chance of a tornado today," Holland said.

Forecasters said that by Wednesday night, the severe weather threat could shift east into the southern Appalachian Mountain region.

Once the strong storms clear out, forecasters say, the high temperature in Atlanta on Christmas Eve is expected to be in the mid-70s. That could break the record for Dec. 24, which is 72 degrees set in 1984, according to weather service records.