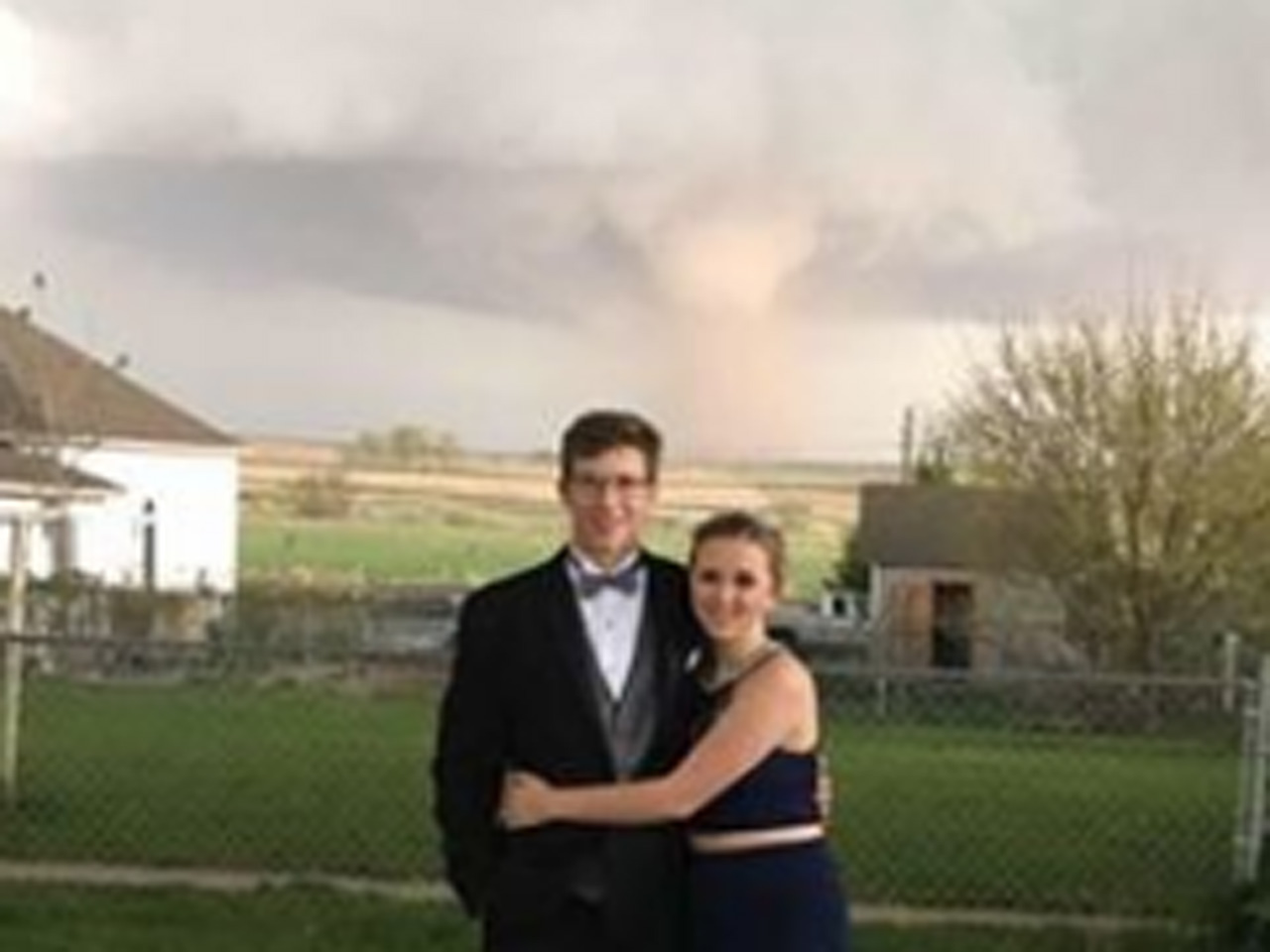 Teenagers Ali Marintzer and Charlie Bator dressed traditionally for their prom on Saturday at Wray High School in eastern Colorado: he in a tux, and she in strapless cocktail dress. However, the young couple chose an unusual backdrop for their photo: a raging tornado.

KMGH-TV reports Marintzer said they waited until they were sure there was no danger before stepping outside to snap the epic photo. She estimates the tornado was about three miles away when the pictures were taken, and that when they first went outside it was just a funnel cloud.

The prom was delayed about 45 minutes due to the weather, but not canceled.

A series of tornadoes swept across eastern Colorado over the weekend, causing several minor injuries and damaging motorhomes and buildings.

One of those twisters struck just north of the town of Wray about 6 p.m. local time Saturday, and left five people with minor injuries, according to NWS Science and Operations officer Jeremy Martin.

Speaking in a telephone interview from his office in Goodland, Kan., Martin said that tornado also damaged some buildings and other structures.

Storm chasers reported that it traveled for about 10 miles on the ground.

"We had at least four tornadoes in Yuma," Martin told The Associated Press. "We're still trying to get an exact number.