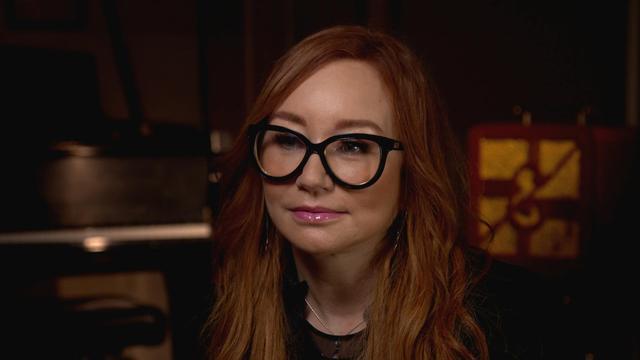 Singer-songwriter Tori Amos is one of the most influential women in music. She scored four platinum albums in the 90s and was included on VH1's list of 100 Greatest Women in Rock 'n' Roll. The classically-trained musician just released her 15th album, "Native Invader," which her daughter also sings on.

"It's not as if I hear voices, but I call them the muses. All of a sudden, I am getting full structure. And I have not thought of this before. It is being plugged in -- almost like I take a plug, plug it in and all of a sudden I am getting 'Reindeer King.' Just there, and it's a seven minute song," Amos said.

She said these moments often come at a really inconvenient time, like when she's driving.

"Roll my eyes, pull over. You pull over," Amos said. "Scribble wherever you can. Sing it into the phone. Do whatever it takes because it is fleeting."

"That I know that something exists that is not just from humans. I know," she said of the feeling. "There's nothing like it in the world."

Not all songs arrive so easily. In 1992, on her debut album, "Little Earthquakes," Amos included the song "Me and a Gun" about being raped in Los Angeles when she was 21.

Amos said she found the courage to write that song after seeing the movie "Thelma and Louise."

"I think I saw it 15 times and then it began to come from very deep within," she said.

In the aftermath of the Harvey Weinstein scandal, she understands the "Me Too" movement.

"There is a grief process that is occurring. First, it's ripping that scab off the wound that had maybe healed up for years and years and the silence. You just keep pushing it down until you're silent and you can't find the voice, you can't even voice it because you've pushed it down and pushed it down," she said. "But that's why this moment in time we will look back in 10 years and say, 'That's when people said enough.'"

Amos has a fellow songwriter in her family now, her 17-year-old daughter Tash, who sings with her on the new album "Native Invader."

"I mean, I sing like a fairy on crack -- it's just true. And she sings like a British soul singer," she said.

Whatever's happening with her daughter's voice, Amos joked, doesn't come from her side of the family.