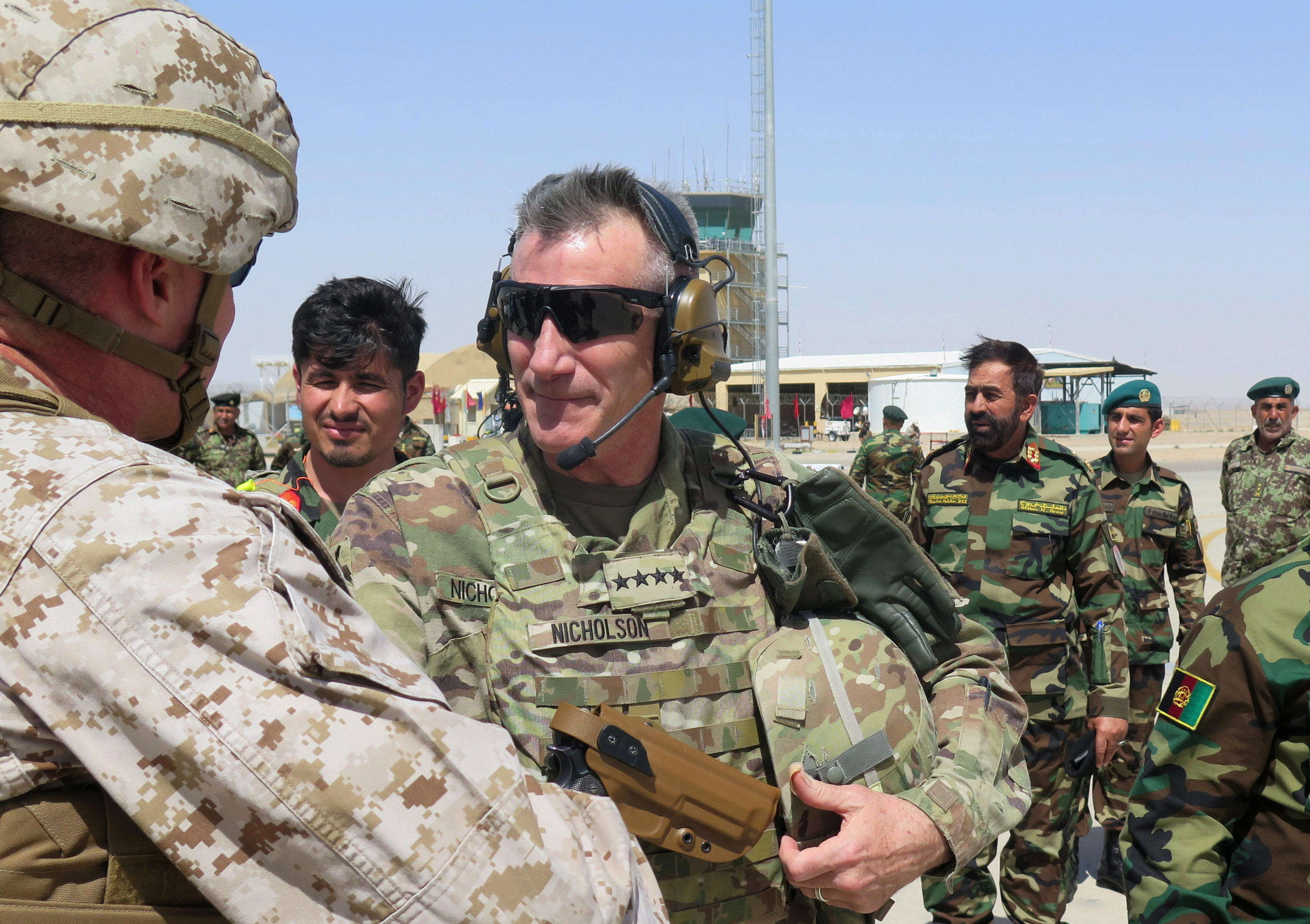 Gen. Joseph Votel estimates it could take days or a few weeks. He says that "what's most important for us now is to get some capabilities in to have an impact on the current fighting season."

Votel spent last weekend in Afghanistan. He spoke on Tuesday to reporters traveling with him to Saudi Arabia.

The majority of U.S. forces in Afghanistan are in a non-combat role. But it was the possibility of having U.S. soldiers on the fighting on the frontlines that caught the attention of Abdullah Abdullah, a senior Afghan official.

"Are you hoping, expecting that American forces will be take more of a combat role here?" CBS News foreign correspondent Charlie D'Agata asked.

"I will say that with the new policy, the removal of limitations, they will be in a much, much better position to make an impact. U.S. forces will be much, much more active on the ground," Abdullah said.

Defense Secretary James Mattis, who is traveling in Iraq and Jordan, said Tuesday that there is a number of troops he's "authorized to go up to," and he has directed the chairman of the Joint Chiefs to put together the plan for U.S. troops. He told reporters that the number "may or may not be the number that's bandied about" -- which is around 4,000 -- but he declined to be specific.

"I'd rather not say a number and then have to change it later on," he said. "Let me look at the plan that the military brings me. We've given them the strategic goals. They now have to line up the different things they have to do and assign troops to each one of those efforts. Once I see that, look at the number we have on the ground, reorganize those we have on the ground to align with the new strategy and then bring in whatever gap fillers I need."

This comes after President Trump outlined a plan Monday night for Afghanistan that would eliminate arbitrary timetables and base further military operations on ground conditions. He made clear that while his initial instinct was to withdraw U.S. troops from Afghanistan, he's changed his mind. The president, however, did not explicitly say his strategy will call for more troops to deploy and said he couldn't share specific numbers.