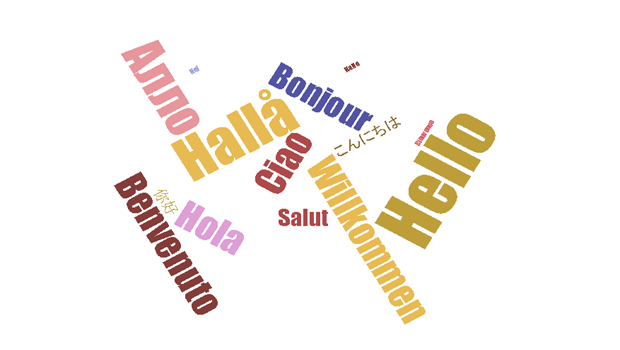 Whether you're a World Cup fan enjoying the fun in Brazil, a business traveler trying to close the deal in a foreign country, or a summer vacationer exploring abroad, it's always good to have a translation app handy to help you find your way.

Here are some of the best-rated translation apps around:

The search engine's translation tool is considered one of the more comprehensive. Capable of translating nearly 80 languages -- including Portuguese, Chinese, Russian and Italian -- it can handle both speech and handwriting. Translations need cellular data or Wifi on iOS, but Android users are able to download offline language packs to use as needed.

Users say Google Translate works relatively well, but tends to stumble on idiomatic expressions. Others have commented that it needed improvements in certain languages, and offline support for others.

Developed by Quest Visual but recently acquired by Google, Word Lens allows smartphone owners to point their cameras at text written in a foreign language and have it instantly translated to their native language. Developed in 2010, the app quickly scans foreign text, such as a menu or street sign, and shows the translated text on the smartphone screen.

Despite approximating Star Trek's Universal Translator, it has its limitations. The augmented reality app is noted to be too sensitive to camera movement, which may result in incorrect translations. Users say it works best with simple and clean text.

Starting June 12, professional translating service One Hour Translation is offering free on-demand Twitter translation services in real time during the 2014 World Cup in Brazil. Travelers attending the games will be able to tweet the company's Twitter handle and have their messages translated for free.

"Over the past few years, the news and sporting world have converged on social media, specifically Twitter, creating a platform for both fans and athletes to express approval and disappointment," One Hour Translation CEO, Ofer Shoshan, said in a press release. "During this year's tournament, we will also allow travelers to interact with the local market and fellow travelers, as they will be able to translate messages in real-time."

iTranslate, one of the more popular translating apps, has over 80 languages to choose from. Features include voice input and output and the options to choose between different dialects, male and female voices, and the speaking rate.

Need to send an email or tweet in another language? Users can copy, paste and share a translation from iTranslate into another app. The app also allows users to transform non-Latin languages into Latin characters, according to the website.

Critics found iTranslate did not do well with voice input. To solve that issue, the developer created a separate app, iTranslate Voice, which allows speakers to utilize voice-to-text and voice-to-voice capabilities. The latest version of iTranslate Voice currently supports 42 languages and dialects, as well as uses AirTranslate, allowing two Voice users to connect devices together and engage in conversation with each other.

Both apps have one major downside -- iTranslate and iTranslate Voice need to be connected to the Internet in order to translate in real time. Sayings that are favorited in iTranslate can be accessed while offline.

Have you tried any translating apps? Let us know what you think in the comments below!