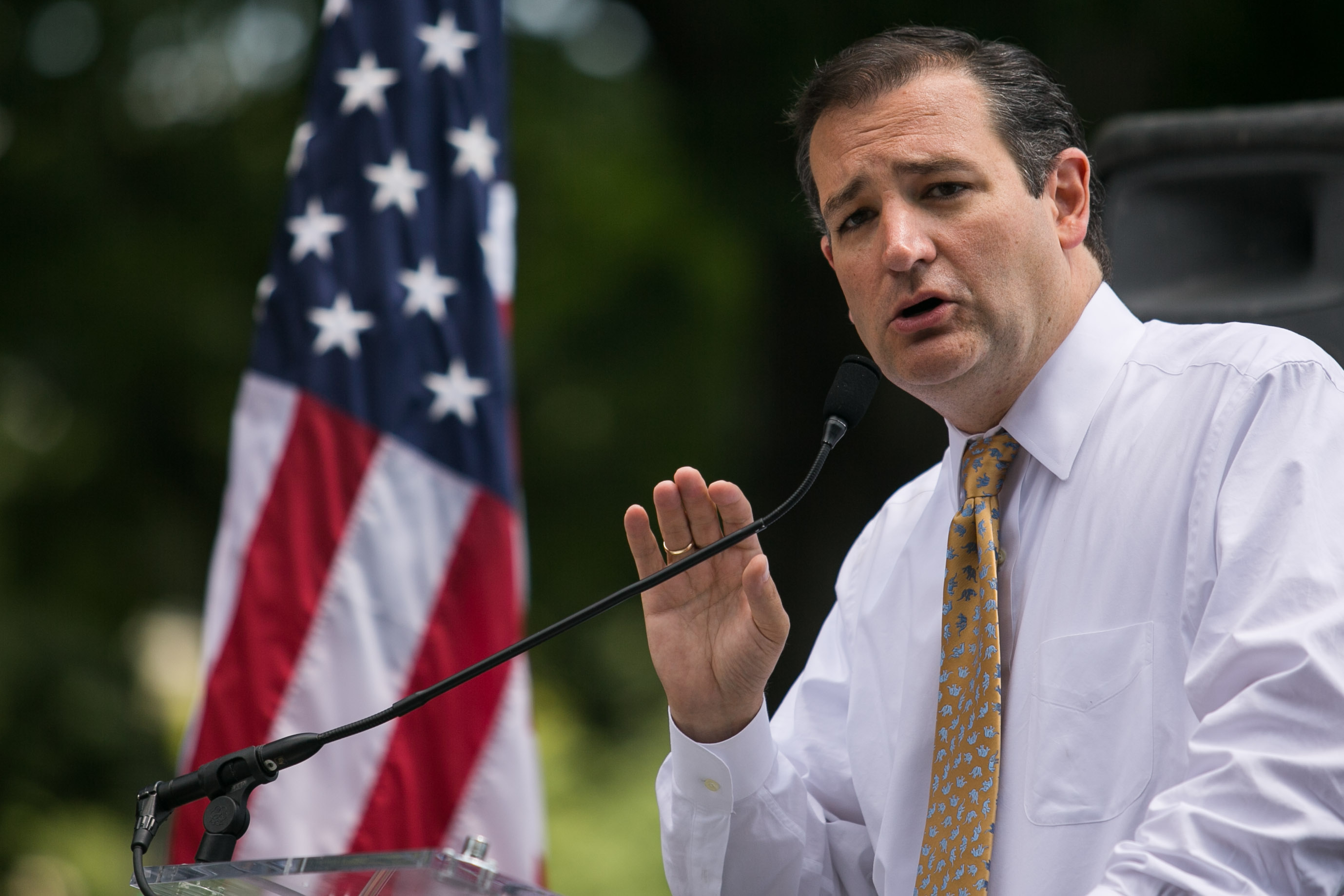 The next presidential election may seem eons away to most, but in the early-voting states, it's always on the horizon. As potential presidential candidates like Gov. Bobby Jindal, R-La., and Sen. Ted Cruz, R-Texas, fuel speculation about their political ambitions, they're making stops this week in key states like Iowa and New Hampshire.

Jindal, chairman of the Republican Governors Association, was in Iowa on Saturday for a fundraiser benefitting Gov. Terry Branstad, R-Iowa. The event was hosted by Bruce Rastetter, a major Republican donor.

Jindal over the weekend also attended the National Governors Association's summer meeting in Milwaukee, Wis., where - unlike other GOP governors - he endorsed the plan some congressional Republicans are pushing to use the threat of a government shutdown as leverage to defund Obamacare.

"We absolutely should use whatever opportunity and tactic we can to repeal and replace Obamacare," Jindal told the New York Times, calling the prospect of a shutdown nothing more than "a false threat" and "scare tactics" from the Obama administration.

Other Republican governors oppose it because a shutdown would have negative consequences for states. Several congressional Republicans also oppose the effort, since as a report from the nonpartisan Congressional Research Service confirmed, failing to fund the government by the end of September wouldn't really stop the implementation of the health care law.

Cruz, one of the main proponents of the plan to defund Obamacare, will also be traveling to Iowa soon: He's heading there next weekend for the Family Leadership Summit, and the Iowa Republican Party announced Monday that he's headlining the Iowa GOP's annual Ronald Reagan Dinner in October. On an earlier trip to Iowa this summer, Cruz dismissed speculation that he's gunning for the 2016 GOP presidential nomination, though he did win a presidential straw poll at a conservative conference last week.

Like Cruz, former Sen. Rick Santorum, R-Pa., is attending the Family Leadership Summit in Iowa next weekend. On Sunday, Santorum, who lost the GOP nomination in 2012 to Mitt Romney, said he's considering another presidential run.

Another conservative, Rep. Peter King, R-N.Y., arrived in the early-voting state of New Hampshire on Sunday for a two-day stop there. While the congressman may seem like a long shot as a presidential contender, he told the Associated Press that primary voters would be "receptive" to his candidacy.

"If I do run, I intend to win. But certainly, it's added incentive to prevent the isolationist wing of the party from taking over," King said. "Someone like Rand Paul has set the Republican Party back 50 years."

On the Democratic side, former Secretary of State Hillary Clinton is considered the clear frontrunner, though she hasn't said whether she's actually running. Gov. Martin O'Malley, D-Md., however, has been more forthright about his potential candidacy.

"By the end of this year, I think we're on course to have a body of work that lays the framework of a candidacy for 2016," O'Malley told reporters at the National Governors Association meeting in Milwaukee.