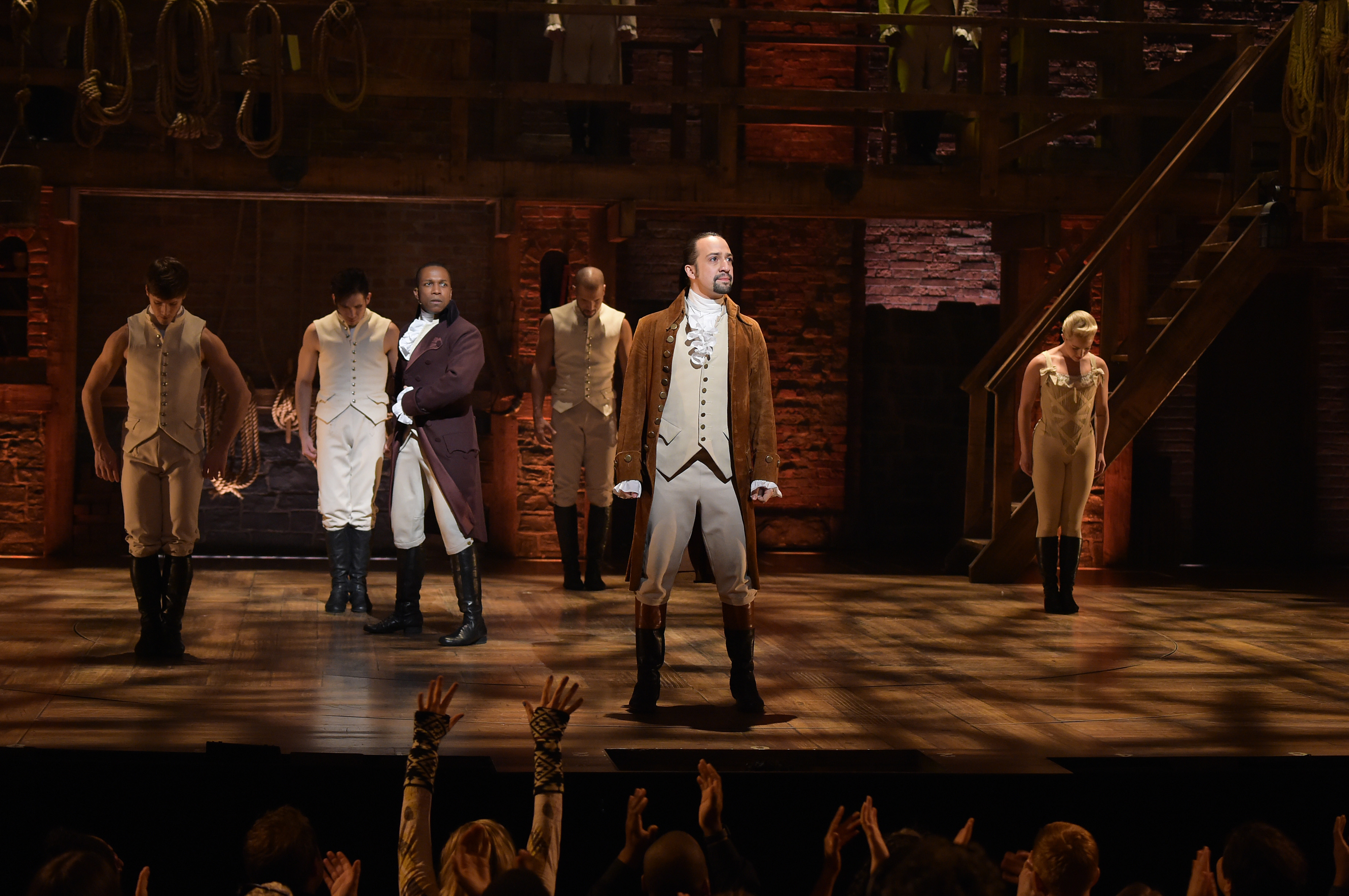 The deadly shooting at a gay Florida nightclub has cast a shadow on the upcoming Tony Awards, with organizers dedicating Sunday's ceremony to the dead, and Broadway performers rushing to embrace the LGBT community.

"Our hearts are heavy for the unimaginable tragedy that happened last night in Orlando. Our thoughts are with the families and friends of those affected," the Tony Awards said in a statement Sunday. "The Tony Awards dedicate tonight's ceremony to them."

At least 50 people were killed early Sunday at the Pulse club in Orlando. It was the worst mass shooting in U.S. history.

Organizers didn't say how the evening's Tony broadcast would be affected, but "Hamilton" -- the musical about founding father Alexander Hamilton that is expected to win big -- will drop its use of muskets in its performance, according to a show's spokesman.

Tonight's ceremony will be broadcast on CBS beginning at 8 p.m. ET.

Performers who have strong ties to the gay community like Donna Murphy and Audra McDonald took to Twitter to express their outrage over the attack.

Lin-Manuel Miranda, the star and creator of "Hamilton" tweeted a rainbow-colored heart with "Orlando" written beneath it:

The performance from the revival of "Spring Awakening," featuring a mix of hearing and deaf performers, was dedicated to the victims. The show's director, Michael Arden, called the attack "senseless."

The shooting threatened to put a damper on the expected victory lap for "Hamilton," Miranda's hip-hop-flavored biography about the first U.S. treasury secretary. With its diverse cast, the show has become a cultural phenomenon, bringing attention to Broadway like no other.

At rehearsal, new host James Corden led a show that was endearing, respectful and not at all edgy. The "The Late Late Show" host sang and danced and encouraged others in the audience to pick songs and join him in a bit of karaoke during breaks. No official mention was made of the Orlando attack.

The show itself seemed to burst out of the smallish Beacon Theatre on the Upper West Side, taking a page from the weekly free public concerts outside "Hamilton" to put performers from the nominated shows on tiny stages outside the venue serenading the crowd before and after commercial breaks.

"Hamilton" and the 38 new productions this season helped Broadway's attendance figures hit a record high, up 1.6 percent to 13.3 million ticket buyers. The box offices reported a record total gross of $1.37 billion - up 0.6 percent from the previous season.

This season brought unusual musical stories for Broadway: an unhappy wife and pie-maker in "Waitress;" the inside story of a forgotten 1920s African-American musical in "Shuffle Along;" and a bluegrass show about an unwed mother in the South in "Bright Star." One of the darkest and most twisted shows was "American Psycho," with a knife-wielding hero smeared in blood.

The plays and play revivals included a look at Liberian sex slaves in "Eclipsed," a fractious family's Thanksgiving get-together in "The Humans," a tale about what might happen when the current English queen dies in "King Charles III" and two Arthur Miller unconventional revivals of "The Crucible" and "A View from the Bridge." In one, the actors were barefoot. In the other, a wolf-like dog made a chilling appearance.

The season also was rich in diversity among actors: Fourteen of the 40 Tony nominees for acting in plays and musicals - or 35 percent - are actors of color. And there are more non-whites nominated on the other side of the stage, including choreographer Savion Glover, directors George C. Wolfe and Liesl Tommy, and playwright Danai Gurira.

Women also broke records: "Eclipsed" is the first ever Broadway play to feature a director, writer and cast who are all women and also all black. On the musical side, "Waitress" marked the first time that the four top creative spots in a show - composer, choreographer, book writer and director - were four women.