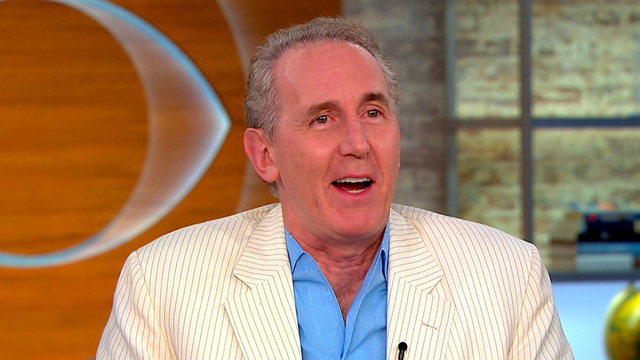 Do you work compulsively? Do you feel physically run down or have a hard time finding a stopping point at work?

Then you may be what's called a "work martyr" - and you are not alone.

According to a survey by Project: Time Off, 55 percent of employees didn't use all of their vacation time, accruing 658 million unused days in 2015. Some 222 million of those vacation days are simply going to waste because they cannot be rolled over, banked or paid out.

"Number one, putting everything else aside, people feel scared that if they do take a vacation they will come back to no job. That's a legacy of the recession," Tony Schwartz, CEO of The Energy Project, explained on "CBS This Morning" Wednesday. His company advises other companies how to become more productive. "The second reason is that people actually don't feel... as if they have value if they're not working. We're so focused on what we do that we lose connection to the idea that we have any value if we're not working."

But this can actually be hurting you. Research shows that time off increases engagement, decreases stress, helps you feel refreshed, and boosts productivity and work performance. In fact, employees who took 11 or more vacation days a year were more likely to receive a recent raise or bonus, compared to those who took 10 days or fewer.

Employers topped families as the most powerful influence on taking vacation time - 24 to 23 percent. Fifty-eight percent of workers report a lack of support from their boss, compared to 53 from their colleagues.

But that's not the case in Schwartz's company. In fact, this summer, Schwartz will be leaving for his fourth 30-day vacation. In addition to his own desire for a break, he said he wanted to be a role model and encourage his employees to take time off comfortably. Employees at The Energy Project receive a generous five weeks off in their first year, and six weeks after that. Schwartz said the longer vacation time helps them unwind.

"I run a company that goes and tells employers to give more vacation, not less... so what we've learned is it really helps to take a more extended vacation," he said. "If you're taking a week of vacation, on the last day, you're finally starting to fell relaxed, and before the day ends, you're on your way home."

Some startups have taken the concept further with an unlimited vacation policy. But Schwartz shut it down as a "terrible idea."

"What it does is it actually imposes on people guilt about... any vacation they take. If somebody says to you, 'you have three weeks vacation,' you feel comfortable, or more comfortable taking that. If you somebody says to you, 'take as much as you want but we'll be noticing,' the odds are you're not going to take as much," Schwartz said. "So, really poor idea. We need boundaries."

If you are still not convinced about asking for time off, Schwartz stresses that the quality of work outweighs the quantity.

"The question is not how many hours you work; the question is what do you accomplish during those hours you work? This is operating not as a marathon, where you constantly hold back on spending all your energy, but you're fully investing and then you're refueling," Schwartz said. That's a different way of working, and I think it's... the only way in a world of relentlessly rising demand that... companies are going to be getting the best of their employees."