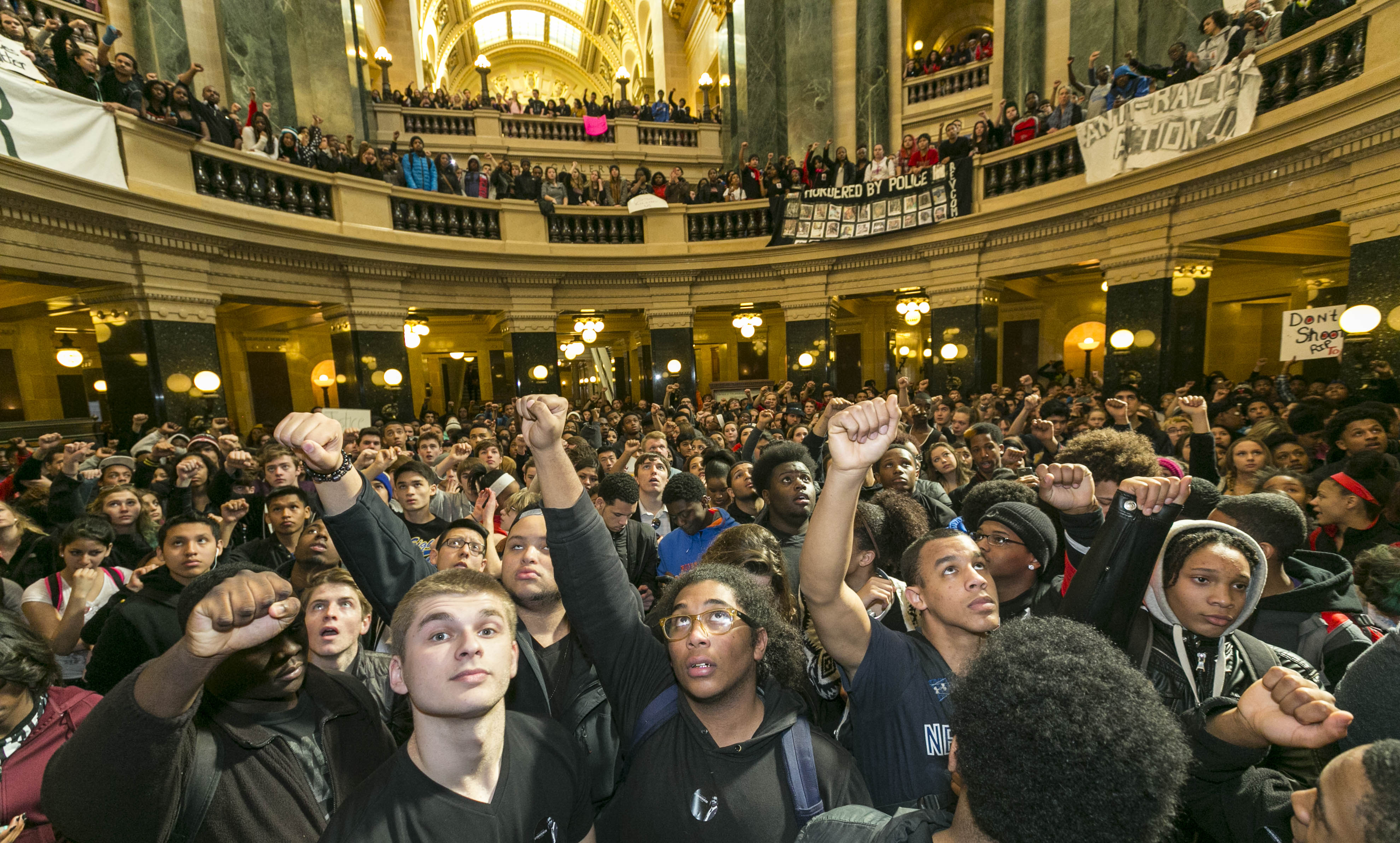 The police chief of Madison, Wisconsin, apologized again Monday for the deadly police shooting of teenager Tony Robinson, but did not admit any wrongdoing.

Hundreds of people gathered Monday night for another round of protests, and it wasn't the only sign of anger. Officials say hackers targeted the local government's computer network overnight, reports CBS News correspondent Dean Reynolds.

As calls for change echoed through the state's capitol, hundreds of people, many of them students, addressed Robinson's killing.

One crowd of frustrated protesters crammed into a hallway to speak with Madison's Mayor Paul Soglin.

Michael Johnson, the president and CEO of the Boys and Girls Clubs of Dane County said the community, which is 5 percent African American, has its challenges.

"Forty-four percent of the people who are housed in our county jail are African American," Johnson said.

Since the shooting, the Madison police department is working together with community leaders encouraging peace and patience as state and county officials investigate the killing.

"Our kids, they're not looting, they're not flipping over cars," Johnson said. "They're voicing their concerns."

On Monday, Madison Police Chief Mike Koval posted an apology to his blog: "Reconciliation cannot begin without my stating 'I am sorry,' and I don't think I can say this enough. I am sorry."

Robinson's uncle Turin Carter, standing alongside the 19-year-old's parents, addressed reporters outside the home where his nephew died.

"Let me make it clear, we appreciate the police and we understand the necessity for them, but once again that does not excuse what happened," Carter said. "We want to know the facts of the matter and nothing else."