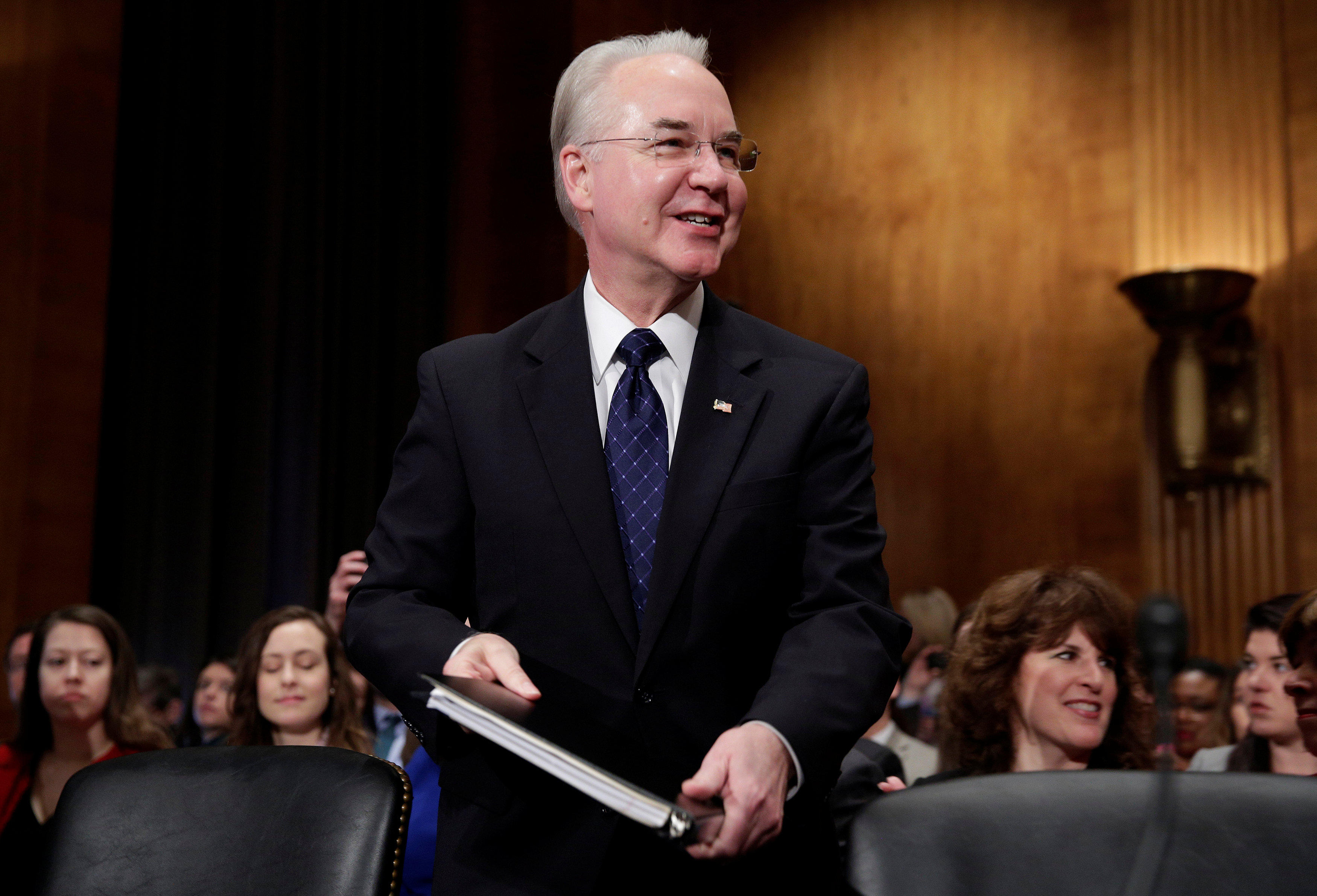 Health and Human Services Secretary Tom Price apparently spent $500,000 on tax-funded military aircraft travel for him and his wife, Betty Price, in addition to previously-reported private charter flights, according to a report in Politico.

Price announced earlier Thursday that he would be repaying the federal government $52,000 for private charter planes he took, a new report emerged that the White House approved more than $500,000 in taxpayer funds for military jets for business travel to Africa, Europe and Asia this year.

Politico also reported Price spent more than $400,000 on private charter planes on routes that often had commercial flights available. Price pledged to repay the government for his seat on domestic travel earlier Thursday, although his statement did not address international travel.

On Thursday, Senate Judiciary Committee chairman Sen. Chuck Grassley, R-Iowa, sent a letter to Mr. Trump asking for his explanation on the travel of Price and other cabinet members. On Wednesday, the president said he was "not happy" about Price's travel habits. Asked if he would fire Price, the president said, "We'll see."

HHS did not immediately respond to CBS News' request for comment, but an HHS spokeswoman told Politico that Price's flights were necessary.

The White House told CBS News it closely reviews the use of military aircraft.

Price's travel, according to Politico, included stops in Berlin, Geneva, Beijing Ho Chi Minh City and Tokyo, places where the secretary attended world health meetings and met with officials. Price also visited Liberia to address the Ebola virus. None of Price's domestic travel or travel abroad appears to be anything other than work-related.

The HHS inspector general is already investigating the secretary's travel. But Price isn't the only cabinet member under scrutiny. Environmental Protection Agency (EPA) head Scott Pruitt's non-commercial flights have cost more than $58,000 to taxpayers, as CBS News reported, and Treasury Secretary Steve Mnuchin is under scrutiny by the Treasury Department's inspector general for his reported use of a government plane to view the eclipse in August.

HHS issued a statement from Price Thursday, in which Price said he would take no more private charter flights while secretary, "no exceptions," and write a personal check to the U.S. Treasury for the expenses of his travel on private charter planes.

"All of my political career, I've fought for the taxpayers. It is clear to me that in this case, I was not sensitive enough to my concern for the taxpayer," Price said in the statement. "I know as well as anyone that the American people want to know that their hard-earned dollars are being spent wisely by government officials."

When he was a member of Congress, Price preached fiscal conservatism, and criticized then-Speaker of the House Nancy Pelosi for taking a private plane.

On Fox News Saturday, the secretary admitted the "optics" of his flights "don't look good."