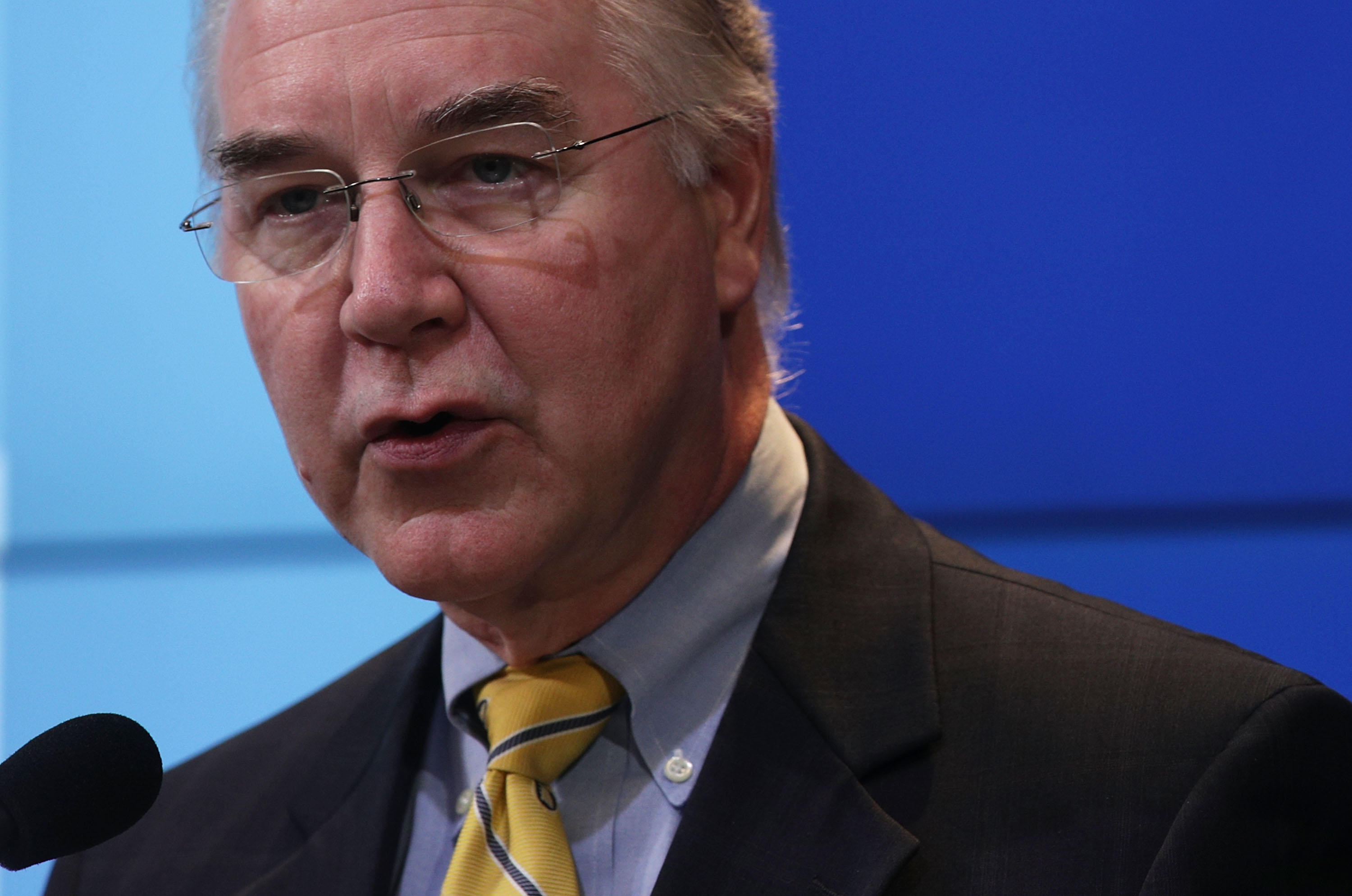 Health and Human Services (HHS) Secretary Tom Price admitted the "optics" of his use of tax-funded private charter jets on HHS business "don't look good," and he's heard the public's concerns, in an interview with Fox News' Leland Vittert on Saturday.

"The optics in some of this don't look good, and that's why we again have taken this criticism to heart," Price said.

Price responded to concerns over his use of taxpayer funds, after Politico reported he took at least 24 flights, to the tune of $400,000, instead of traveling commercially. HHS' independent inspector general is investigating the matter, and Price said his agency is also conducting an internal review.

"We've heard the criticisms," Price told Fox News. "We've heard the concerns. And we take that very seriously, and have taken it to heart. As you mentioned, the inspector general is going through a review and an audit of this process and we will cooperate fully with it. I've instituted or initiated as well an internal or departmental review of the procedures and processes that we go through for official travel to determine whether there are any changes or reforms that are necessary. And if there are, then we look forward to instituting those, because we welcome this review."

Price, pressed twice as to whether he will commit to ending tax-funded private charter flights, said he doesn't expect any further trips until that investigation is over.

"I don't think there will be any charter trips until this review is complete," barring some kind of "emergency," he said.

But Politico has reported Price used a private charter plane the day after its story broke. Price parts with Politico -- which first reported the story -- on the details of his travel. Politico says there were at least 24 trips in the last four months, while Price insists there were only 11, and some were for hurricane and opioid crisis-related travel. Politico says at least 17 flights took place before Hurricane Irma and Hurricane Harvey hit.

The investigation into Price's travel makes the HHS secretary the second cabinet-level official whose travel is under scrutiny. The Treasury Department's inspector general is also reviewing Treasury Secretary Steve Mnuchin's reported use of a government plane to view the eclipse last month.

Fox's Vittert pressed Price on his use of the private charter plans, particularly since HHS is cutting programs from its budget, and Price, when he was a congressman, slammed former Democratic Speaker of the House Nancy Pelosi for using a private plane to travel. As a member of Congress, Price was known for preaching fiscal conservatism. Price said Pelosi's travel was a "different matter," before adding private charter travel isn't the norm, and emphasizing the importance of the ongoing reviews.

The HHS inspector general doesn't have a timeline for the review.

"OIG is conducting a review of Secretary Price's federal travel using chartered aircraft," HHS spokeswoman Teisa Williams told CBS News earlier this week. "The review focuses on whether the travel complied with federal travel regulations, but may encompass other issues related to the travel. "We take this matter very seriously, and when questions arose about potentially inappropriate travel, we immediately began assessing the issue. I can confirm that work is underway and will be completed as soon as possible."