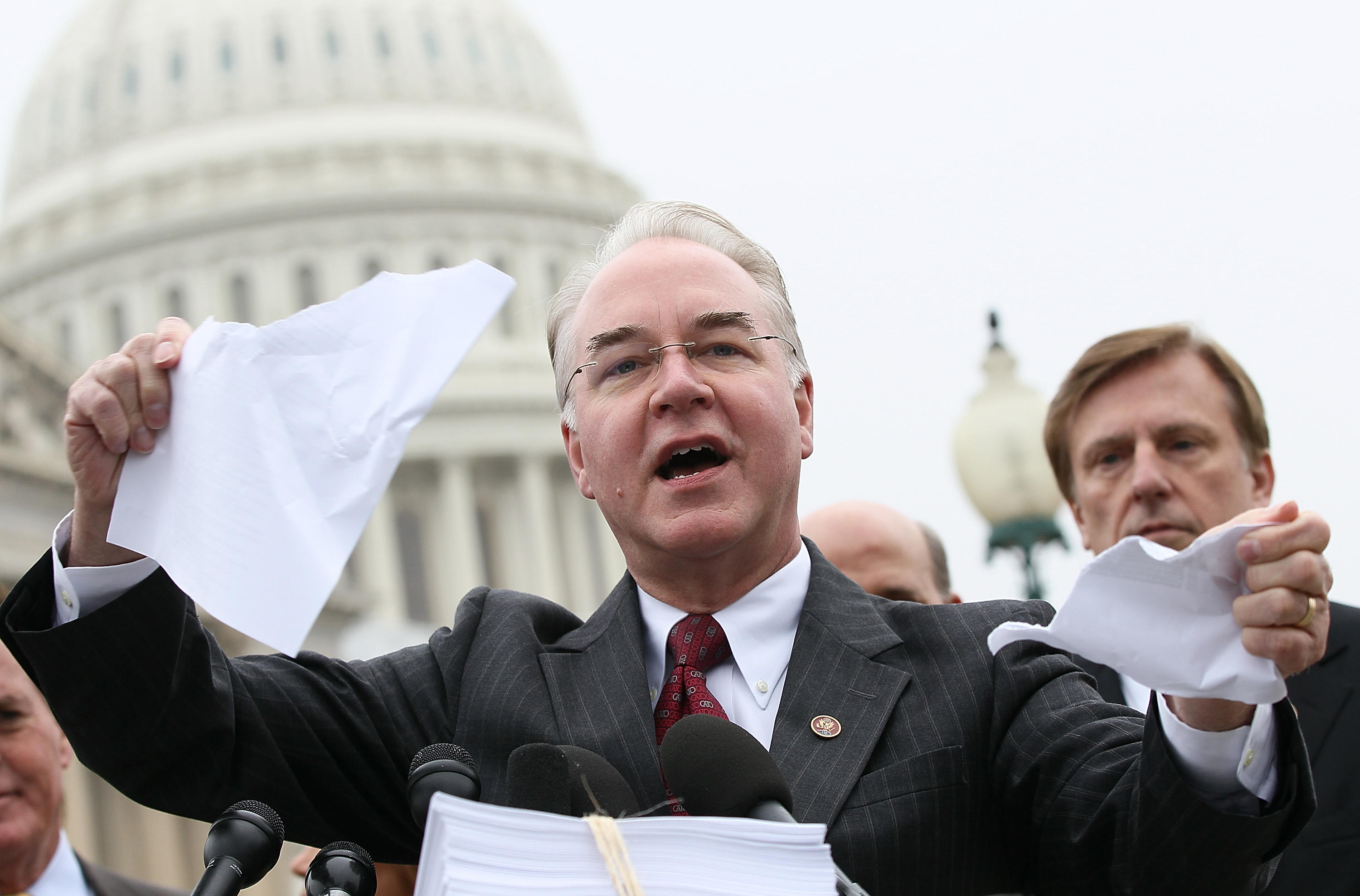 "Taxpayer funds are not meant to be used as a jet-setting slush fund," said Rep. Frank Pallone, D-N.J. Pallone said Democrats would seek a "full accounting" of Price's travel from his department's inspector general.

Price, a former Republican House member from Georgia, chartered flights to a resort in Maine where he was part of a discussion with a health care industry CEO, according to a report in Politico. He also chartered flights to community health centers in New Hampshire and Pennsylvania. One leg was from Dulles International Airport to Philadelphia International Airport, a distance of 135 miles.

Charmaine Yoest, Price's assistant secretary for public affairs, did not dispute the report. She said Price tries to fly commercial whenever possible, but that option "is not always feasible." She said the department's travel department checks "every possible source for travel needs."

To Democrats, Price's expensive travel smacked of hypocrisy given Trump's campaign pledge to drain "the swamp" of money and influence in Washington and Price's long-standing criticism of government waste.

Other members of the Cabinet contacted by The Associated Press said they personally foot the bill for chartered travel or reimburse taxpayers the difference between commercial and chartered travel. The exceptions are when they are traveling with the president or vice president, who fly aboard government planes.

Department of Education spokeswoman Elizabeth Hill said by email that Secretary Betsy DeVos "pays for all of her travel expenses including flights, hotels, etc. out of pocket and at no expense to taxpayers." Hill said the only charge to the department was one roundtrip Amtrak ticket from Washington to Philadelphia for $184.

Terrence Sutherland, a spokesman for Small Business Administrator Linda McMahon, said in an email: "On the rare occasion that the administrator has utilized private air services, she had covered the difference in cost between private and commercial air services out of her own pocket."

Travel by some other Trump Cabinet secretaries has raised questions lately about whether any come at taxpayer expense. Treasury Secretary Steven Mnuchin said last week that the initial request for use of a government plane for his European trip last month was about national security and not his own personal convenience on his honeymoon.

Mnuchin said as a member of the president's National Security Council he needed a secure communication link with Washington and his staff put in a request for use of an Air Force jet for his honeymoon trip with his wife, Louise Linton, to Scotland, France and Italy. But he said it was just an option being explored and once it became clear he could obtain secure communications links without a government plane, the request was withdrawn.

"The government never paid for any of my personal travel," Mnuchin said. "This had nothing to do with convenience. This was purely about national security."

Mnuchin also denied reports that he and his wife used a government plane to travel to Kentucky so they could view last month's solar eclipse.