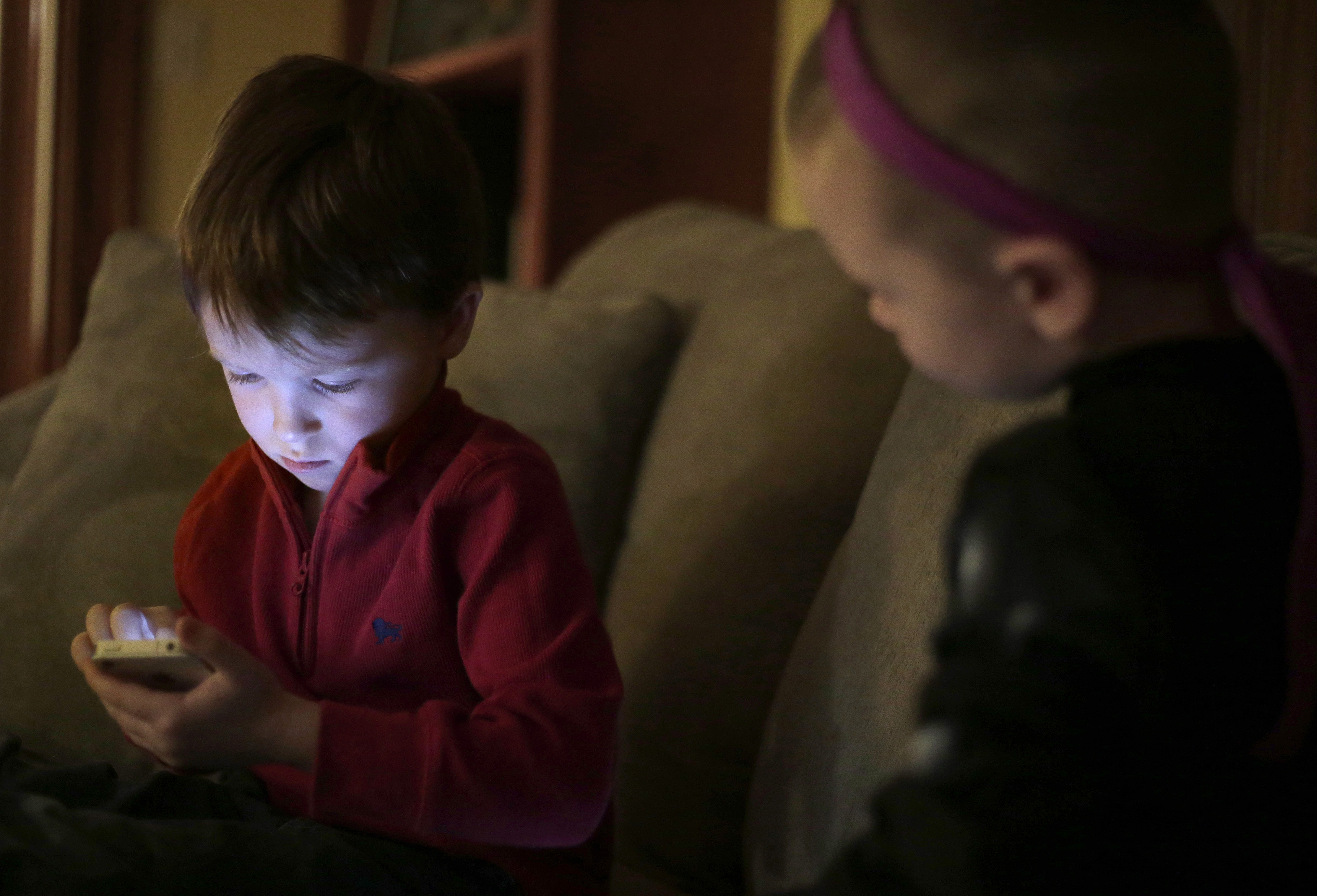 Every so often, Brandi Koskie finds dozens of photos of her 3-year-old daughter, Paisley, on her iPhone - but they aren't ones Koskie has taken.

"There'll be 90 pictures, sideways, of the corner of her eye, her eyebrow," said Koskie, who lives in Wichita, Kan. "She's just tapping her way right into my phone."

The hidden photos, all shot by Paisley, illustrate a phenomenon familiar to many parents in today's tech-savvy world: Toddlers love selfies. Observant entrepreneurs have caught on to these image-obsessed tots, marketing special apps that make taking photos super-easy for little fingers. You can even buy a pillow with a smartphone pocket so toddlers can take selfies during diaper changes.

But toddlers aren't the only ones taking photos nonstop. It's not unusual for doting parents to snap thousands of digital photos by the time their child is 2. Today's toddlers think nothing of finding their own biopic stored in a device barely bigger than a deck of cards.

While the barrage of images may keep distant grandparents happy, it's not yet clear how such a steady diet of self-affirming navel-gazing will affect members of the first truly "smartphone generation." Tot-centric snapshots can help build a healthy self-image and boost childhood memories when handled correctly, but shooting too many photos or videos and playing them back instantly for a demanding toddler could backfire, said Deborah Best, a professor of cognitive developmental psychology at Wake Forest University in Winston-Salem, N.C.

The instant gratification that smartphones provide today's toddlers is "going to be hard to overcome," she said. "They like things immediately, and they like it short and quick. It's going to have an impact on kids' ability to wait for gratification. I can't see that it won't."

Julie Young, a Boston-based behavioral analyst, has seen that firsthand. She was recently helping her 3-year-old son record a short birthday video for his cousin on her iPhone when he stopped mid-sentence, lunged for her phone and shouted, "Mom, can I see it?"

"It's caught on the end of the video. He couldn't even wait to get the last sentence out," said Young, who has two sons. "The second the phone comes out, they stop, they look and they attack."

Now Young and her husband make their sons wait to look at a new video or photo until after dinner or until the other parent comes home, when everyone can watch together. They are careful to sit with their kids when looking at photos and have adopted the phrase "practice patience" as a family mantra.

It's natural for toddlers to be fascinated with their own image (think mirrors), and that interest plays an important developmental role as they develop a sense of self, child development experts say. Watching a video again and again can also help move events from short- to long-term memory, Best said.

But like any other fun thing kids get obsessed with, too much of it can be bad. Parents should make sure some photos show the child with other family members or friends. Parents can also sit with kids and narrate the photo or video as if it were a bedtime story.

"When we read a book to a child, it's the same thing we do with these photos," Best said.

Koskie has noticed that cuddling in bed on a lazy Saturday morning and swiping through digital photos is one of Paisley's favorite activities, and it seems to encourage her to ask about her place in the world. They look at photos and videos together on the iPad going back to Paisley's birth and "she'll start to ask questions: `When I was a little tiny baby did I do this? Did I do that?'"

Paisley and the iPad are almost the same age: She was born two weeks after it came out. "That's a base-level, foundation technology for her," said Koskie, who handles marketing and content strategy for the email app EvoMail. "Someday it's all going to come back to bite me or she's going to come back and say, `Wow, there's this whole encyclopedia of my whole life.' We're very plugged in, for better or for worse."

Still, parents who remember the days before iPhones wonder if their children will ever really understand the power of a cherished photograph. Jason Michael, a 32-year-old father of two in Denver, has taken so many photos of his 11-month-old son and 4-year-old stepdaughter (about 4,000) that his iPhone's memory has filled up three times. His stepdaughter takes plenty of selfies and loves to film herself singing favorite songs, then watches the videos again and again.

Michael worries that all that visual noise may keep them from treasuring that one special image that can evoke memories decades later. For him, it's a photo of himself as an 8-month-old baby lying on a pink blanket decorated with a rabbit eating a carrot. He remembers the photo so vividly that he asked his mother for the blanket when his son was born.

"I know everything about that photo. But there are 20,000 photos of my kids, so will it have that same emotional impact for them?" Michael said.

"It sounds a little cheesy, I guess, but you look at the photos and it's so rich and there's so much you remember about it," he said. "Now, all they have to do is swipe their hand to the left and it's gone and there's a new picture."