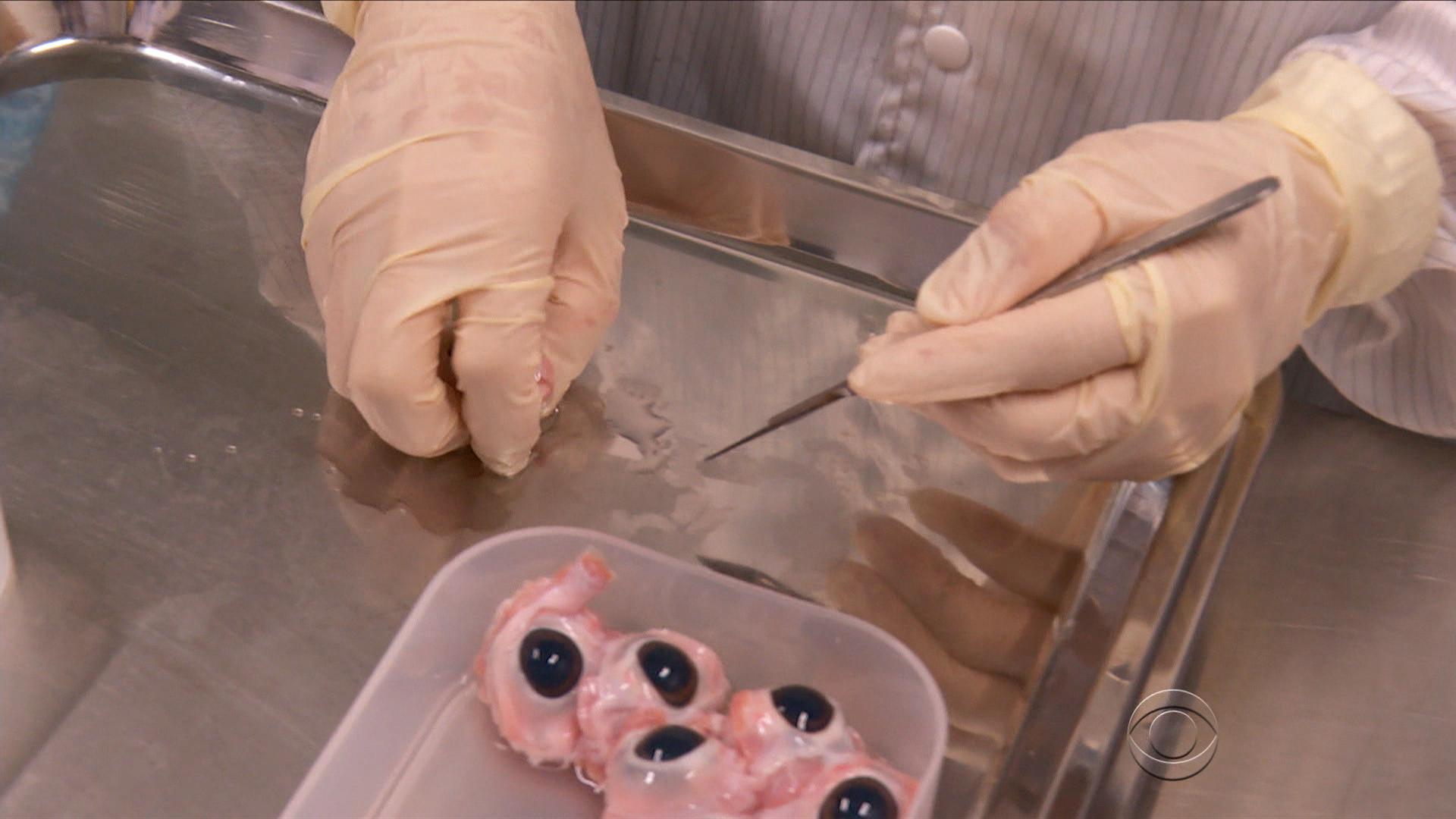 JINAN, China -- This past Tuesday was National Donor Day in the U.S. It’s held every Feb. 14 to raise awareness of the lifesaving benefits of organ, eye, and tissue donation.

There are about 120,000 Americans on the national transplant waiting list. In China -- population 1.4 billion -- there is a severe shortage of organ donors.

Science is bridging the gap.

Scientists are working on a possible breakthrough to restore sight. But the eyes they’re using aren’t human -- they’re from pigs.

These are actual eyeballs from pigs.

Feel like they’re all looking at you? “Well you don’t have to look at it!” laughs Zheng Kang Shao, the CEO of China Regenerative Medicine International, the company pioneering the procedure that makes pig corneas suitable for human transplant.

“Oh we do try many, you know, animals,” Shao said. “Finally we conclude, you know, the pig’s cornea is very similar to the human.”

Organ donations are rare in China. By tradition here, bodies should be left intact. But with 4 million Chinese people with cornea disease, demand far outstrips the corneas available.

When their patients come in and they propose giving them a cornea from a pig, what’s their reaction?

“We don’t usually say it’s from a pig,” he told us. “We say it’s an engineered product. If we said that, some would refuse it, though others probably wouldn’t care, as long as they’re cured.”

Construction worker Li Ping was left blind in one eye after an infection, and he was unable to support his family. He paid almost $6,000 for the transplant -- but he didn’t know he owed his sight to a pig, until we told him.

Could he believe part of his eye used to part of a pig?

“How should I feel?” he said. “But it’s a lot better than not being able to see.”