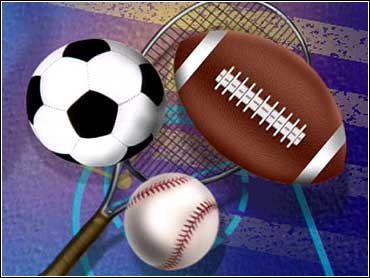 This column was written by Jessica Gavora.

Title IX turns 35 this month and the bad gals have officially won. Sex quotas in sports under the anti-discrimination law are de rigeur on college campuses. And the Bush administration's failure to even challenge this perversion of the law — concocted, for the most part, by and during the Clinton administration — means that eliminating men's sports opportunities in the name of "creating" opportunities for women now has bipartisan blessing.

The war for how Title IX will be enforced in the nation's colleges and universities is won. So where do aging, feminist, rent-seeking practitioners of gender politics go next? Why, to our high schools of course.

Title IX — the good parts, that is — has long and rightly been enforced in high schools. The law has protected high-school girls' right to equal athletic facilities with boys, their right to equivalent practice times and all the other uncontroversial indices of equality before the law.

But the question of what constitutes sex discrimination under Title IX when it comes to participation in high school sports has never been answered. And now the same coalition of activists, bureaucrats, and trial lawyers that brought us Title IX quotas in intercollegiate athletics is turning its attention to interscholastic athletics. Their version of what constitutes discrimination under Title IX is very specific and very narrow — anything less equal rates of participation by the sexes in athletics, even if that equality has to be achieved by limiting opportunities for boys.

This spring, as part of the festival of identity politics that is National Girls and Women in Sports Day, chick sports luminaries like Billie Jean King and Dominique Dawes fanned out across Capitol Hill as part of the Women's Sports Foundation's effort to lobby for increased Title IX enforcement in high schools. Because they're nothing but canny and adaptable, Title IX quota advocates are now using the catch-all excuse of the so-called "epidemic of obesity" as their rationale for forcing teenage boys out of the chance to play lacrosse. Their message: "Get your girls involved in sports; their lives depend on it!"

Leaving aside for the moment the boys who will be reaching for the Doritos and the remote after their athletic opportunities are inevitably slashed as the result of Title IX quotas in high schools, the gals from the Women's Sports Foundation need not have resorted to such alarmist rhetoric. Undisguised scare tactics, after all, are not necessary for members of Congress — be they Republican or Democrat — to stand by and allow Title IX to become the agent of the very discrimination it was passed to end.

At the center of the pro-quota activists' marching orders for Congress today is something called the "High School Sports Information Collection Act." It's modeled after the Equity in Athletics Disclosure Act (EADA), which for a dozen years has forced colleges and universities to annually report their athletic participation and expenses — broken down by sex — to the feds. The EADA was meant to be, and is, a one-stop-shopping list for trial lawyers and activist groups looking for schools to sue for failing to meet the Title IX quota. Now, courtesy of Senators Olympia Snowe and Patty Murray, they are about to have the same litigation hit list of high schools.

In a year in which Rutgers, James Madison, Ohio University, Butler, Clarion, Slippery Rock, and Syracuse have eliminated hundreds of men's roster spots in full or in part due to Title IX, we have yet to see — thankfully — boys' high-school teams eliminated under the law. But we are beginning to see boys athletic opportunities be limited due to Title IX quota creep in high schools.

But ginning up interest in additional girls sports is often difficult. Across Florida high schools, boys are prevented from playing sports like soccer, lacrosse, and volleyball despite the sports' huge popularity because finding girls to balance out the boys has proved all but impossible.

Federal fiat, it turns out, can provide for the additional sports for girls, but it can't make them come out and play. When gender bean counters told Martin County high schools that they "didn't have enough" girls playing junior varsity sports, the county instituted a full-court press to lure more freshman and JV female athletes. But response was so poor that one school had to cancel plans for girls' varsity soccer, another couldn't get enough players for JV basketball. At Martin County High School, the athletic director had trouble getting four girls out of a female student body of over 800 to come out for the new bowling team.

The implication of this is clear: If high schools follow colleges and universities in instituting gender quotas in athletics, boys will be forced to pay the price in limited or eliminated opportunities. Girls are too busy doing other things after school to turn out at the same rate for sports.

But before the spectacle of boys' high-school teams being cut for Title IX becomes as common as men's college teams being sacrificed for gender equity, the Bush administration has an opportunity to act.

Apart from issuing toothless guidance on using student surveys to comply with Title IX in 2005, the Bush administration has been a crushing disappointment to supporters of endangered men's sports. The administration had an opportunity to enact real reform when President Bush's own Commission on Opportunity in Athletics heard months of testimony of discrimination against boys and men under Title IX. But the White House balked and allowed itself to be intimidated into inaction by pro-quota women's groups. And last year, a political appointee in the Bush Education Department tried — ultimately unsuccessfully — to expand Title IX quotas into math and science programs.

But with record-low approval ratings comes the opportunity for redemption. President Bush should direct his Secretary of Education to issue a clarification stating unambiguously that the regulation that has given rise to Title IX quotas in colleges and universities does not apply in high schools. If protecting the ability of a twentysomething man to run track in college isn't worth the political pain of offending the pro-quota women's groups, defending the right of a 13-year-old boy to play baseball for the sheer love of the game should be.

The battle for intercollegiate athletics may be over, but the Title IX war rages on. It's time to draw the line at our high schools.

By Jessica Gavora
Reprinted with permission from National Review Online